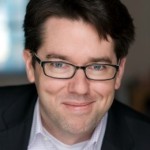 TimeLine Theatre has been selected to receive a $10,000 grant from the American Theatre Wing as one of the nation’s 10 most promising emerging professional theaters.

“It’s nice to have our work recognized outside of Chicago,” TimeLine artistic director PJ Powers told Chicago On the Aisle. “We have slowly and steadily built a reputation here in Chicago that’s of utmost importance to us.”

The Theatre Wing, which sponsors the annual Tony Awards, distributes grants for general operating support to recognize regional theater companies for their achievements, which include creating a distinctive mission, developing an audience and nurturing a community of artists “in ways that strengthen and demonstrate the quality, diversity, and dynamism of American theater.”

“We love being part of this community,” Powers said, “but it’s also to us as future leaders here to make ripples beyond this community, to have our mission of exploring history have a broader impact.”

Powers said the national attention would help TimeLine to develop relationships with artists and playwrights nationally and to forge connections with other emerging companies.

He, along with TimeLine managing director Elizabeth K. Auman, will attend the grant presentation ceremony Oct. 24 in New York City,

“I’m very excited about the awards luncheon and meeting other people like us, all working in the trenches,” Powers said.

TimeLine’s official mission is to present stories inspired by history that connect with today’s social and political issues, and to bring Chicago audiences provocative work that engages, entertains and enlightens.

“Some might think our mission is artistically limiting,” Powers said, “but we think it’s just the opposite – a broad canvas with a specific focus.”

Since its founding in 1997, the company has mounted 46 productions, including seven world premieres and 13 Chicago premieres. TimeLine has received 43 Jeff Awards, including an award for Outstanding Production eight times. Its Living History Education Program takes the company’s mission to students in Chicago Public Schools.