Interview: The Texas native talks about his unlikely mid-career burst into stardom at the Metropolitan Opera. Morris plays the hero Siegfried in the Met’s HD broadcast of Wagner’s “Götterdämmerung” at cinemas worldwide Saturday, Feb. 11.

If you haven’t yet caught up with opera’s Cinder-fella Jay Hunter Morris, there is an optimal opportunity mid-day Saturday to see the tall, blond Texas tenor as the hero Siegfried in the Metropolitan Opera’s live HD broadcast of Wagner’s “Götterdämmerung”  (The Twilight of the Gods). 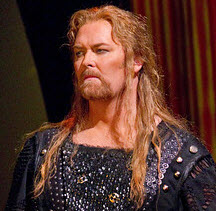 Like so many talented artists who have labored in the trenches, watching their chance for that Big Break wane with each passing year, Jay Hunter Morris was at a place in his career where he felt stuck. “I’m very fond of saying that I clawed my way up to the lower middle echelon of my field,” he said by telephone from the Met, where at last, near his own half-century mark, he is an overnight star.

There is no mistaking the delighted “I just won the lottery” lilt in his voice as he looks back at the incredible season that has put him on every opera company’s speed dial. “I was getting supporting roles and maybe some understudy parts, but the big roles just didn’t come,” said Morris. “There were not really any indicators – none – that I would have the year I’ve had.”

Morris may look and sound like a natural as the guileless hero of “Siegfried” and “Götterdämmerung,” but he says his path to the Met was in no way foreseen: “I’d love to tell you I had a voice inside my head telling me that sometime I would be a Wagnerian heldentenor and sing ‘Siegfried,’ but that is not the way it was.” 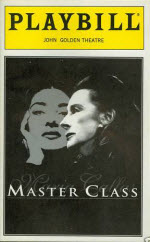 Morris first came to New York City’s attention in 1995, in a Broadway show — a supporting role in Terrence McNally’s “Master Class,” about the legendary diva Maria Callas in her later years. “I was Tony Tightpants,” says Morris, tongue-in-cheek, referring to the student tenor with a big ego who eventually gets Callas’ attention. The show started in Philadelphia and went to Los Angeles before opening on Broadway, and Morris stayed with it through several years and three leading ladies — Zoe Caldwell, Patti LuPone and Dixie Carter. His task was to sweep Callas away, in spite of herself, with the same aria from Puccini’s “Tosca” eight times a week.

The aria was “Recondita armonia,” about Cavaradossi’s love for Tosca. Morris insists he never grew weary of it. “I got to sing every day. Really, it was the best training, the best grounding, I could have hoped for. Back then I wanted to sing Cavaradossi in opera houses. I thought I would get the big Italian romantic leading roles, and I did, for a little while. But your voice changes.”

Morris credits Speight Jenkins, general director of the Seattle Opera and a fellow Texan, with nudging him into the German roles. “I remember singing Puccini’s ‘Manon Lescaut’ in Seattle and being really happy with it, certainly convinced it was the best singing that I had ever done,” Morris recalls. “But Speight said to me, ‘You know, I’m not sure your sound is really Italian.’

“At that time, also, I thought it was all about singing loud, but Speight said, ‘Maybe your loudest sound is not your best.’ He encouraged me to seek beauty in my sound, and ease, and elegance. So I have a lot of love for him, and for my teacher Bill Neill, for pointing me in the right direction.”

Meanwhile, as other tenors were undertaking Wagner’s formidable Siegfried roles in both “Siegfried” and “Götterdämmerung,” and feeling the strain particularly in the notorious killer “Siegfried,” Morris was re-grouping, resting his voice and learning the heldentenor repertoire. He understudied the Siegfried roles in Seattle in 2009, and in Los Angeles in 2010, and he was scheduled to cover “Siegfried” in 2011 in San Francisco when he was asked to step into the lead role, getting more than decent notices.

Then in the fall of 2011, Morris was doing his usual understudy drill at the Met when first one and then another tenor pulled out of “Siegfried,” the latter within a short week of opening night. Met general manager Peter Gelb asked Morris if he was ready.

Morris said yes, survived the high wire act as you can see from this excerpt, and now is living the heldentenor’s dream. He’ll be back at the Met in late April, when the company presents three complete cycles of Wagner’s Ring, followed by his first Tristans in concert in Valencia, Spain (June 2012), a turn as Capt. Ahab in Jake Heggie’s “Moby-Dick” in San Francisco (October 2012), a Ring Cycle in Florence (January 2013) and Wagner’s “Flying Dutchman” in Los Angeles (March 2013).

“I cannot believe the things that I am going to get to sing, and the places, and the people I will be singing with,” says Morris, his voice climbing with incredulity. “I mean, my very first Tristans will be with Zubin Mehta. It’s crazy. My name has never appeared anywhere near his. Thanks to San Francisco and the Met, a lot of doors are swinging open.” 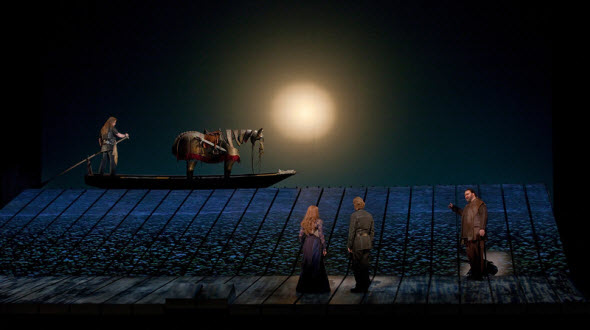