The Berlin Philharmonic began live concert broadcasts over the Internet in mid-2009 amid some high-tech speed bumps. Is 2012 the year it all comes together?

There’s a reason that the Berlin Philharmonic’s live HD broadcast concerts have not yet achieved the stunning commercial success with worldwide audiences that the Metropolitan Opera’s HD cinema events can claim. 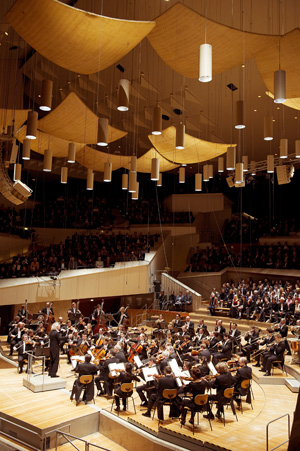 All you have to do is arrive at the movies an hour early for a Metropolitan Opera broadcast to see the considerable technological prep on the receiving end that goes into each event — the extended soundchecks with clapboards, the video samples for color and sharpness tuning.  All this in addition to the cinema’s physical installation of speakers capable of  HD sound.

That’s tech prep that someone else is doing for your $20 opera ticket.

But for the Berlin Philharmonic’s undeniably impressive Internet broadcasts and vast digital archive,  which began streaming into homes in June 2009, you had to do the configuring yourself.

For many listeners back then, it was just too much bother. Connecting the Internet from a desktop computer to a television, and using the home’s best loudspeakers, often meant re-thinking functions and hard wiring that had existed in separate rooms entirely (such as office, living room and den).

In addition, the typical older TVs and computers had incompatible inputs and outputs that needed retro-fitting. And most standard Internet speeds back then caused Berlin’s international transmissions to stop and stutter.

This may finally be the year that the Berlin Philharmonic’s Digital Concert Hall, the orchestra’s broadcasting website, gets the audience it deserves.

Was there high-tech in your holiday bounty? With the new Internet TVs, converged phone/TV/Internet services, awesome wireless devices and screaming data speeds, the impediments to receiving live HD concerts in the home are steadily disappearing. The Berlin Philharmonic has tweaked technical performance and pricing options on its end, too.

But there is also quite a bit that’s free, provided you register and sign up for a “Free Ticket.” 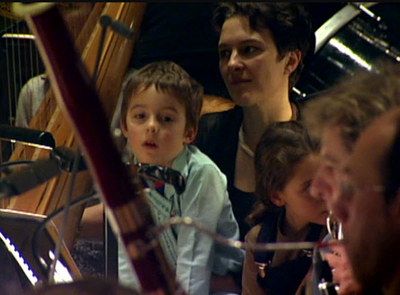 There’s a compelling one-hour family concert version of Humperdinck’s “Hansel and Gretel” that would provide a good test run.  It characterizes what is best about the orchestra’s concerts generally: subtle camera work, first-rate musical values, and a clear sense that the musicians and audience are having a great time. (Children are peppered throughout the orchestra in “Hansel and Gretel” and those camera shots are some of the best. )

Berlin Philharmonic broadcasts typically occur on weekends at 8 p.m. Berlin time, which translates to 1 p.m. matinees in Chicago (2 p.m. Eastern). After the concerts are broadcast, they are posted into the Philharmonic’s digital archive, where they can be played on demand, along with older documentaries about the orchestra and wonderful interviews conducted by members of the orchestra, with soloists and conductors who are passing through. 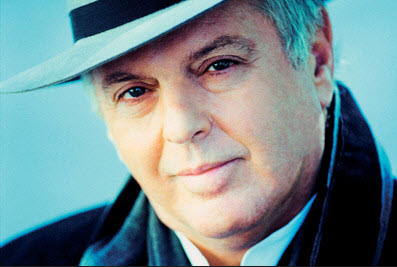 Upcoming programs include Elgar’s oratorio “The Dream of Gerontius,” on Jan. 14, conducted by Daniel Barenboim,  former music director of the Chicago Symphony Orchestra, with mezzo-soprano Anna Larsson  as the guardian angel. (“Gerontius” is rarely performed in the U.S., although it was done by the Chicago Symphony in 2002, with Barenboin and Larsson in the same roles.)

Between January and June there will be 18 more concerts featuring classical music’s elite. Sir Simon Rattle, Berlin’s principal conductor, is joined by his wife, the mezzo soprano Magdalena Kožená, for Mahler’s “Rückert-Lieder” on Friday, Jan. 27, and he will conduct later concert performances of the complete operas “Carmen” and “Die Walküre.”

Notable among the jewels in the archive is the 2010 performance of Bach’s St. Matthew Passion, which was conducted by Rattle and given a ritualized staging by Peter Sellars that made use of the asymmetrical concert hall interior designed by Hans Scharoun. There is also a delightful interview with Sellars on his experiences with Bach in Boston as a young adult. You can sample it here: