As speculation on Muti’s successor ramps up, rumor mill offers a spin: He may not be leaving 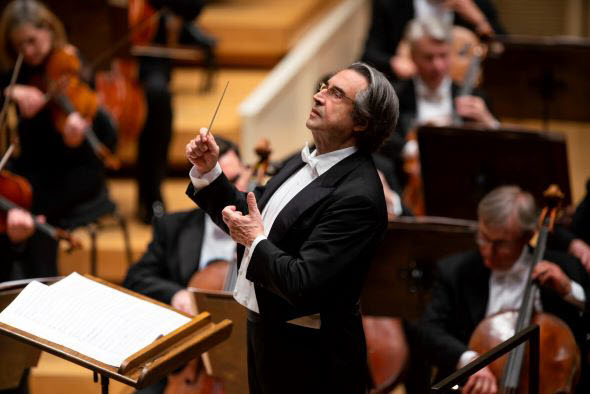 Riccardo Muti’s nominal final season as music director of the Chicago Symphony Orchestra commenced with a dazzling first wave of concerts capped by the announcement of an extensive North American tour in January. Then, no sooner had Muti wrapped up his first three weeks at Orchestra Hall than the British website Slipped Disc posted a hot rumor that Muti isn’t going anywhere after all – that the CSO intends to title him music director emeritus and that he will have a significant presence in Chicago for the 2023-24 season. 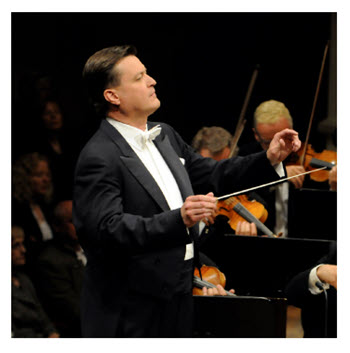 German conductor Christian Thielemann ends a 20-year absence from American orchestras when he leads the CSO in November.

Muti will turn 82 before next season gets underway, and the search is on for his successor as CSO music director. If every conductor who comes to town this season might be seen as auditioning for the job, three perhaps bear special attention.

The celebrated German Christian Thielemann, chief conductor of the Staatskapelle Dresden, ends a 20-year interval since his last appearance with an American orchestra when he leads the CSO in Bruckner’s Symphony No. 8 in concerts Oct. 20-25.

Austrian conductor Manfred Honeck, a favorite with CSO musicians and audiences alike, leads Shostakovich’s Symphony No. 5 the weekend of Nov. 17-20. Honeck’s recently extended contract as music director of the Pittsburgh Symphony ties him up through June 2027. But the CSO has vamped between music directors before (the four years between Daniel Barenboim and Muti, for example), and the possibility of Muti’s continuation would only make the wooing of Honeck more plausible.

And then there’s the third man on the horizon: the 26-year-old Finnish phenomenon Klaus Mäkelã, who seems to have the entire orchestral world in pursuit of him. Mäkelã, who made a stunning CSO debut last season, returns Feb. 16-18, 2023, to conduct Mahler’s Symphony No. 5. He already wears several directorships around his neck and most recently entered an arrangement to become chief conductor of the Amsterdam Concertgebouw Orchestra when he’s available, in 2027! Could Mäkelã, at age 31, take on artistic leadership of two of the world’s most important orchestras simultaneously? Would the CSO be game for such a gambit? 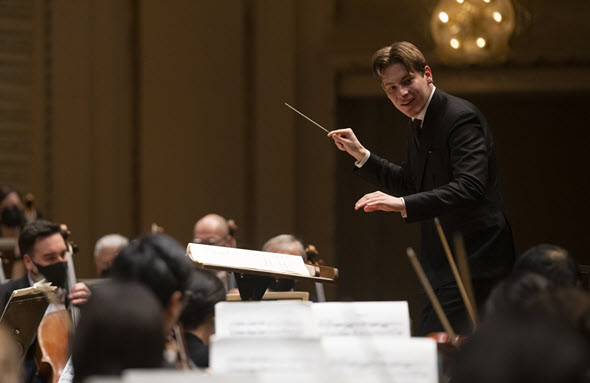 As the Chicago Symphony has been officially mum on the post-Muti quest, speculation has been rising in a long crescendo and doubtless will grow noisier for quite a while. After all, every baton that’s raised over this virtuoso ensemble could be in the hand of the CSO’s next music director.

What is happily beyond speculation is Muti’s cumulative, immediate and enduring effect on music-making at Orchestra Hall. I’ve tracked the conductor’s work through all 13 of his splendid seasons with the Chicago Symphony. It has been a wonderful musical match, and never more burnished or illuminating than in the first three weeks of this autumn. In the finale of his opening stint for the season, Muti turned one of the most-played (and beloved) pieces in the orchestral repertoire, the Mussorgsky-Ravel “Pictures at an Exhibition,” into something exhilarating and quite surprising. The brilliance of the orchestra’s performance – from strings to woodwinds and brasses to the great bell that punctuates at the close of this Technicolor portraiture – was something to relish: a delight mirrored in two thousand smiley faces. 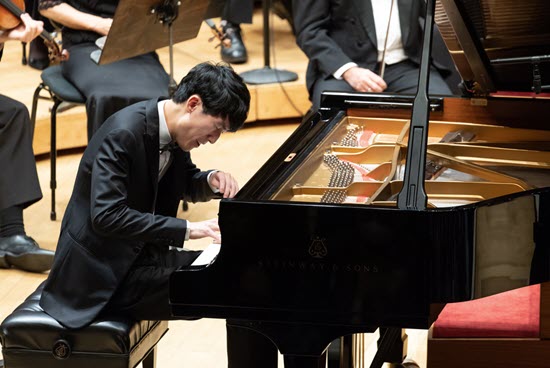 That concert on Oct. 6 also introduced the 24-year-old American pianist Eric Lu, who made his elegant CSO debut with Mozart’s Piano Concerto No. 27 in B-flat. The finesse and fluency of Lu’s playing were complemented by the pianist’s pervasive understatement. Subtlety ruled Lu’s performance, a perspective in which the young musician found an ideal collaborator in Muti. Likewise, a scaled-down version of the CSO embraced the soloist with glowing accommodation.

Muti won’t be back on the podium at Orchestra Hall until late February, but he will lead the Chicago Symphony on an extensive North American tour in January. The seven-city, eight-concert tour begins with the orchestra’s first appearance in Mesa, Ariz. (Jan. 22), then continues with three California concerts: Costa Mesa (Jan. 24), Santa Barbara (Jan. 25) and Stanford (Jan. 26). After concerts in Stillwater, Okla. (Jan. 28) and at the University of Iowa (Jan. 29), the tour wraps up with two performances in Toronto (Feb. 1-2) – the CSO’s first appearance in Toronto since 1914 and its first in Canada since 1976.

On a second trek, Muti will take the orchestra to Kansas City and three Florida cities for concerts Feb. 26-March 4.