With her Third String Quartet, Amy Wurtz sees extension of legacy of Beethoven and Bartók 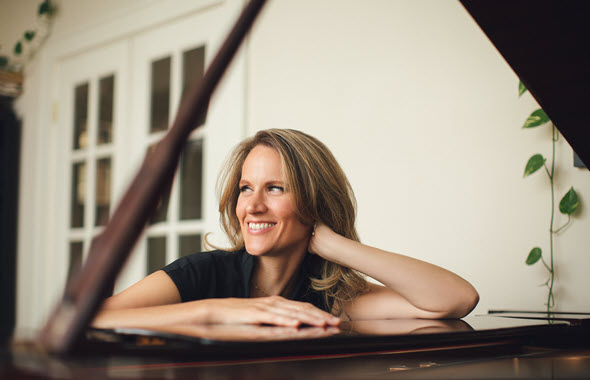 Preview: The Wurtz world premiere is the latest commission by the Chicago-based American Music Project, which promotes new music.

There was a time, not so long ago, when the term “classical music” meant “European classical music” to most people. But there has long been a vibrant American classical tradition, too. In 2014, the Chicago-based American Music Project (AMP) launched a new program to periodically showcase all-but-forgotten gems by American composers of the 20th and 21st centuries and to commission new musical works, as well.

After a Covid-induced hiatus, the Project will relaunch June 5 at Ganz Hall with a concert by the Chicago-based Kontras Quartet in a wild mix of music by composers old and new. The agenda includes a world premiere by Chicago composer and pianist Amy Wurtz, whose String Quartet No. 3 is the Project’s latest commission. 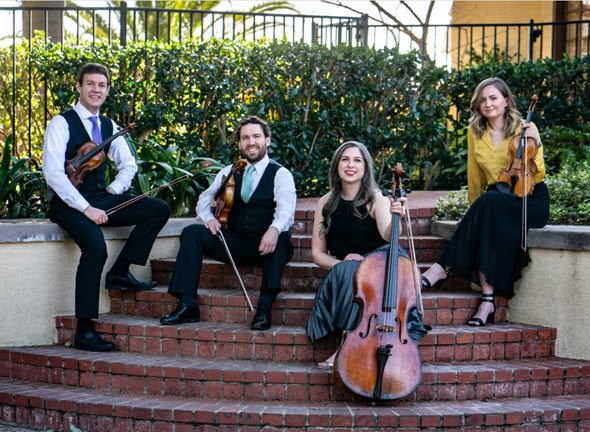 Wurtz’s new work will be in the all-American company of other music by 85-year old icon Philip Glass; Vincent Persichetti (1915-1987), who was one of Glass’ mentors; African-American composer/jazz artist Frederick Tillis (1930-2020); and Chicago-based bassist and composer John Elmquist, who founded the HardArt group in 1999 and teaches at the Merit School of Music.

“Chicago audiences are pretty good about accepting music in general,” said AMP founder Lawrence A. Johnson. “It’s the main reason I started the project here. Very little American music was being done by the large orchestras. The Chicago Symphony has performed short pieces by African-American composers, which is wonderful, and it’s great to see composers like Florence Price getting their overdue attention, but there is a big swath of American 20th-century music that’s almost never done at all.” Johnson is the founder and editor of Chicago Classical Review, a web-based music site with affiliate outlets in several other American cities.

“Persichetti’s music is hardly known,” Johnson said, “and his Third Quartet, a single movement work which lasts 23 minutes, has a brilliant working-out from the start. It’s one of the best string quartets ever. Glass turned 85 this year, so it’s an acknowledgement. Elmquist’s short piece ‘Sacred Traces’ leads off the second half, and that leads to a portion of Frederick Tillis’ Spiritual Fantasy No. 12, which takes the spiritual and works it out in interesting ways. The string writing is extraordinary.”

The world premiere of Amy Wurtz’s Third String Quartet was supposed to happen two years ago, said the composer, who was delighted at the AMP commission. “There’s such a strong quartet tradition to be part of, from Haydn to Beethoven to Bartok,” she said. “And yet it’s very difficult to get these commissions. There is so much competition in the world. I don’t think that commissioning is something most people realize they can do.” 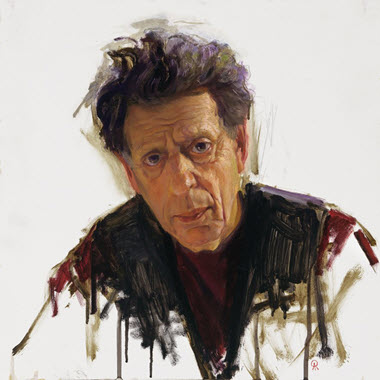 The extra time has given Wurtz the ability to get feedback from the players: “The back and forth is really a benefit. And I think there are different ways of progressing when you compose a piece. My first two quartets came in a line, almost like one was a continuation of the other. But there have been lots of years, and lots of life, between my second and third quartets, so I did want to try something new in terms of my own feelings.

“I think people are going to say, ‘Oh, yes, this is another piece by Amy.’ It’s not going to seem entirely new. But the new aspect was that I felt more free, not bound by any obligation to a certain style or form. It’s played straight through with no movement breaks, kind of broad and expansive, like an extemporaneous discussion between the players along recurring themes.

“I can’t seem to get away from my love of counterpoint, so there are some fugal patterns in there, but there is definitely more freedom. I let the musical themes really roll with their curves. When my deadline was take away, it opened the floodgates.”