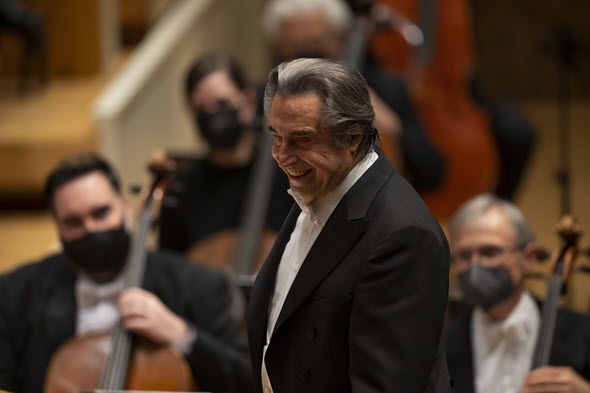 In the original plan for this season, the Chicago Symphony Orchestra and music director Riccardo Muti were supposed to be touring Asia about now. But somewhere in the muddle of Covid and politics, that trek was canceled. So the band and its director ended up with three extra weeks at Orchestra Hall. To begin this unexpected residency, Muti and company served up a sensational Beethoven concert Jan. 13. 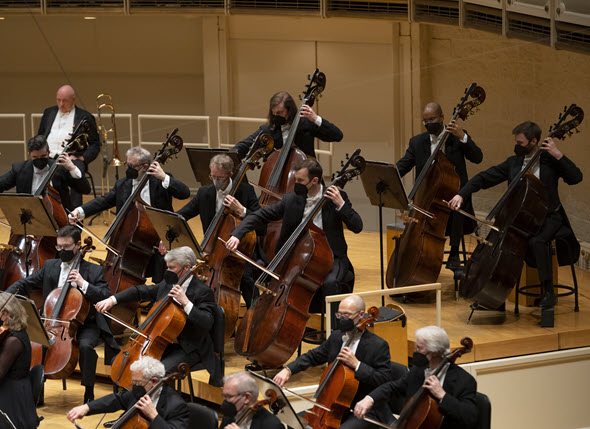 CSO audiences are getting generous helpings of Beethoven this season, perhaps as fallout from the Covid-disrupted 2019-20 season, the Beethoven 250th-anniversary birth year when Muti had plotted out all nine symphonies with the Ninth providing the grand finale. The pandemic blew up that plan, and when the CSO finally got back to playing concerts last fall, Muti opened the season with consecutive weeks featuring the “Eroica” Symphony and the Seventh, and guest conductor Giancarlo Guerrero led the First Symphony a few weeks ago.  Muti also will come back around to the long-deferred Ninth with four performances Feb. 24-27.

It’s hardly overstatement to say that irrespective of what the band is playing, Muti’s presence alone guarantees sold-out concerts at Orchestra. Hall. Or anyway that’s true in normal times, which these are not. Covid has taken a wrecking ball to theaters everywhere. On this occasion, the expansive lower balcony of Orchestra Hall looked about one-third empty. To play on or not to play on is a big question in light of the highly contagious Omicron variant. Chicago theaters have been wrestling with this dilemma since mid-December, when the Joffrey Ballet shut down its “Nutcracker” and Goodman Theatre shuttered “A Christmas Carol.” Lyric Opera has postponed its next production, and several theaters have scratched or deferred plays. But the CSO has soldiered on, and mostly the turnout has been strong.

If the wash of empty seats was un-Muti-like, the performance of Beethoven’s Fifth and Eighth Symphonies and the “Coriolan” Overture bore the singular imprimatur of a conductor whose directorship here has only enhanced the Chicago Symphony’s longstanding reputation among the world’s preeminent orchestras. Muti and his precision ensemble delivered as brilliant an Eighth Symphony as I ever heard, whether live or recorded. 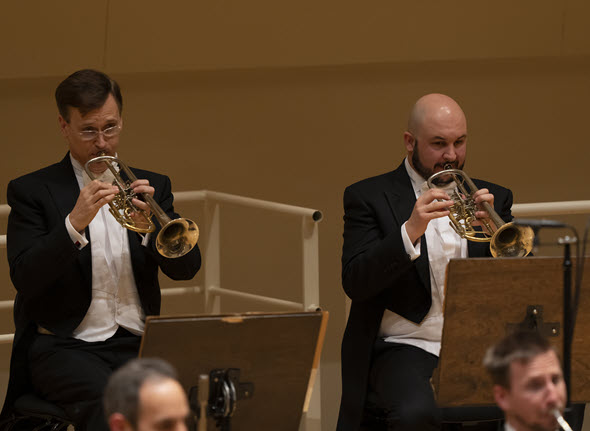 It was brisk and buoyant, witty and surprising. This was Beethoven fully armed, albeit in full obeisance to his great forebears Haydn and Mozart. Muti and company conjured Beethoven’s claim that he loved the Eighth in the same special way he loved that other oft-neglected child of this creative genius, the Fourth Symphony. Reflecting qualities that make Muti such a distinctive and compelling conductor, this Eighth Symphony unfolded in luminous clarity and stylistic awareness. The orchestra, ever responsive to Muti’s atomic-level inflections, delivered a performance of burnished surfaces and deeply grained humor.

As for the Fifth Symphony, which Muti had led in four performances at Orchestra Hall in that aborted Beethoven year, just before the Covid hammer came down, this time around was no less marvelous than the last one – crackling, incisive, fraught with tension and graced with eloquence. Decades ago, before I ever insinuated myself into music journalism, a prominent critic suggested that Beethoven’s Fifth Symphony be pulled from the repertoire for 50 years. And when the composer and critic Virgil Thomson decided to step down from his newspaper post, he famously declared that he had “nothing more to say about Beethoven’s Fifth Symphony.”

Clearly, Muti does. The concise, coiled power of the Fifth Symphony was everywhere apparent in Muti’s efficient, closely gauged concept, and in the propulsive urgency of the low strings as well as the great brass proclamations that launch the finale and then land it. But no less wonderful was the lyrical finesse displayed by the strings and winds in the second movement, Beethoven’s respite from the prevailing tension in an amiable set of variations that shone in the sensibility of Muti the opera maestro.