Lang Lang ignites Bach in a pianistic blaze: ‘Goldberg’ Variations for the here and now 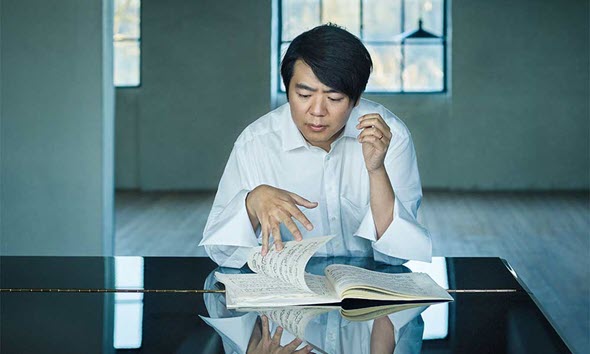 It was a prodigious event, pianist Lang Lang’s 93-minute non-stop excursion through Bach’s “Goldberg” Variations before a packed Orchestra Hall. In a blazing display of virtuosity, the celebrated pianist powered through every technical obstacle on a winding course laden with them. All that said, this staggering exhibition had little to do with Bach as a composer of the early 18th century. What unfolded here was a rigorously considered perspective on Bach as viewed through the filter of Liszt. Lang Lang’s nouveau-Baroque journey was about the pianist and the expressive scope of the modern piano.

The “Goldberg” Variations take their name from Johann Gottlieb Goldberg, a harpsichord player in the employ of a count who commissioned the work from Bach to pacify him in nights of aristocratic insomnia. The work consists of an aria Bach had written some years before followed by 30 variations, an encyclopedic exploration of Baroque keyboard form and technique spiced by witty cross-hand episodes and pausing occasionally for ruminative arias. At the end, the ethereal aria upon which the whole structure rests reappears in its original simplicity. All told, a marvelous entertainment, teeming with invention, at once exhilarating and profound – an utterly beguiling 90 minutes, to be sure.

Lang Lang’s sweeping, thoroughly romanticized approach to the “Goldbergs” brought to mind, if paradoxically, the concept of “informed” performance practice, which usually refers to attempts to recreate Baroque musical performance as gleaned from the latest research. While Lang Lang’s approach suggested not the least concern for how these pieces might have sounded three centuries ago, it was absolutely “informed.” He knew exactly what he was doing. His “Goldbergs” were Bach re-imagined and re-attuned for the 21st century.

That this was not going to be the purist’s Bach was instantly evident in the pianist’s dreamy turn through the preliminary aria. The music might have been a companion piece to the Schumann “Arabesque” in C, Op. 18, with which he prefaced his Bach marathon. The “Arabesque” and the Bach aria possessed much the same languor.

With the French Overture variation, which sounded more Offenbach than Bach, Lang Lang headed down his own path.

And with that, the pianist headed down his own brave new path, imposing a sort of tragic overlay on a minor-key canon, succumbing to an almost Wagnerian love-death in a long-lined aria – and remaking the 28th variation, a study in trills, in the very image of Liszt at his most notoriously flamboyant.

The penultimate of the 30 variations is marked Tempestuous. Indeed. I felt the storm; I just couldn’t find any remnant of Bach in it.