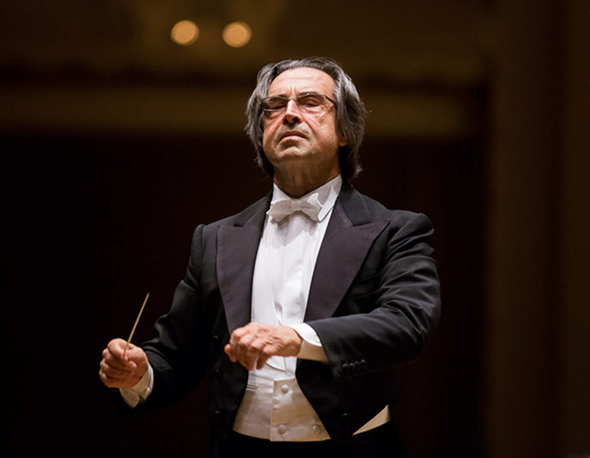 Riccardo Muti, currently beginning his 12th season with the Chicago Symphony, will extend for another full season after this, according to the orchestra association. (RiccardoMuti.com)

Just hours ahead of Riccardo Muti’s return to Orchestra Hall for the opening concert of the Chicago Symphony Orchestra’s 2021-22 season and with it an end to the CSO’s nearly 19-month, pandemic-induced silence, the orchestra announced Sept. 23 that the 80-year-old maestro had agreed to a one-year extension as music director through June 2023.

Compounding that upbeat development was the simultaneous announcement that Muti’s add-on season would include Beethoven’s epic Missa Solemnis, a work the conductor had planned for the beginning of the lost season 2020-21 as the crowning flourish of the CSO’s yearlong celebration of the composer’s 250th anniversary. That event was to have been Muti’s very first go at the Missa Solemnis, composed late in Beethoven’s life, just before the Ninth Symphony. Instead, Muti conducted the work for the first time this summer at the Salzburg Festival with the Vienna Philharmonic. (A video of what’s in store for Chicago is available here.) 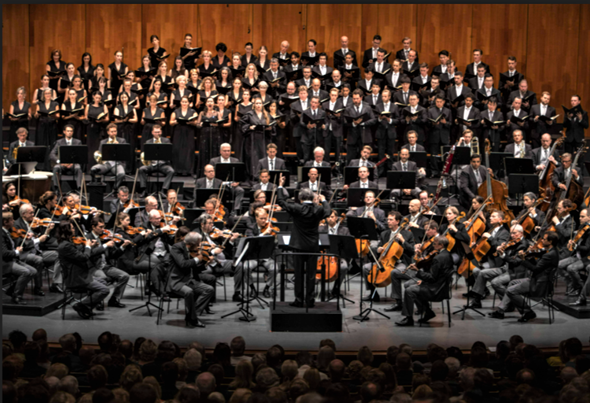 Because of Covid, Muti conducted his first Beethoven Missa Solemnis at the Salzburg Festival this summer instead of Chicago, with the Vienna Philharmonic and the Vienna State Opera Chorus. He will lead the CSO and Chorus in Beethoven’s work next season. (Marco Borrelli, Salzburg Festival)

Incredible as it may seem that a conductor of such eminence and accomplishment had never before tackled Beethoven’s monumental mass, Muti explained that he had simply never felt equal to the work’s sheer magnificence and profundity.

“So high is the message that I felt always too small in front of such music,” Muti said in an interview with Chicago On the Aisle by phone from his home in Ravenna, Italy, just before leaving for Chicago. “I had always been very reluctant in front of the great works like Beethoven. The first time I did the Ninth Symphony I was already 46 years old. The Missa Solemnis was the first score that I bought, and since then I have studied it and studied it, but I always felt that it was not the time.”

Like many other orchestras, the Chicago Symphony was deep into its Beethoven year when the pandemic curtain came down on theaters, opera houses and concert halls around the world. Picking up that thread, Muti will spotlight two of Beethoven’s most popular symphonies in his first two weeks with the CSO this fall – the Third (“Eroica”) in the orchestra’s opening weekend, Sept. 23-25, followed the next week, Sept. 30-Oct. 2, by the Seventh. 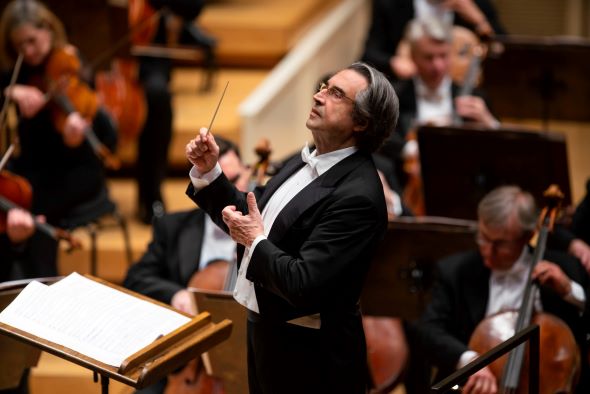 It has been 20 months since Muti was last with Chicago Symphony Orchestra musicians, but they will perform together often this season and next. (Todd Rosenberg, CSO)

Muti, who is not always keen about explaining the why of his programming choices, had a ready answer for why he picked Beethoven’s grand-scaled “Eroica” (Heroic) Symphony:

“The people have been heroic through this difficult time,” he said, “and the ‘Eroica’ Symphony comes from a man who also suffered so much in his life also. The Third Symphony and the Seventh are masterpieces that people need to hear again – live, with all the energy and electricity of the concert hall. That is the meaning of theater, which the ancient Greeks and Romans and Shakespeare knew. We have to experience again this great coming together, and to feel the music of the ‘Eroica’ is the best beginning.” (A video is available, on YouTube.com, of his Muti’s last performance of the “Eroica” with the CSO, in 2019.)

Muti acknowledged that the first convening of musicians and audience at Orchestra Hall will be an emotionally charged moment.

Muti and the CSO, prior to Covid, seen from high at Orchestra Hall. (Todd Rosenberg)

“Can you imagine how it will be for the public to come back to hear this music together as we perform it, when for almost two years they have had to find other ways to nurture their souls and their minds, other entertainments?” he said. ” So it is a very complicated thing, to go back to what we considered, at one time, to be normality. I have been in touch with musicians, who are happy to be back, and I hope the public feels the same way. I know that many are afraid to go into the concert hall, and to breathe the air when somebody may be contaminated.

“We have to assure the public that the theaters are the safest places in the world. Generally, people don’t talk during a performance anyway, and they try not to cough while the music is playing, so that makes the concert hall a relatively safe place. I am encouraged to come back to Chicago and try to assure everyone that this is possible. I always like to repeat a phrase from Cassiodoro (Magnus Aurelius Cassiodorus Senator, a sixth-century Roman statesman). He was a man of great spirituality. He said if you live in a spirit of injustice, then God will punish you – he will take away your music. It is a famous phrase that says music is a gift from God to cure people’s souls. 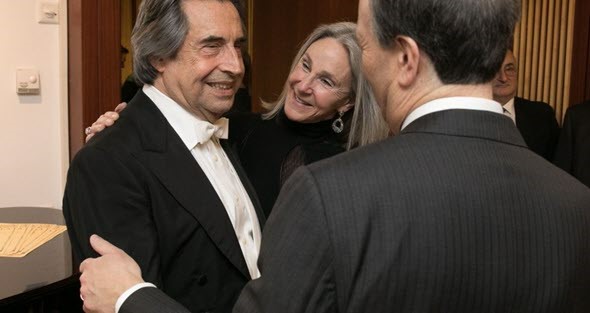 “This time for us has been a terrible experience. People have lost their relatives. But as a people, we say that life has to go on. What we need now is love with a capital L.”

Muti’s one-year extension in effect makes up for the year lost to the pandemic. Besides his usual 10 weeks with the CSO at Orchestra Hall, he will lead a tour in January 2023  to Taiwan, China and Japan.

In a statement included with the CSO’s news release, Muti said: “I look forward to being in Chicago again with the musicians to bring music back into the city. I am very proud of the musicians of this great orchestra and happy to stay as music director to continue our great artistic collaboration, and to work with our trustees, volunteers and administration to keep music an important part of our community and a beacon of hope around the world.”

Said CSO board chair Helen Zell: “The unique artistry of Riccardo Muti and the Chicago Symphony Orchestra is recognized as something truly exceptional not only in Chicago, but also around the world. After such a challenging time without the opportunity to connect to the joy of live music, we are grateful that Maestro Muti has accepted our invitation to stay with us to make music that lifts our spirits and inspires us.”