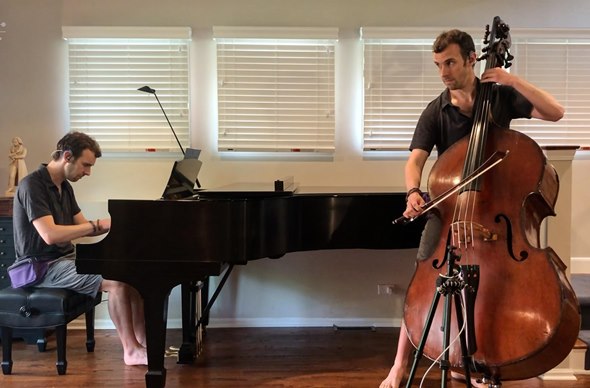 Preview: CSO’s Virtual Day of Music spotlights members of the orchestra separately and together in a marathon of music-making.

Sumer – or summer, if you insist on the modern spelling over 13th-century Middle English – has indeed come in. The summer solstice, marking the longest day of the year and the first day of summer, came June 20, a little early this year. And to celebrate the occasion, musicians of the Chicago Symphony Orchestra have organized a Virtual Day of Music – intimate streamed performances over a span of eight and a half hours June 21, beginning every half hour from 10 a.m. to 6:30 p.m. 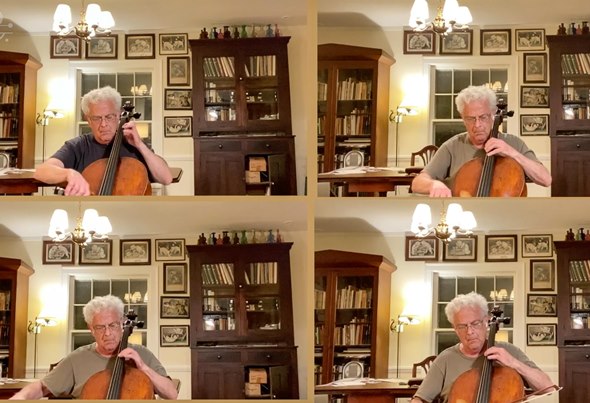 The free daylong festival is the brainchild of Cristina Rocca, the CSO’s vice president of artistic planning, who wanted to recreate the annual Fête de la Musique she enjoyed every June 21 in Paris in the 1980s.

“There was music – all kinds of music, Bach, rock, jazz – on every street corner all over the city,” Rocca recalled. “People would come into Paris from everywhere for the whole day. Some of the musicians were professionals, others were amateurs. It was always a wonderful time.

“That’s the spirit of this fête. We invited any CSO musician who wanted to play, and we got an amazing response. We thought we might get half a dozen pieces, but we ended up with 18. There’s even a member of the Chicago Symphony Chorus and a jazz pianist. We left it completely up to them, whatever they wanted to play.” 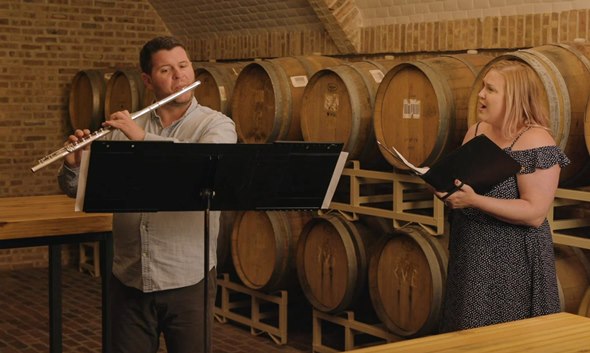 The resulting “program” ranges from Beethoven and Bach in fairly straightforward settings to cellist David Sanders playing all four parts of the Serenade for Four Cellos by the 19th-century German cellist and composer Georg Eduard Goltermann.

And who knew that CSO principal bass Alexander Hanna is also a pianist? He plays both instruments in Saint-Saëns’ “Elephant” vignette from “Carnival of the Animals.” Soprano Kimberly Gunderson, a member of the Chicago Symphony Chorus, will sing Roussel’s “Rossignol, mon mignon” from “Deux poèmes de Ronsard,” assisted by guest flutist Christopher Buckler. 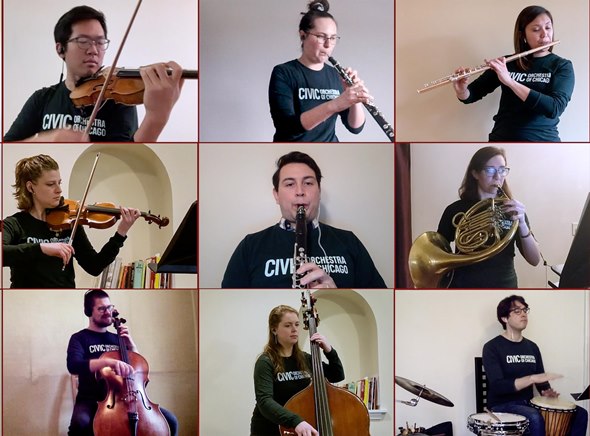 Members of the Civic Orchestra funnel their separate parts into the Juba Dance from Florence Price’s Symphony No. 1.

The musicians mostly did their own separate recordings, whether at home or at a location of their choosing. CSO photographer Todd Rosenberg was master video editor for production of the 18 videos. Whatever audio tidying up or collating may have been required fell to CSO sound engineer Charlie Post. Surely the most complex post-production challenge was presented by members of the Civic Orchestra of Chicago and their performance of Juba Dance from Symphony No. 1 in E minor by the African American composer Florence Price. 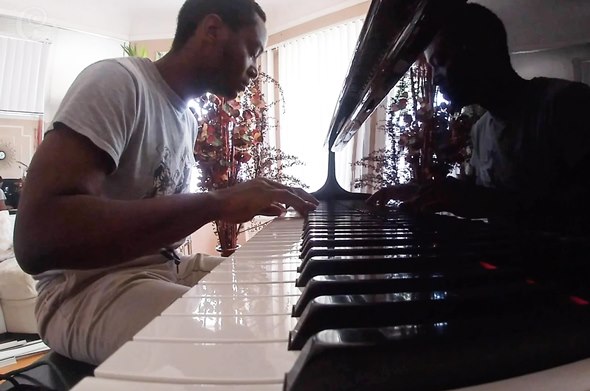 Jazz pianist Thaddeus Tukes offers his own composition, “For Her.”

A complete schedule of artists, selections and times can be found here. Performances begin on the half-hour, each lasting about three to 10 minutes. The festival can be accessed on all CSO virtual platforms: Facebook, Instagram, YouTube and Twitter. After June 21, all performances will be available on demand.

“There was so much enthusiasm by all the musicians to do this,” said Rocca. “I think it shows how much we need to celebrate music and how music can help everybody during a period that can be so lonely and difficult.”