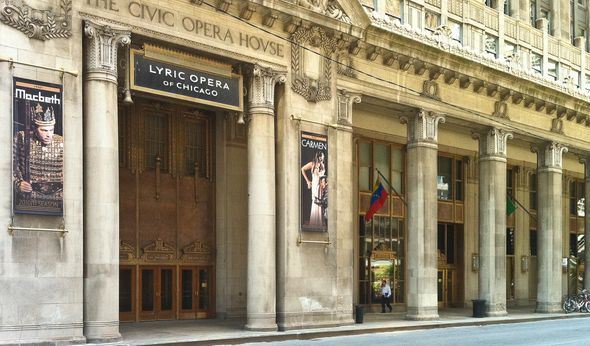 All’s quiet at the Lyric Opera, which has postponed the remainder of its season to seasons to come.

Lyric Opera of Chicago announced April 2 that it will defer its spring musical, “42nd Street,” along with all other spring projects until coming seasons. Meanwhile, the Chicago Symphony Orchestra unveiled collaboration with WFMT to broadcast and stream a series of Tuesday programs from the orchestra’s concert archives and CDs, curated by music director Riccardo Muti.

Lyric has declared an “end of public performances and activities through June 30,” which marks the end of the company’s fiscal year, general director Anthony Freud said in a statement.

Lyric will present the new-to-Chicago production of “42nd Street,” originally scheduled to run May 29-June 21, in the spring of the 2021-22 season. The large-scale production from Théâtre du Châtelet in Paris will still make its U.S. debut at Lyric, and Stephen Mear, who was set to direct the production this spring, will return to direct. 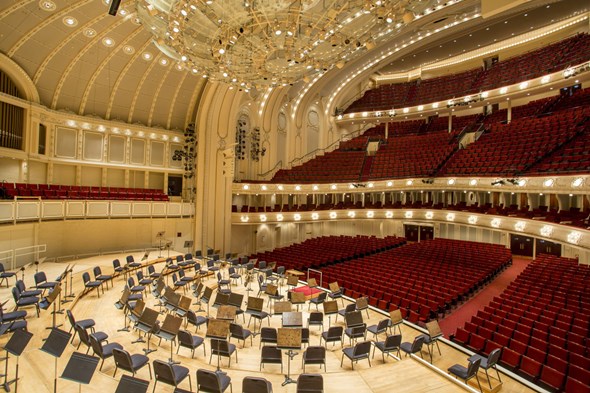 The Midwest premiere of “Blue” by composer Jeanine Tesori and librettist Tazewell Thompson, scheduled to run June 16-28 at the Yard at Chicago Shakespeare Theater, will now be presented in January 2021 at Chicago Shakespeare, conducted by Lyric’s music director designate, Enrique Mazzola. “Blue” is a co-production of the Glimmerglass Festival, Washington National Opera and Lyric Opera of Chicago. The Chicago premiere of “Proving Up” by composer Missy Mazzoli and librettist Royce Vavrek, originally scheduled for the 2020-21 season, will be postponed to a later year.

“We are very disappointed to have to postpone the rest of the season, especially a beloved and uplifting title like “42nd Street,” which offers pure entertainment of the kind we’re all craving,” Freud said. “We couldn’t be more grateful for the outpouring of support that we’ve received from our patrons. All of these cancellations have a financial impact on the company and the show of support from our audiences and artists is profoundly appreciated.”

The Chicago Symphony-WFMT initiative, under the banner CSO’s Archive: Maestro’s Choice, brings a series of six weekly radio broadcasts, Tuesdays at 8 p.m., that also can be streamed at either wfmt.com or csosoundsandstories.org starting April 7. 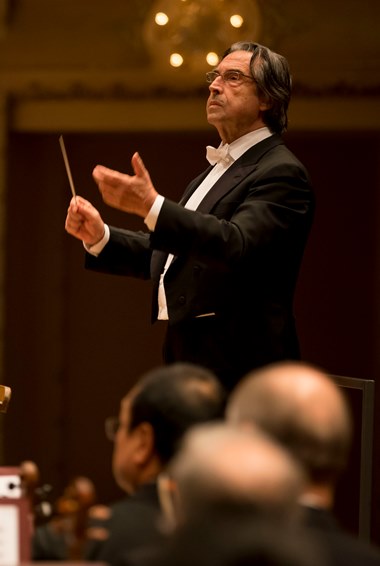 Riccardo Muti: “I hope that people everywhere will remain connected to the wonderful artistry of the Chicago Symphony.” (Todd Rosenberg)

“During these times of uncertainty, and with the absence of live music in our concert halls, I hope that people everywhere will remain connected to the wonderful artistry of the Chicago Symphony through these special programs” Muti said.

Repertoire will include CSO concert programs from Muti’s tenure as music director and CSO Resound recordings led by Muti and other conductors, as well as archival CSO concert performances and commercial recordings.

Among the selections are Muti-led CSO concert performances of Shostakovich’s Cello Concerto No. 2 with Yo-Yo Ma, Brahms’ Piano Concerto No. 1 with Kirill Gerstein and Rimsky-Korsakov’s “Scheherazade,” as well as archival recordings of Strauss’ “Also sprach Zarathustra” and Beethoven’s Symphony No. 1 led by legendary CSO music director Fritz Reiner.

Noting that the absence of live concerts “represents a difficult time for everyone in our community and around the world,” CSO president Jeff Alexander said, “It is our sincere hope that listeners everywhere will enjoy and be enriched by these beautifully performed programs.”

WFMT president Sandra Cordova Micek said: “We know many of our listeners in Chicago and around the world are looking to us during this uncertain time for a moment of beautiful music and companionship, for connection with an art form that is timeless and enduring, and for music that raises spirits and offers refuge. Providing access to the artistry of maestro Riccardo Muti and the Chicago Symphony Orchestra not only fulfills our purpose to enrich lives, engage communities and inspire exploration, but is also an incredible gift to share with our audience.”