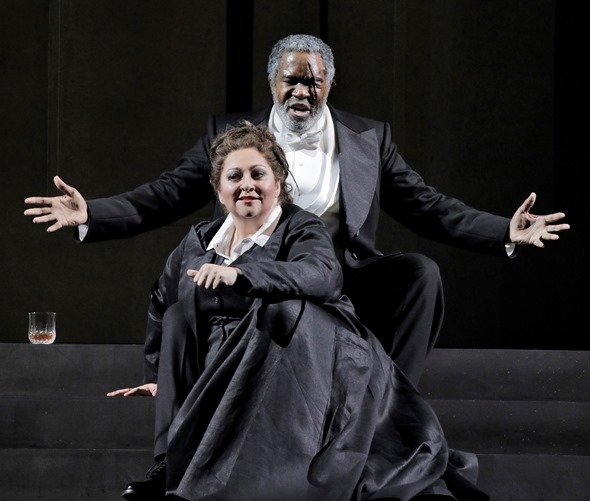 Eric Owens as Wotan with Christine Goerke as Brünnhilde at Lyric Opera in November 2017.  (Todd Rosenberg)

Lyric concludes its four-year build-up of the Wagnerian tetralogy with performances of “Götterdämmerung” on April 4 and 11. A series of three complete cycles of the four “Ring” operas commences April 13. Owens was scheduled to sing the role of Wotan, lord of the gods, in the first two operas, “Das Rheingold” and “Die Walküre” as well as the same figure in the guise of the Wanderer in “Siegfried” and “Götterdämmerung.”

Owens’ health has been a recent question mark. At the Metropolitan Opera’s worldwide cinema broadcast of “Porgy and Bess,” on Feb. 1, Met general director Peter Gelb came onstage to announce that Owens was not feeling well but that he had agreed to go through with the performance. And though the singer began with his full imposing power, by the end of the performance, his strength had ebbed perceptibly. 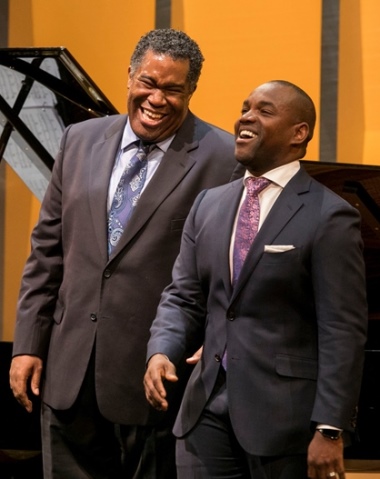 American bass-baritone Alan Held will portray Wotan in “Die Walküre” and the Wanderer in “Siegfried.”

“All of us at Lyric, along with the creative and artistic teams from the ‘Ring’ operas, are saddened by this news, but understand Eric’s decision to withdraw from the production,” said Freud.

In a statement, Owens said: “I am deeply grateful to Anthony Freud, (music director) Sir Andrew Davis, Sir David Pountney, and all my Lyric colleagues for their support at this difficult time. I am also thankful for the enthusiasm and warmth Lyric’s audiences have shown me over the years that I have lived and worked in Chicago. My heartfelt thanks to everyone for understanding, and my best wishes for the success of Lyric’s amazing ‘Ring.’”