In a flourish of Beethoven, violinist Mutter
and pianist Orkis celebrate art of ensemble 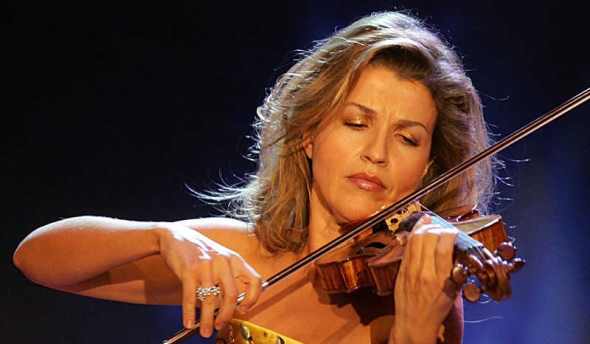 If one had to pick three of Beethoven’s 10 sonatas for violin and piano to represent that facet of the composer in this Beethoven-bountiful 250th anniversary season, Anne-Sophie Mutter and Lambert Orkis chose very well indeed for their elegant, fiery and absorbing recital Jan. 22 at Orchestra Hall.

Actually, such a cherry-picking comes down to this: Which two other sonatas do you match up with the “Kreutzer” – the Sonata in A, Op. 47, a towering essay that falls next to last among Beethoven’s works for violin and piano? 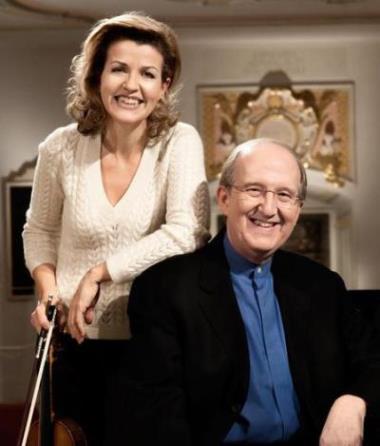 Mutter and Orkis opted for curious quasi-siblings, strikingly unlike peas from the same pod: the spare yet playful Sonata in A minor, Op. 23, and the indulgently romantic and bucolic Sonata in F, Op. 24 (“Spring”). Beethoven wrote the two pieces together and meant for them to be published as a pair, but that plan got bollixed and they ended up with sequential opus numbers.

In its economy of means, concision of gesture and cool clarity, the Sonata in A minor at once captures the quintessential Beethoven we think of in, say, the Fifth Symphony, and anticipates the privately spiritual composer of the late piano sonatas and string quartets.

(Alas, Symphony Center Presents, the Chicago Symphony’s agency of special events, while offering a splendid traversal of the piano sonatas by sundry pianists this season, is not providing a similar concert compendium of the string quartets.)

Mutter and Orkis, a team as longstanding as it is well oiled, imbued the A minor Sonata’s lean phrases with equal parts of finesse and tensile strength. Mutter, who would have ample opportunity to display the scope of her virtuosity as the evening progressed, focused here on the minimalist rhythmic inflections and terse phrases that energize all three movements of this fascinating and indeed anomalous sonata. To observe the close interplay between violinist and pianist was to get the sense of peering into their private studio – and certainly to appreciate their precision and fluidity as collaborators.

These are not “violin” sonatas. Beethoven, himself a formidable pianist, framed them as sonatas “for piano with violin obbligato.” The so-called “Spring” Sonata plays out clearly as music for co-equal voices. Its real beauty lies in that inter-leaving, from the violin’s first open-hearted statement to the piano’s exuberant and propulsive flourishes as Beethoven works his elaborating magic on that first theme. To the sunlight and warmth Mutter brought to the sonata’s expansive slow movement, Orkis answered with playing that sparkled and sang.

Among the sonatas for violin and piano, the “Kreutzer” commands a place apart, rather like the “Archduke” among Beethoven’s piano trios. (Speaking of which, pianist Emanuel Ax, violinist Leonidas Kavakos and cellist Yo-Yo Ma will perform the “Archduke” on a program of Beethoven piano trios March 2 at Orchestra Hall.) 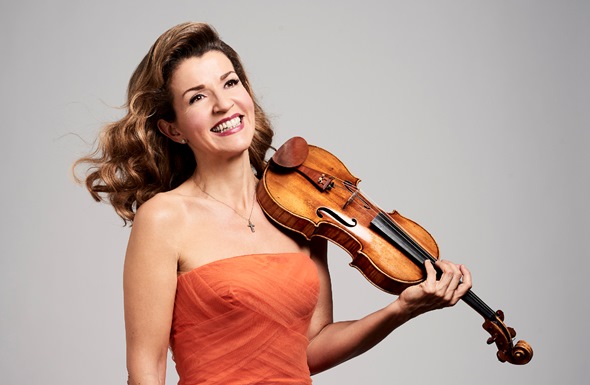 The “Kreutzer” – Sonata No. 9 in A, Op. 47 – is grand in scale as well in content, its 44-minute duration almost equaling the combined sonatas of this concert’s first half. Here were Mutter and Orkis in full-throttle virtuosic mode, flashing and soaring through call-and-response dialogue in the opening movement and bursting with shared brilliance in Beethoven’s headlong finale.

That said, it’s hard not to see the central variations as the “Kreutzer’s” great heart. And this is where, as perhaps nowhere else, Mutter the superb violinist and Orkis the compleat pianist took their listeners back not to their studio, but to Beethoven’s. This was authentic, high-level playing by prodigious peers.

One sequence of three variations framed that image of two great artists going for the essence of the music: Orkis takes the lead in a rhapsodic variation with Mutter chipping in little rhythmic figurations; then the violin takes flight, Mutter winging through cartwheels in the sky as the piano seems to look on as amazed as the rest of us; and finally they settle back together in a variation of volleys, back and forth.

By three turns at the core of the “Kreutzer,” Mutter and Orkin captured the meaning of musicianship as a game for two.