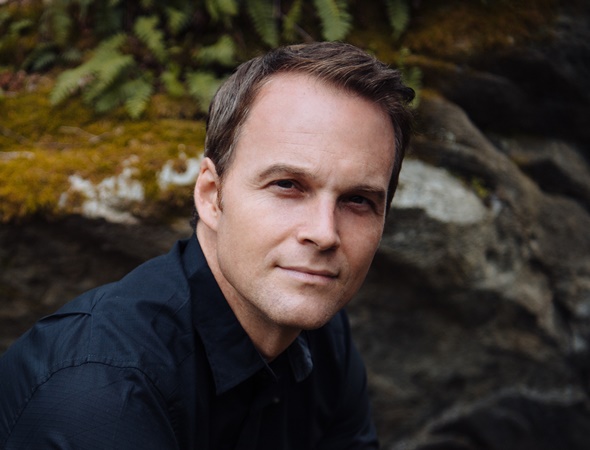 Interview: The bass-baritone cautions against painting operatic bad guys with too broad a brush. Mozart, he says, knew better. At Lyric Opera of Chicago through Dec. 8.

Bass-baritone Ryan McKinny was Donny-on-the-spot when Lyric Opera of Chicago found itself suddenly bereft of a Don Giovanni  to finish out the current run of Mozart’s opera. A change in the lead role had been planned all along, but Lyric got stranded when the scheduled replacement became indisposed. Enter McKinny.

Well, actually, he didn’t have to enter. He was already in the house, wrapping up his engagement at Lyric as the convicted murderer Joseph De Rocher in Jake Heggie’s opera “Dead Man Walking.” And McKinny had recently sung Don Giovannni at the Houston Grand Opera. So you might say he was just swinging over from one sociopath to another.

Anyway, you might say that. I did say that, and McKinny – with remarkable tact, in retrospect – brought me up short. 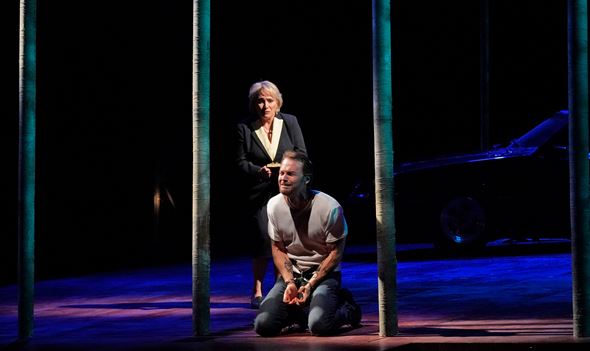 Ryan McKinny as the convicted killer Joseph De Rocher, with Patricia Racette as the nun who tries to help him find peace, in “Dead Man Walking” at Lyric Opera. (Andrew Cioffi photos)

“As an actor, I don’t prefer the term sociopath, which is used sometimes in the theater world,” he says, “because it releases you from dealing with a character as a human being. If a sociopath is someone who has zero empathy, it doesn’t apply to either Joseph De Rocher or Don Giovanni. They both have the capacity to genuinely empathize. They don’t act out of that mindset very often, but they do sometimes.

“They are similar, though. I think of Don Giovanni as how De Rocher might have turned out with the backing of family and money. And the operas have a similar starting point – with a rape and a murder.”

McKinny, a native of southern California, has opera credits including a good deal of Wagner, at Bayreuth among other places. He talks about stage performance not so much as a singer but as an actor who sings.

“I don’t separate acting from singing,” he says. “I studied acting at Juilliard. And my wife, who has a master’s in theater and was an actor when we met, became my acting coach early in my career, 15 years ago. I think people too often associate acting with movement, but the drama is in the music, and you can be a brilliant actor just standing and singing. Listen to George London and Franco Corelli in recordings. All the emotion is there, in the voices.”

McKinny was perhaps underselling his own stage presence, which in “Dead Man Walking” was riveting, first to last. 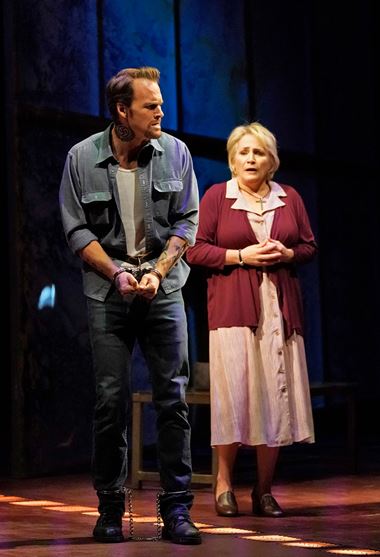 McKinny, riveting from first to last in “Dead Man Walking,” with Patricia Racette at Lyric Opera.

“What I find really interesting about opera is the opportunity to do the same roles over and over in productions that are totally different,” he says. “Don Giovanni is a good example of this. You can make him lots of different things. In this production, you see him as a man with many addictions, these hungers that he’s constantly trying to satisfy, women being one of them.

“But he also has deep cravings for affection, power, drugs. He does coke several times. There’s this hole inside him. Elvira tries to save him in the end, but he rejects her help. Even though he has misused her, she still sees something in him. If we believe Elvira, Don Giovanni is not simply a bad guy.”

Mozart’s aristocratic rake is a chameleon, McKinny says, a sly seducer who adapts to the situation, to the vulnerability of his mark of the moment.

“Other characters in the opera are fairly constant in their vocal profiles,” says McKinny, who returns to Don Giovanni as the headliner with the National Opera in Washington, D.C., next March. “Donna Anna is heroic, Ottavio’s music is beautiful, Leporello’s is buffo. But Mozart drives home Don Giovanni’s ability to change. His serenade (to Elvira’s pretty servant) is beautiful, whereas ‘Fin ch‘han dal vino’ (an exuberant party invitation) is a rocket-ship aria and the finale scene is really Wagnerian, with huge dramatic singing.

“In all Mozart operas, but especially ‘Don Giovanni,’ we see full human beings and the wide range of experiences these people go through. It’s a great piece not just as a story about a bad guy and all the people he hurts. Mozart challenges our idea of what a bad guy is. Maybe Don Giovanni really believes it when he says he loves every one of the women he has seduced.”

(That’s a thousand three in Spain alone, according to Leporello’s scorecard.)

All that said, there must be a pivotal or defining moment in Don Giovanni’s long evening, where the singer gets at the essence of this dauntless rake. Perhaps that first scene of rape and murder, or the confrontation with the statue of the dead Commendatore, or even the proto-Wagnerian finale where Don Giovanni’s whole world sinks into earth’s flaming bowels.

But McKinny answered with none of the above. The quintessential moment, he says, is the insatiable rake’s seduction of the peasant girl Zerlina on her wedding day, in the duet “Là ci darem la mano.”

“That’s the first time we really see him at work. The sweet legato line has to be seductive – beautiful but not too big or operatic. It sets up the rest of the evening. I have to get that right.”