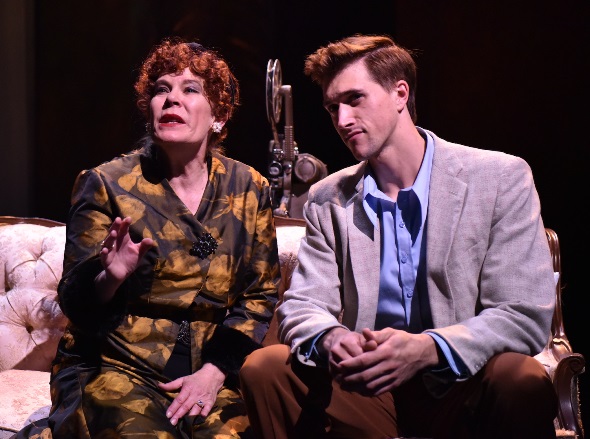 Review: “Sunset Boulevard,” music by Andrew Lloyd Webber, book by Don Black and Christopher Hampton. Produced by Porchlight Music Theatre at the Ruth Page Center for the Arts thru Dec. 8. ★★

The Andrew Lloyd Webber musical “Sunset Boulevard” won a slew of Tony Awards when it was rolled out on Broadway in 1995, some 45 years after the Billy Wilder film on which it is based had captured a bunch of Academy Award nominations and claimed a few minor ones. I acknowledge these aging triumphs up front because, to my mind, this show, now rather curiously revisited by Porchlight Music Theatre, has come to look as quaint and limited as the silent-film era that its faded, tragic star yearns to relive. 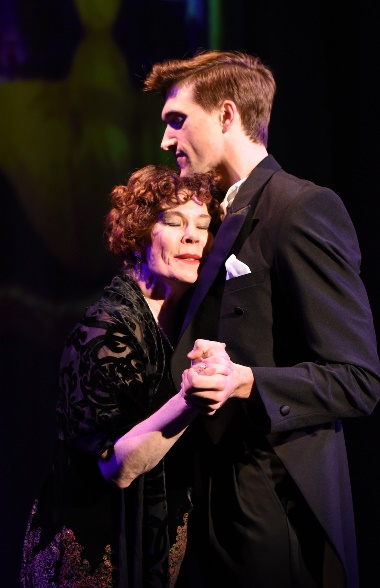 The silents had a vigorous run from the late 1890s until the musical “The Jazz Singer” (1927) upended the biz, as the first full-length feature film with a synchronized sound track. (The ever popular 1952 film “Singin’ in the Rain” is set at the pivotal turn to talkies.) “Sunset Boulevard” unfolds as the 1940s give way to the new decade – and a once-idolized star of the silents languishes in the decaying splendor of her Beverly Hills mansion.

This is Norma Desmond, well into middle-age and propping up her bruised ego by watching her old films at home with her butler as she secretly dreams of making a big comeback. Into her life walks struggling young screenwriter Joe Gillis, whom she swiftly ensnares as just the guy to spruce up the screenplay she has written as her comeback vehicle. In quite a quid pro quo, Desmond lavishes her wealth on Gillis, who in turn provides both his editing skills and, well, the reassurance she needs that summer’s lease has not run out.

At a distance, the Tony for best musical, which “Sunset Boulevard” collected, can sometimes be a head-scratcher. This show, for instance, has plot issues. Up front one gets the clear impression that it’s a memory play – “here’s what really happened,” says the screenwriter about the tell-all tale he’s eager to share.  But, but, but…Well, I really can’t spell out this particular wrinkle without ruining a big surprise. However, somewhere between the theater and home, a light will come on and you’ll maybe blurt aloud: “Hey, wait a minute!”

And this same fella, who gives up all other aspirations and effectively becomes Desmond’s houseboy, makes a very odd, actually improbable, choice near the show’s conclusion that most young fellas likely wouldn’t make. Can’t tell you what that is, either. 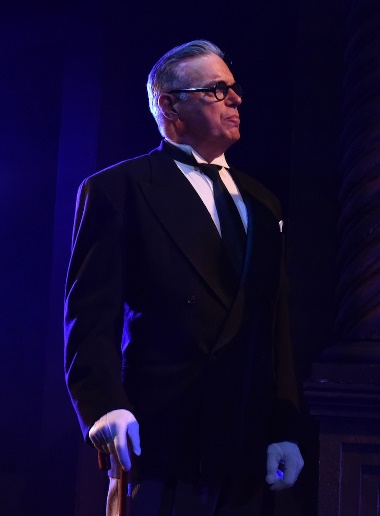 The show has issues as a musical, too. The generally inane lyrics would make Stephen Sondheim’s skin crawl – the very sensation the music itself often excited in me. Well, at least there was that much excitement.

“Sunset Boulevard” is a flimsy melodrama that hangs everything on getting the character of Norma Desmond right, which in turn lends plausibility to the multifarious services rendered by the red-blooded young writer. Porchlight’s faded actress is played by the formidable Hollis Resnik, who together with director Michael Weber has settled on a Desmond now separated from reality – and not just middle-aged or of “a certain age,” but frankly and quite surprisingly old.

One might liken Norma Desmond’s age and mental state to Blanche DuBois’ in Tennessee Williams’ play “A Streetcar Named Desire.” While she has lost her once-glowing beauty, she still possesses an animal magnetism that would draw men to her. She’s maybe in her fifties. And like Blanche, Norma is delusional. Blanche is still living the in lost world of Belle Reve; Norma clings to an abiding past in the silent silver screen.

In purely dramatic terms, Resnik is indeed magnetic as the fallen star. But on opening night, she seemed taxed by the huge and demanding vocal assignment. This Norma Desmond also comes across as not just past her shelf date, but superannuated – believably so, and the more pathetic for it. But that take on the once grand dame also pushes the, shall we say, intense rapport between Desmond and the youthful writer to the verge of creepy. 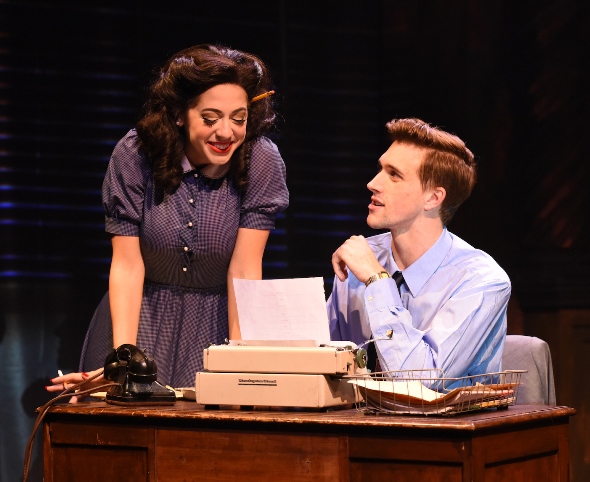 How marvelously wholesome and welcome are the scenes between the writer (played to the melodramatic hilt by Billy Rude) and his age-appropriate love option and fellow film scrivener Betty (the sweetly blooming Michelle Lauto). Yet the show’s real anchor, both dramatically and vocally, is Larry Adams’ stalwart turn as Desmond’s devoted butler and caretaker. When Adams glides into view, your eye goes straight to him; and he brings an imposing, expressive voice to the best part of Lloyd Webber’s score.