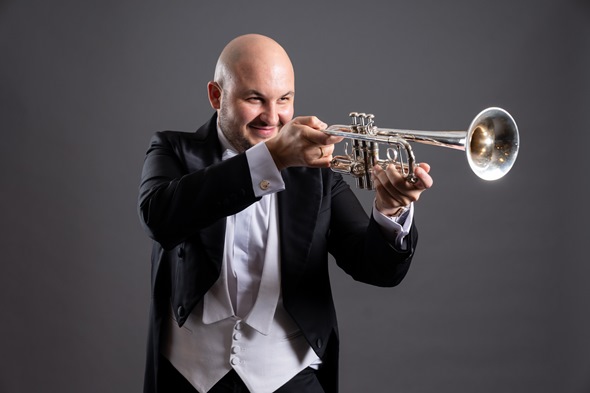 Chicago Symphony Orchestra music director Riccardo Muti has announced the appointment of Esteban Batallán as principal trumpet of the CSO. Batallán will hold The Adolph Herseth Principal Trumpet Chair, endowed by an anonymous benefactor. He recently completed the final phase of the audition process, which included a trial period with Muti and the CSO this month, and he officially steps into the role on September 30, 2019, pending finalization of contract details.

Batallán has played with the CSO as guest principal trumpet on several occasions. He first appeared with the orchestra under Riccardo Muti in June 2018 subscription concerts that included performances of Rossini’s Stabat mater. He returned to perform with Muti and the CSO in Verdi’s Requiem on November 2018 subscription concerts, as well as in Tokyo during the 2019 Asia tour. More recently, he performed with Muti and the CSO on its 2019 Florida Tour, as well as in June 2019 for Verdi’s Aida before winning the audition that same month.

You can catch a glimpse of him playing “Granada” in this YouTube video:

A native of Barro, Spain, Batallán began his musical studies at the age of seven, continuing his training at the Conservatory of Music in Ponevedra and the Conservatory of Music of Vigo with Javier Viceiro. In 1999, he attended Galicia’s School of Music Studies where he participated in master classes with Javier Simó and he was selected as a member of the National Youth Orchestra of Spain in 2000.

Batallán is also a dedicated teacher, having served on the faculty of the Young Academy of the Orchestra of the City of Granada for the past 16 years and leading master classes for groups from the National Youth Orchestra of Spain, the Youth Orchestra of Andalusia, The Hong Kong Academy for Performing Arts and Roosevelt University.