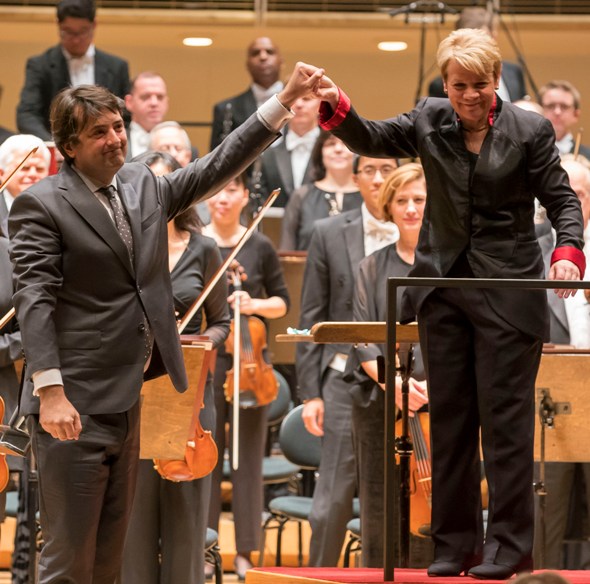 Years, anniversaries, and commemorations arguably form the backbone of contemporary classical concert programming, and this year’s centenary of the end of the First World War is exemplary. Conductor Marin Alsop’s program with the Chicago Symphony Orchestra on Oct. 19 at Orchestra Hall proved a fitting and thought-provoking tribute, featuring works by American, Russian, and British musicians written in response to the First and Second World Wars and their aftermath, plus a major world premiere from the French composer Bruno Mantovani, commissioned by the CSO and Jennifer Pritzker, founder of Chicago’s Pritzker Military Museum & Library.

Mantovani is director of the Paris Conservatory and regularly conducts the Ensemble Intercontemporain, founded by Pierre Boulez. In the program note to his new work “Threnos,” the composer claims a synthesis of diverse styles and compositional approaches to be the driving force behind his work, citing the influences of Ravel and the broad field of jazz. “Threnos”  showcases these influences to great effect, opening with a strikingly extended section of shimmering percussion (which remains a constant presence throughout the work) before the remainder of the orchestra enters with Ligeti-esque tone clusters, interspersed with languidly Impressionist woodwind solos and virtuosic rapid-fire brass interludes. 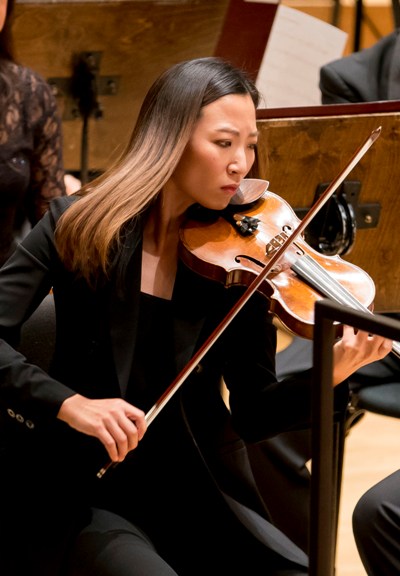 Alsop held her players under a spellbinding degree of rhythmic control and precision while still allowing the expressive and sometimes playful nature of each individual musical gesture to come through. Beyond all this, however, Mantovani’s work came together as a stunning 17 minutes in which diverse musical materials were drawn into an appropriately monumental whole, seemingly “frozen in time” despite its immense energy and virtuosity.

Prokofiev’s Piano Concerto No. 3 was given its world premiere by the CSO in 1921, three years after the end of the First World War. In this performance by the Russian pianist Daniil Trifonov, Prokofiev’s work – an altogether more subtle and introverted piece than his first two piano concertos – came across as slickly polished, yet somewhat muted: an appealing quality given the monumental nature of the Mantovani piece that had just preceded it and the program’s reflective and commemorative theme. 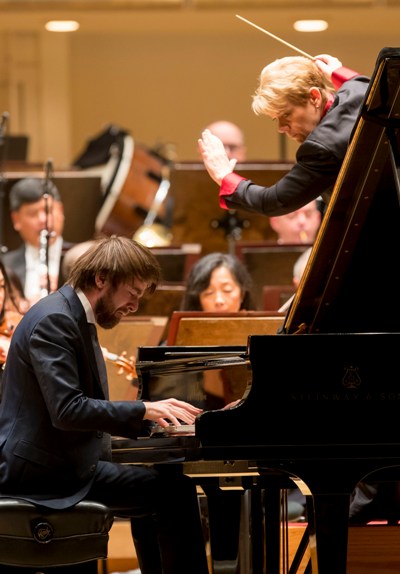 Trifonov’s playing in the outer movements was uncannily automaton-like in its restrained energy, contrasting with fantastically lyrical (yet refreshingly unsentimental) episodes from both soloist and orchestra. While the CSO’s accompaniment in the second movement at first seemed to lack a certain lightness and shapeliness that one normally associates with the Prokofiev Third, the overall performance bore an appealing careworn patina and pathos.

The concert’s second half opened with Frank Bridge’s 1915 “Lament” for string orchestra, written as a direct tribute to the tragic sinking of the Lusitania ocean liner by a German torpedo in the early months of the war, and in particular the death of nine-year-old Catherine Crompton, possibly a personal contact of the composer. In contrast to better-known First World War elegies by English composers such as Vaughan Williams, Bridge’s work evokes less pastoral or deep-historical nostalgia, and more lush romanticism combined with a somewhat bittersweet childlike quality: The triple-time opening theme has distinct echoes of Brahms’ famous Lullaby.

The work’s origins in 20th-century England, though, are clearly audible through the wide harmonic spacings and hauntingly elegiac solos for viola, cello, and violin. While this British reviewer admits to a certain pre-formed skepticism about non-British performers presenting English music, Alsop and the CSO strings’ performance was enrapturing. As with the previous two works, Alsop kept the orchestra on a tight rein with regard to tempo phrasing, which admirably steered the music away from saccharine sentimentality – but I nevertheless felt that a little more spaciousness and freedom would have been beneficial.

Finally, Copland’s Third Symphony offered a monument to post-WWII Pax Americana. Yet the work also consciously avoids the folksy Americana with which its composer had become associated by the time of its premiere in 1950. This is clearly repertoire in which both conductor and orchestra excel, with its lithe, cleanly driven rhythms and phrasing. The CSO’s legendary brass section again performed thrillingly, notably (but not only) in the closing presentation of the “Fanfare for the Common Man.” Seemingly for the first time in this concert, the first and third movements provided moments of real, unfiltered lyrical warmth.

Owen Hubbard is a doctoral student at the University of Chicago with broad interests in the musical cultures and aesthetics of 20th-century Europe and North America. 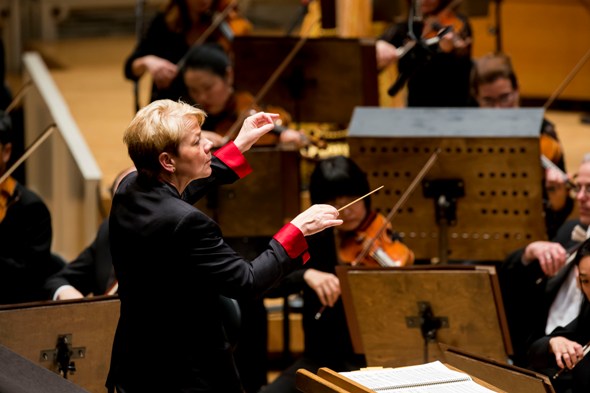 World war and its aftermath formed the theme of Alsop’s  program, which also included music of Frank Bridge and Aaron Copland.