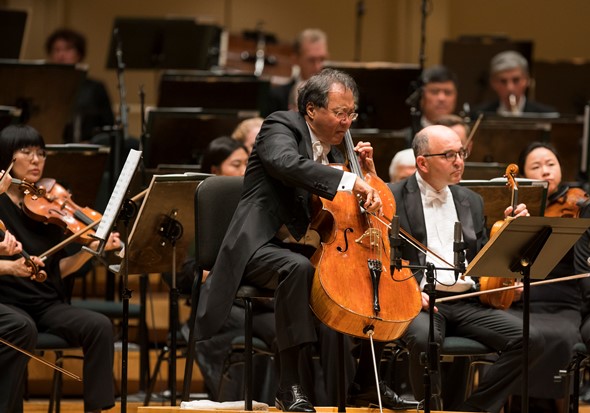 You could say the 600 representatives of symphony orchestras from around the country who heard the Chicago Symphony Orchestra, with music director Riccardo Muti and cellist Yo-Yo Ma, were in the right place at the right time.

If ever there was a musical nexus, this was one: the convergence of those particular performing forces and the work at hand, Shostakovich’s Cello Concerto No. 2, a sublime masterpiece captured at Orchestra Hall on June 14 in every dimension of its dark drama, searing introspection and virtuosic eloquence. 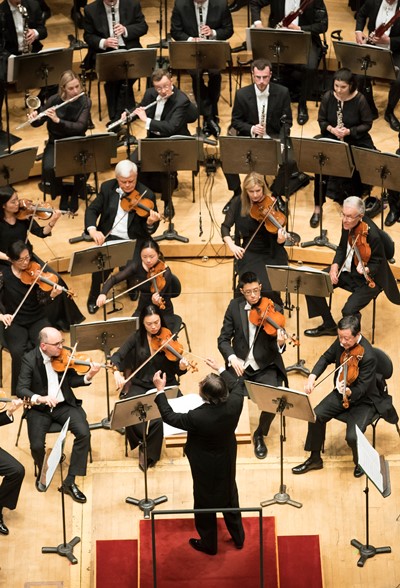 The Chicago Symphony was official host of this year’s convention of the League of American Orchestras, a three-day affair of sundry panels, forums and other collective ruminations – and the rare chance to hear Muti and company take on both Shostakovich’s powerful concerto and an authentic rarity, Prokofiev’s Third Symphony.

Shostakovich wrote his two cello concertos within a space of seven years, 1959 and 1966, both for the legendary virtuoso Mstislav Rostropovich. While the more popular First
Concerto is overt and grandiose – in the spirit of, say,  Shostakovich’s Fifth Symphony — the Second more resembles his string quartets in its raw, disquieting intimacy.

The very opening measures, a stark soliloquy – or perhaps cry – for the cello portends a psychological ferocity in the music that finds the solo voice either brooding apart or engaged in fierce conflict with the orchestra. There’s something of Hamlet’s alienation in the solo role, and Ma flung himself into it with equal parts of technical wizardry and emotional heat.

And yet it is a concerto, the orchestra committed at full pitch to feverish exchanges with the perhaps tragic, certainly defiant, protagonist. Shostakovich’s writing for the orchestra here brings Mahler sharply to mind in its imaginative instrumental combinations, breathtaking digressions into delicacy amid passages of great splendor and, not least, the sudden eruption of mad gestures – the absurd world – in moments of reflection, even grief.

Muti proved to be Ma’s unfailingly attentive partner, like a mindful pianist closely attuned in a duo recital. Or it might have been Greek tragedy – Aeschylus setting forth two characters to wrestle with the question of human accountability; or Ionesco slyly edging around the existential dilemma of being and nothingness: Such was the most personal art of Shostakovich in the dark and dreadful night of Stalin’s regime. 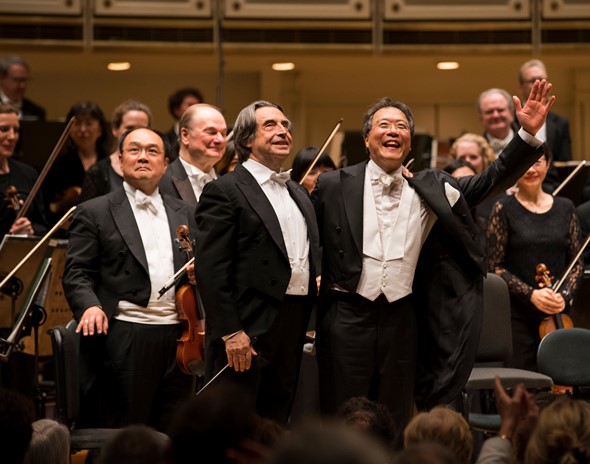 The CSO displayed the full palette of its finely graded colors: gleaming brasses headed up by the French horn flourishes of Daniel Gingrich, lustrous woodwinds, precise and yet supple string playing. Little wonder that, in the release of a roaring ovation, Ma seemed as pleased with his collaborators as Muti clearly was with this singular cellist who had just turned in an Olympian performance.

Like Shostakovich, Prokofiev was in hot water with Stalin through most of his life. The severe and obstreperous Third Symphony, for example, drew a sharp rebuke from the self-styled great leader and teacher, who found the music to be confusing to the public, the very antithesis of socialist realism. And Stalin’s opprobrium could cost an artist his livelihood, if not his life.

The Third Symphony (1929) represents a sort of compositional triage: Prokofiev fashioned the work from swatches of his rejected opera “The Fiery Angel,” an odd circumstance for a symphony that’s closer to demonic than seraphic.

As furious and abrasive – or just loud – as much of the Third Symphony may be, from our vantage point in history we can hear in this still seldom played curiosity the foundations of one of Prokofiev’s most popular works, the ballet “Romeo and Juliet,” written six years later.

While Muti did not stint on the sheer brashness or sonic intensity at the core of the Third Symphony, and certainly the CSO whipped up some pretty amazing quantities of sound, neither did the conductor overlook the generous stretches of lyricism that also would shape Prokofiev’s famous ballet. And in those serene episodes, the Chicago Symphony reminded its several hundred out-of-town auditors that true orchestral virtuosity begins in a quiet place: An ensemble that breathes together dazzles together.