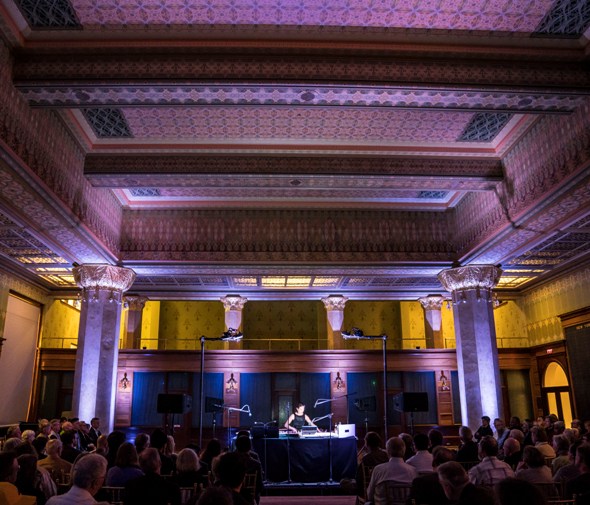 The MusicNOW endeavor of the Chicago Symphony Orchestra is in the middle of a roaring spring expansion under the cultivating flair of composers-in-residence Samuel Adams and Elizabeth Ogonek.

In April, at the Harris Theater atop Millennium Park, bloomed the world premiere of Amy Beth Kirsten’s evening-length re-imagining of Joan of Arc. The ecstatic multimedia work was riddled with amplified vocals representing the girl warrior’s visions, and buttressed with other-worldly turns from flutist Tim Munro and two new-music whizzes from the CSO, cellist Katinka Kleijn and the omnipresent percussionist Cynthia Yeh.

On May 7 sprouted another venturesome MusicNOW shoot – an experiment that took over three starkly different spaces inside the rambling Art Institute of Chicago, for short programs of music that Adams and Ogonek chose. One of these works was a haunting reverie called “Memory Palace” by American composer Christopher Cerrone that I was fortunate to witness from a remote spot off to the side in a room replicating the historic Chicago Stock Exchange. 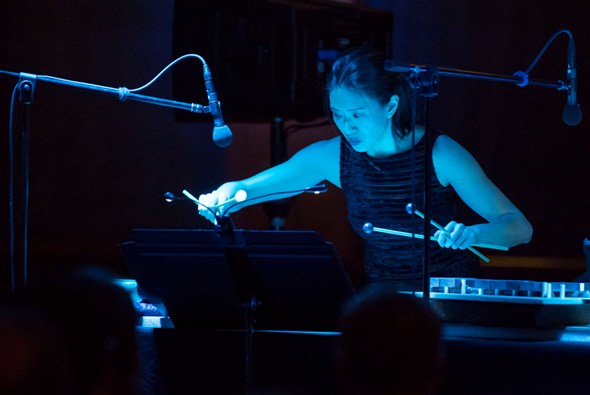 Hidden away from view like one of the music’s chirping crickets, I espied each move of percussionist Yeh, who was multi-tasking with her right hand and both feet while sustaining the equivalent of a left-handed drum roll for something like 20 minutes. It was utterly mesmerizing. I hope she plunged that arm directly into Epsom salts when she was done.

The final event of the MusicNOW season, worth fixing on the calendar, is the luxuriant grand finale planned for Orchestra Hall itself on May 21, with a larger detachment of CSO players under the baton of Finnish composer-conductor Esa-Pekka Salonen.

The orchestra has no greater living friend for new music – or for recent music of the cutting-edge – than Salonen. His headliner projects in Chicago alone have included the world premiere of his own Cello Concerto for Yo-Yo Ma, a reprise of his orchestral tone poem “Nyx,” and iconic showpieces such as Stravinksy’s “The Rite of Spring,” the second act of Wagner’s “Tristan und Isolde,” and Debussy’s baffling, dream-like “Pelléas et Mélisande,” done with projections in transfiguring half-light. 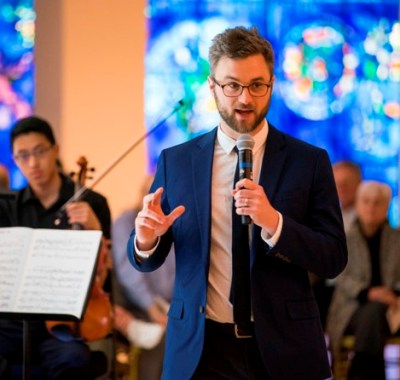 Two more world premieres are still to come in Salonen’s blowout concert at Orchestra Hall, as MusicNOW helps Adams and Ogonek bring their three-year residencies to a close. Adams described his new Violin Concerto as having a pre-classical Baroque energy – “possibly my most extroverted piece of music ever.”

Ogonek said her new piece for twelve players, called “Water Cantos [notes from quiet places],” includes parts for four cellists, an idea that sneaked up on her after she heard the CSO’s first four cellos play the opening of Rossini’s Overture to “William Tell” over and over again on tour: “I sat there thinking, ‘I can’t believe I’m loving this so.'” 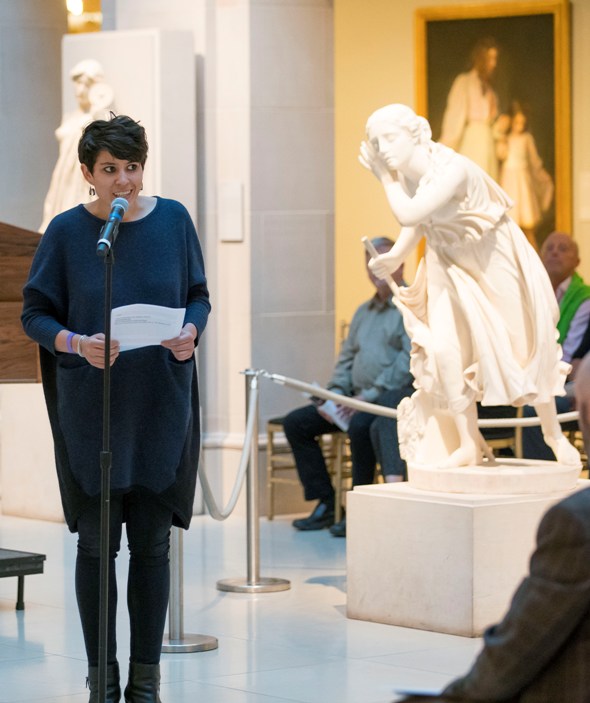 These three concert locations – Harris, Orchestra Hall, and the Art Institute – are telling of MusicNOW’s range and ambition. If Orchestra Hall brings out classical subscribers in the greatest numbers, and MusicNOW’s home base at the Harris attracts the millennials like bears to honey, then the Art Institute of Chicago potentially provides yet a different pool of aficionados – lovers of contemporary art and architecture who may be naturally inclined toward the latest forms, materials and characteristics of musical expression.

The people parading from room to room to room at the Art Institute sampled a string quartet called “Blueprint” in front of Chagall’s cobalt-drenched America Windows. The composer, Caroline Shaw, is the youngest-ever recipient of the Pulitzer Prize for Music, and the dauntless intensity of her motivic design, which began with gestural shards, resonated nicely in this setting. CSO violinists Matous Michal and Hermine Gagné, CSO violist Danny Lai and Lyric Opera principal cellist Calum Cook formed the excellent ad hoc ensemble that paired Shaw’s opus with a remarkable chunk of ultramodern MusicNOW from way back THEN – the 1931 string quartet of Ruth Crawford Seeger, who would go on to set the poetry of Carl Sandburg and raise a family of world-famous folk song revivalists.

My favorite optical memory was formed in the American Sculpture Court, which is populated with charming statues in the lofty Neoclassical style. These statues were created by American artists who had traveled to Europe to soak up lessons that could be learned from sculptures that once gleamed under ancient Greek and Roman suns. As harpsichordist David Schrader made his way through six gentle, Baroque-inspired sonatas by Lou Harrison, my mind wandered to the statues around him. I had the feeling they were leaning in, lending an ear. Could it be that these cleverly formed chunks of stone were doing what the composer Cerrone has done — building memory palaces of their own? 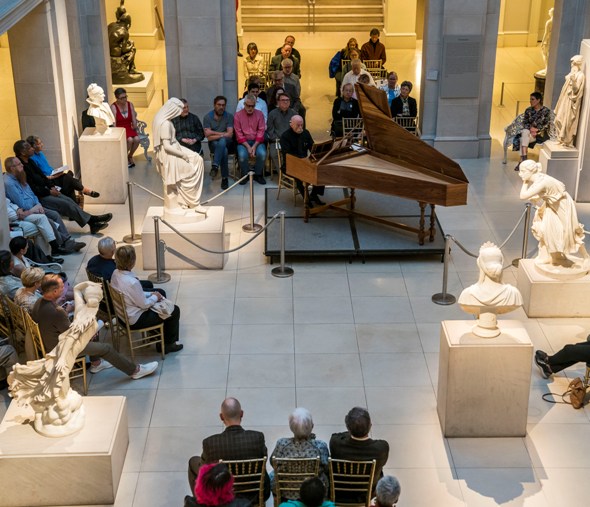