I first encountered the amazing 27-year-old Polish countertenor Jakub Józef Orliński on a Youtube video. After listening to him sing Vivaldi and Cavalli and Pergolesi in a hearty falsetto with great energy and musicality, I came upon another, equally captivating Orliński video. He was breakdancing.

If you don’t know about Orliński’s Janus-faced skill set already, you’re likely not to believe me – so check out these steps from his youthful love of breaking with Poland’s @skill.fanatikzcrew:

And then watch this Juilliard master class while you are at it. The greater story is his vocal artistry, which will be on display when Orliński performs with Music of the Baroque April 22-23 at the Harris Theater.

It’s an unusual program built on sacred themes with secular-style singing of such florid virtuosity that the works are described as “vocal concertos” with orchestral accompaniment.

Leading the program will be Paul Agnew, who is not only the joint director of the Baroque ensemble Les Arts Florissants  but also a distinguished haute-contre singer of long-standing in his own right. Agnew has been singing with Music of the Baroque on and off for 15 years, although the conductor relationship is still relatively new.

Orliński will perform Vivaldi’s 20-minute “Nisi Dominus,” a suite that constitutes the entirety of Psalm 127; it’s one of the songs of Solomon, which begins “Unless the Lord builds the house, the builders labor in vain” and continues with a colorful description of divine blessings outmatching human endeavor. Also on the program, soprano Sherezade Panthaki sings a similarly brilliant “Salve Regina” by Handel, after which the two join forces in Pergolesi’s “Stabat Mater.”

The amiable Orliński grew up in Warsaw, where he sang in church choirs and discovered his unusual adult voice – a high falsetto in the range of a female alto — more or less by accident after his voice changed.

“I am a bass-baritone naturally,” he explained over the phone shortly after a performance as one of the good guys in Handel’s opera “Rinaldo” at New York’s Carnegie Hall. “Every man has a falsetto voice, although I don’t know that many people discover it.”

The last few months have been particularly heady for this recent Juilliard graduate who is getting some big dates. In addition to Carnegie Hall, there’s an internationally broadcast performance on France.TV (skip ahead to the 1:20 minute mark), and a solo gig with the Zurich-based Baroque orchestra Il Pomo d’Oro.

But at the beginning, the high voice was all about helping out in his local choir, for which Orliński said he had “a great passion. As I continued to sing with them, it would happen that we needed somebody who could do the higher parts, and so with my friend we would do it, although we didn’t know yet that you could call it a countertenor voice. We sang this way, but we didn’t know what it meant. Later on, I got some lessons with solo singers and they told me.” 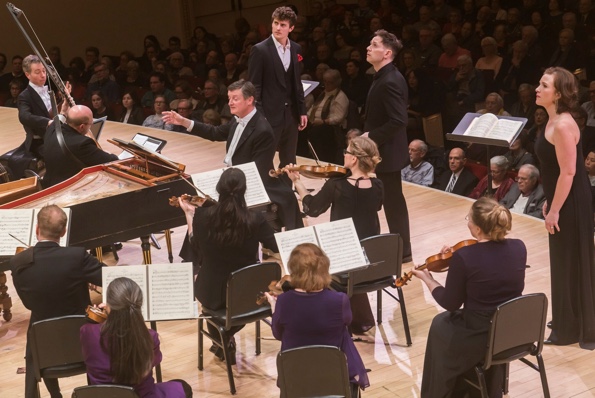 Then came the learning — college in Poland, some work in German opera houses such as Aachen, Leipzig and Koblenz, and crucial advanced training at Juilliard beginning at age 24.

“Like any other voice, you have to practice, practice, practice before it is likely to grow,” Orliński said. “Finally it becomes greater in volume, and you can build up the technique to maintain that volume in big spaces. But it is difficult. I am lucky my first teacher believed in me when I was really terrible and couldn’t sing a note.

“Nobody wants to hear a countertenor who is starting out. It’s a horrible thing, almost like a starting violinist,” he said, making a scratching and cawing sound into the phone. “It takes years and years of work to do something with it. All my teachers really helped me on my way, but at the beginning the most important was my first teacher, and my parents who supported me in my trying.”

Orliński said the opportunity to sing Vivaldi’s “Nisi Dominus” is hard to beat: “This is a very famous Vivaldi composition, written back in his day for a woman. But now it is very often performed by countertenors. I am always excited when people program sacred music. It does not happen often, and in this case to you see Paul Agnew is not only conducting ‘Nisi Dominus’ but a whole concert on a sacred theme.”

Meanwhile, Orliński has been at work preparing his solo debut album, on the Erato label, scheduled to arrive in autumn 2018. “Once you explore a little bit, you find so much wonderful repertoire written since 1700,” he said, promising surprises from virtually forgotten 18th-century Neapolitan composers Nicola Fago and Domenico Sarro. 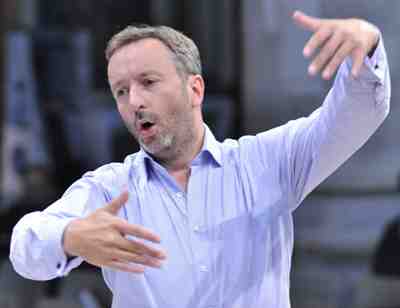 Conductor Agnew decided to add an instrumental concerto to the mix, in part to show how incredibly close to the instrumental style the vocal writing of Handel and Vivaldi was becoming. “Virtuosity with the voice started out with text-based Monteverdi in the early 1600s,” Agnew said by phone. “But over the 150 years between 1600 and 1750, there were a multitude of styles representing a huge development, and with this concert we are in the quite-ripe Baroque.

“Although the vocal writing is not exactly instrumental, because the text is still central, we can hear all the Italianisms, all the runs, all the incredible things that you hear in the instrumental concertos, and we wanted the audience to be able to can hear that influence by way of comparison.”

The piece Agnew chose is Vivaldi’s pyrotechnical Concerto “For the Holy Assumption of the Virgin Mary” (RV581), featuring violinist Gina DiBello, concertmaster of the Music of the Baroque Orchestra, who is also a violinist with the Chicago Symphony Orchestra. The concerto sets the violin’s solo virtuosity against two separate orchestras, which call and respond to each other in a manner not unlike those late-Renaissance Venetian motets that are almost a precursor of stereo. 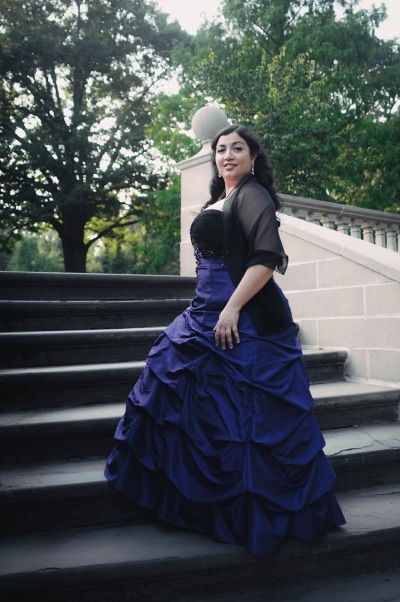 The writing for singers in this concert is similarly virtuosic, but Agnew is confident of his artists a full generation younger: “Things are going to go very fast with Jakub. This is not always a good thing for young artists, because the market eats them up, but he is very intelligent.”

The two met almost by chance, when Agnew was in New York to help coach singers for a concert led by fellow conductor and colleague William Christie.

“Jakub asked to have a session, and I agreed, not knowing him, never having heard him at all. We worked for an hour and had such fun – because he is open-minded and very quick – that we organized another session two days later. And by the end of that hour, I knew that we should take him to France for the summer festival in the William Christie Gardens.” (Dans les Jardins de William Christie is a new artistic and cultural attraction in Western France.)

The orchestral musicians of Les Arts Florissants also go to the Christie Gardens to rejuvenate. “We did the ‘Nisi Dominus’ there, and Jakub immediately got into it all, including the short, 20-minute concerts in different parts of the garden,” Agnew said. “His joy in performing was very apparent. You need that to have a career, along with the willingness to work hard and take chances, and a bit of luck.”

(See below for Orliński in another summer setting at Aix-en-Provence, where the countertenor recorded the aria “Vedro con mio diletto” from Vivaldi’s “Il Giustino” live for France Musique in July 2017.)