Music Director Riccardo Muti and the Chicago Symphony Orchestra Association have announced a third-year extension for Erina Yashima as the Sir Georg Solti Conducting Apprentice through the 2018/19 season. Yashima was appointed to the position in 2015 for a two-year term covering the 2016/17 and 2017/18 seasons.

In recognition of her accomplishments over the past two seasons, Muti and the CSOA made the decision to extend Yashima’s term in the role. Yashima is the third Sir Georg Solti Conducting Apprentice, a position that Muti helped to establish at the beginning of his tenure as music director.

The position was created in part to recognize the CSO’s distinguished tradition of training young musicians and was previously held by Sean Kubota (2011-2013) and Matthew Aucoin (2013-2015). The International Sir Georg Solti Conducting Apprenticeship is a program of the Negaunee Music Institute at the CSO. 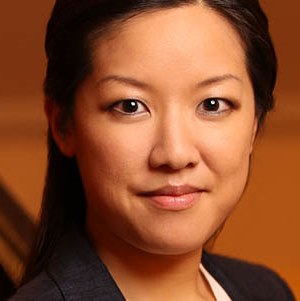 “I have respect and appreciation for Ms. Yashima,” said Muti. “She demonstrates great commitment to her role as our Solti Conducting Apprentice and an excellent level of artistry that she shares with our young musicians of the Civic Orchestra. I am pleased that she will continue with us for the upcoming season.”

“The role of Solti Conducting Apprentice has made a major impact in my life as a musician and as a person,” noted Yashima. “The opportunity to learn from one of the greatest conductors such as Maestro Muti and the musicians of the Chicago Symphony Orchestra, and to collaborate with the Civic Orchestra of Chicago over the last two years has been a significant experience that I will take with me throughout my life in music. I look forward to continuing my work in this inspiring environment and hope that I can return to the musical world what has been shared with me by these incredible musicians during my time in this role.”

During her tenure as Solti Conducting Apprentice, Yashima has spent at least 10 weeks each season studying with and assisting Muti in Chicago during his residencies with the Chicago Symphony Orchestra. Yashima has also had a close association with the Civic Orchestra of Chicago, the CSO’s training orchestra for young professional musicians.

Her podium appearances with the Civic Orchestra have included a spring 2016 community “side-by-side” concert with young musicians from Schurz High School and Judson and Joyce Green Creative Consultant Yo-Yo Ma, a concert with the Civic during the 2016 Ear Taxi Festival and an April 2017 Civic Orchestra performance featuring Stravinsky’s The Rite of Spring at Symphony Center.

German-born, Yashima recently made her conducting debut at the 2017 Salzburg Festival in Der Schauspieldirektor, the festival’s opera production for children, and her Italian opera debut in February 2017 in Rossini’s La Cenerentola.

The creation of the CSO International Sir Georg Solti Conducting Apprenticeship was announced by then-Music Director Designate Riccardo Muti in October 2009 as part of his larger vision for the CSOA. The program is named for Sir Georg Solti, who served as music director of the CSO from 1969 to 1991, not only because of his deep connection with the CSO, but also in honor of his commitment to connecting with young musicians.

Support for Erina Yashima as the Sir Georg Solti Conducing Apprentice in the 2016/17 and 2017/18 seasons was provided through a generous grant from The Claire Rosen & Samuel Edes Foundation.