‘An Enemy of the People’ at the Goodman: Idealism confronts the (deplorable) populace 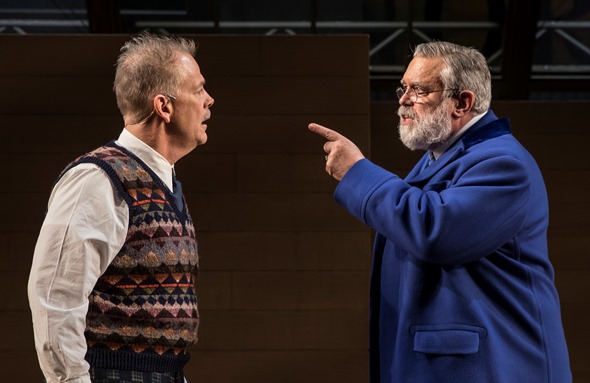 Review: “An Enemy of the People” by Henrik Ibsen, adapted and directed by Robert Falls at Goodman Theatre thru April 15. ★★★★

When Henrik Ibsen completed his play “An Enemy of the People” in 1882, he couldn’t decide whether to declare his moralizing screed a drama or a comedy. Indeed, in the mirror it holds up to human self-interest and moral hypocrisy, “An Enemy of the People” displays a deep strain of dark absurdist comedy. That is pointedly the case in a new adaptation by Robert Falls for Goodman Theatre that hews close to Ibsen’s pervasively cynical work. 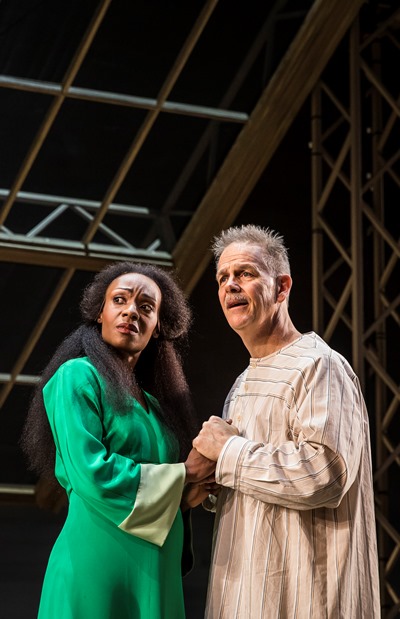 The basic premise of Ibsen’s play has been likened to that of the film “Jaws,” where the village council and local merchants, for the sake of everyone’s livelihood, would ignore the obvious signs of a killer shark in their popular recreational waters.

That’s essentially where “An Enemy of the People” begins: A local scientist, Dr. Stockmann, has discovered that the town’s natural baths, a huge tourist draw and the foundation of the local economy, are fouled and dangerous. Stockmann’s proposed remedy is elaborate, expensive and time-consuming – and meanwhile there’s a good likelihood that surrounding communities competing in the same bath market would pounce on the opportunity to woo away an alarmed public.

In short order, Stockmann, who thinks he has done his community a great service, finds himself a pariah, vilified, officially declared an enemy of the people.

It’s an amazing tumble from grace, accelerated not least by Stockmann’s own brother Peter, the town mayor. But the scientist is also abandoned by the self-styled liberal newspaper editor and by the self-righteous president of the association of small business owners, who’s all in for doing the right thing until the mayor points out that a tax hike would be necessary to pay for the correction. 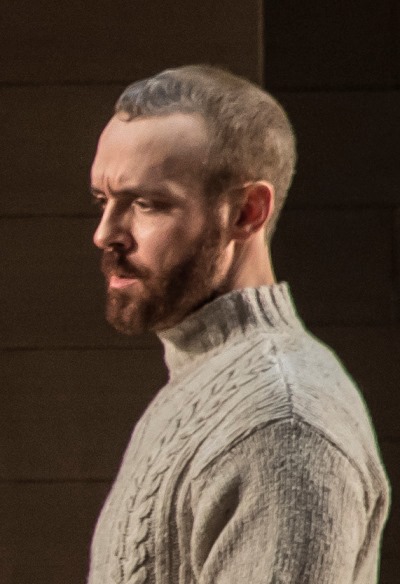 In Falls’ closely focused, efficient and faithful adaptation – of a work that has seen many – it seems he just couldn’t resist tossing in a couple of buzz-words from current American politics. Thus the intractable mayor dismisses science and its “fake facts,” and Stockmann, at a town meeting where he will have his shot at bringing the public around to his side, reviles his fellow townspeople as a deplorable lot. The word did draw ripples of laughter from the audience, and it’s consistent with Ibsen’s own bitter tone and what is arguably tongue-in-cheek comedy.

As Stockmann, Philip Earl Johnson offers an immediately appealing character full of energy and optimism. Stockmann is the hub around which “An Enemy of the People” turns, and Johnson sustains that central place through a blend of dignity and conviction. That said, in the end – here as in Ibsen’s original – Stockmann goes off the rails in his determination to prevail against the whole town.

Refusing his brother’s advice to take his family away for a while, he declares himself the strongest of all men for the simple reason that he is entirely alone. The scientist has become a martyr, with delusions of grandeur. Sitting amid the shattered glass and hurled rocks in his pillaged home, Stockmann is even willing to risk the well-being of his family on principle.

Scott Jaeck cuts a great bear of a man as the scientist’s pragmatic, superior and condescending brother Peter, the mayor. Jaeck prowls about the stage in a grand blue cloak, his imposing chain of office displayed to an admiring, albeit small, world. The mayor’s word is first and last on any subject, and political prudence must trump even kindred blood. 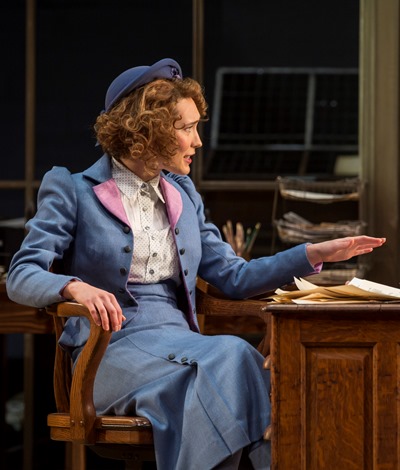 Women don’t count for a lot here, and there wasn’t much Falls – who also directs the play – could do about that plain reality. Lanise Antoine Shelley provides the beleaguered Stockmann with a sympathetic wife, and Rebecca Hurd is a spunky grown daughter with a modernist mind of her own, until it’s time for man talk and she’s told to leave the room.

Aubrey Deeker Hernandez offered a well-drawn, irony-drench portrait of the liberal newspaper editor Hovstad, who begins the play in a mode of high-minded — and in support of Stockmann — only to wilt under the mayor’s heated oppositon.

The versatile Allen Gilmore puts on the well-fitting cap of Aslaksen, president of the association of small business owners. Basically, this self-described conservative and the prating liberal Hovstad are made of the same thin stuff. There’s something of a Shakespearean weasel in Gilmore’s Aslaksen, a noisy busybody who shifts with every blowing wind.

The crisis and turning point of “An Enemy of the People” comes at a public meeting called by Stockmann to explain why the town must take his findings seriously. In Ibsen, and here, it’s a meandering rant in which the scientist sets himself above the people, invoking a metaphor about fine poodles and mongrels to make his point that his rowdy audience is pretty much made up of the latter. Deplorables, Not unsurprisingly, the mongrels turn on him.

Todd Rosenthal’s sets nicely embroider the narrative, from the realism of Hovstad’s newspaper office to the comfort of Dr. Stockmann’s well-provided home – and the shambles to which it is reduced by a populace that doesn’t want to hear about sharks in the water. 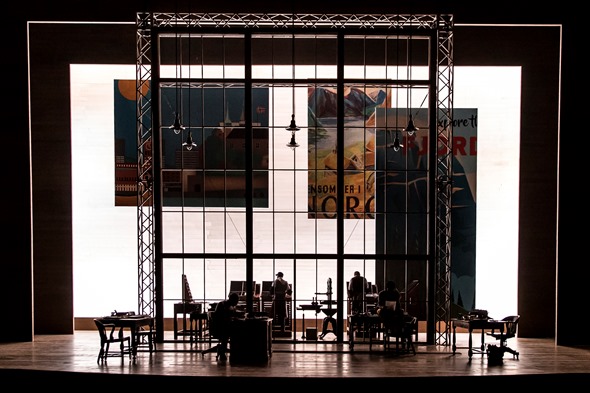