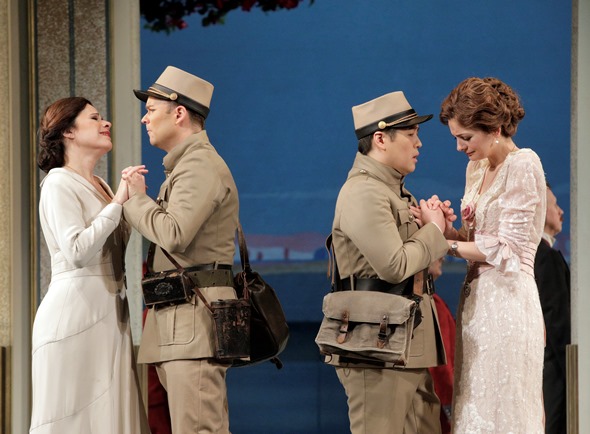 It’s essentially chamber music, Mozart’s splendorous opera “Cosi fan tutte,” and it is a stellar sextet of singers that Lyric Opera of Chicago has assembled in a setting that is itself a picture of elegant intimacy.

Despite its gender-specific title, “Cosi fan tutte” – or Women Are Like That – is a double-edged satire of the wobbly ways of love. Never mind that the course of true love never did run smooth; this delicious slice of musical mirth contrived by Mozart and librettist Lorenzo Da Ponte declares that affection is inherently mutable: It is the very oiseau rebelle that Carmen celebrates in Bizet’s opera. 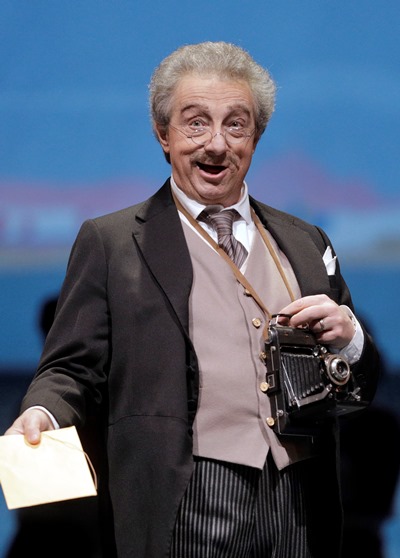 What’s the expression? If you can’t be with the one you love, love the one you’re with. That’s the practical counsel of worldly maid Despina to properly brought up sisters Fiordiligi and Dorabella when their sworn swains, the soldiers Guglielmo and Ferrando, are suddenly sent packing off to war.

But, of course, their exit is only a ruse, part of a bet wagered between two blokes sure of their lovers’ hearts and an old cynic, Don Alfonso, who challenges the boys to put the girls to a test. Far from the tragic ground of “Carmen,” Mozart’s incandescent opera is farce, the absent Guglielmo and Ferrando instantly recycled as a pair of visiting Albanians, mustachioed and exotically costumed and bent on seducing the bereft Fiordiligi and Dorabella.

Not just bent, but under Don Alfonso’s relentless lash, hell-bent. That full-throttle drive to break the girls down has always cast a moral shadow over “Cosi fan tutte” in some eyes. Beethoven, for one, disapproved. Others, perhaps seeing truth in the comedy, and citing a musical score that matches – if indeed it doesn’t transcend – Mozart’s other great collaborations with Da Ponte, “The Marriage of Figaro” and “Don Giovanni,” regard this slyly scandalous work as a rare treasure. 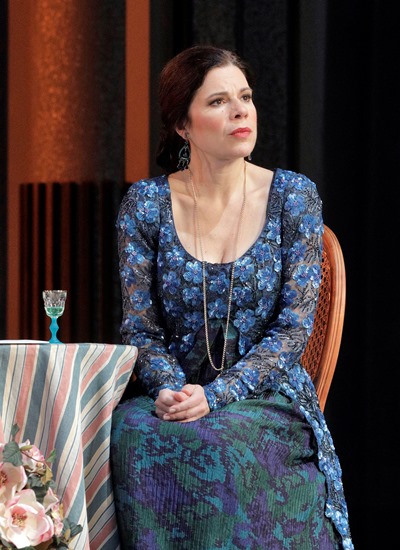 Confronted by the Lyric’s radiant account, under the sure-handed leadership of conductor James Gaffigan, it is impossible not to suspend both disbelief and moral judgment. This show is funny, touching, provocative and beautiful.  The Lyric Opera Orchestra offers polished support and the chorus prepared by Michael Black is in fine shape.

All three of the female leads are quite disarming. Soprano Ana María Martínez establishes her proud, circumspect Fiordiligi early on with a vocally imposing proclamation of “Come scoglio” (Like a rock, we stand fixedly against wind and storm). There is a regal quality in Martínez’s singing that evokes not just Fiordiligi’s good breeding, but also the moral standard to which she holds herself.

Unlike mezzo-soprano Marianne Crebassa’s more complaisant Dorabella, who’s a bit of the dewy-eyed miss who keeps resisting, all the while she keeps insisting. The French singer makes an infectious flirt, but she also brings a warm and assured voice to the role – not least in the ensemble numbers that ennoble this whole enterprise. 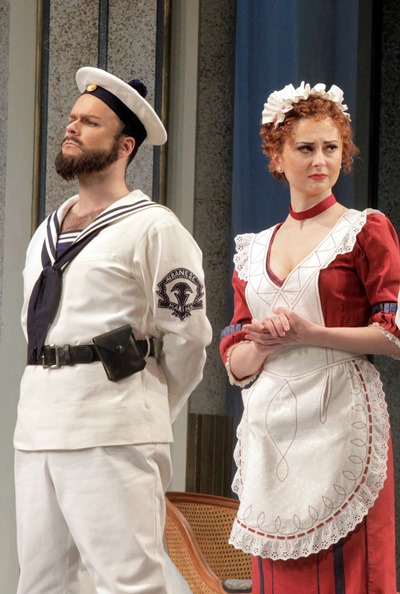 In her U.S. debut, Russian soprano Elena Tsallagova provides the show’s comedic glue as the savvy, riotous Despina, at once maid to the love-bugged sisters and Don Alfonso’s co-conspirator in proving that Cupid’s ever at the ready. Amid all the crazy stuff and attitude, it’s easy to underestimate Despina’s vocal contribution: It is substantial, and Tsallagova delivers with bubbly ease.

The perilously overconfident young men, who in truth seem to know neither their sweethearts nor their own hearts, are sympathetically portrayed and handsomely voiced by baritone Joshua Hopkins as Guglielmo and tenor Andrew Stenson as Ferrando. Both go all in with the mad caper, and likewise summon the genuine poignancy of youths whose very world has been fractured.

As the curmudgeonly Don Alfonso, baritone Alessandro Corbelli cuts a refined figure of an intractable cynic. It’s Alfonso’s willfulness, his single-minded determination to keep remounting offensives against the girls, that perhaps casts some darkness over “Cosi.” Yet the vocally assured Corbelli lends the old guy a certain charm and validity. And indeed, in the end his conviction is borne out. 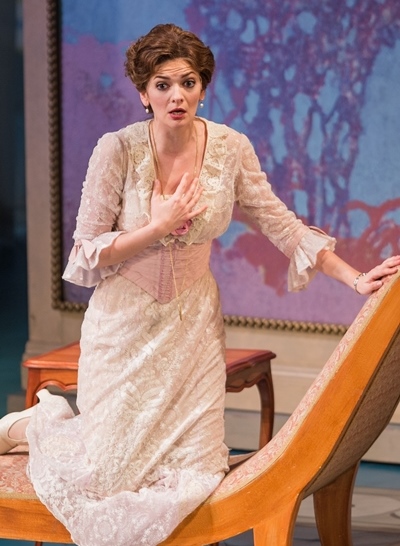 The issue is always how, in what terms and form, Alfonso clinches his bet. Are the idealistic lads merely disabused of their good faith, or in the course of their trickery do they actually learn something about themselves – and are the two sisters likewise enlightened?

Sometimes, a director shows us the two couples realigned, sometimes all ends as it was in the beginning. This production, originally devised by John Cox and directed here by Bruno Ravella, offers a novel spin.

The locale is a stylish seaside resort – Robert Perdziola’s set and costumes are eye-popping – at the beginning of World War I. At the opera’s conclusion, just as the air is clearing for the two flummoxed couples, the rising winds of war encircle our swains.

And they are off once more. This time, however, escorts in trench coats and gas masks signify that the commedia is indeed finita.