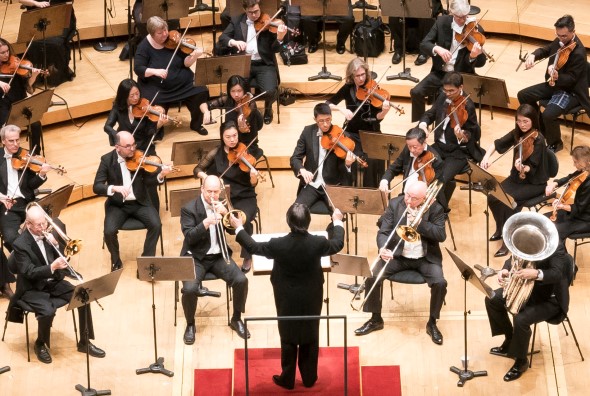 On the one hand, Jennifer Higdon’s solidly crafted Low Brass Concerto, which received its world premiere Feb. 1 by the Chicago Symphony Orchestra under Riccardo Muti, enjoyed artful framing by three brilliant pieces from by a wide range of top-flight composers from the past.

On the other hand, well, see above. 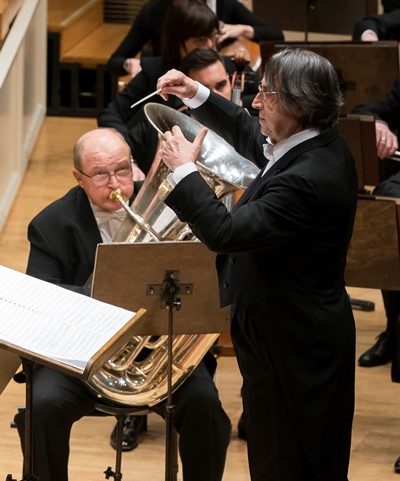 My impression was of a skillfully wrought work in a very conservative harmonic language that brings four players from the back of the band into engaging prominence. That quartet consisted of veteran members of the CSO brass section – trombones Jay Friedman and Michael Mulcahy, bass trombone Charles Vernon and tuba Gene Pokorny.

The new concerto was commissioned by the Chicago Symphony, with the Philadelphia Orchestra and the Baltimore Symphony as co-commissioners.

One might characterize the Concerto for Low Brass as sturdy. Mercifully, Higdon, winner of the 2010 Pulitzer Prize for her Violin Concerto, does not subject these low voices to cheap, obvious commedia dell’arte hijinks. Long lyrical lines abound, along with formidable virtuosic demands.

Although the 17-minute concerto plays out in one movement, it falls into four distinct segments in the early Baroque concerto style of slow-fast-slow-fast. The second episode, effervescent and brightly hued, is effectively a scherzo. It is both the most brilliant and the most original section of the work. 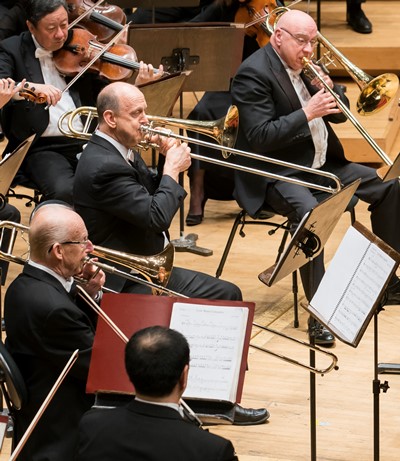 The opening “movement,” with its modal harmony and antiquarian yearning, virtually channels Vaughan Williams’ “Fantasia on a Theme by Thomas Tallis.” That same aura of reworked Vaughan Williams recurs in the work’s final stretch. It is not unappealing music; it just hits one with a sense of “Hello, I’m familiar with this.”

Then there was the concert night matter of woolly textures, of those ace soloists getting swallowed up in the orchestral sound.

Muti leads further performances of Higdon’s concerto at Carnegie Hall on Feb. 9 and on other East Coast stops in the CSO’s impending tour.

That Carnegie Hall program, the first of two, will exactly replicate the fare that surrounded Higdon’s concerto on Feb. 1. And a delicious series of works it is, starting with the young Stravinsky’s scintillating “Scherzo fantastique” – the music that induced Serge Diaghilev, impresario of the famed Ballets Russes, to commission “The Firebird.” 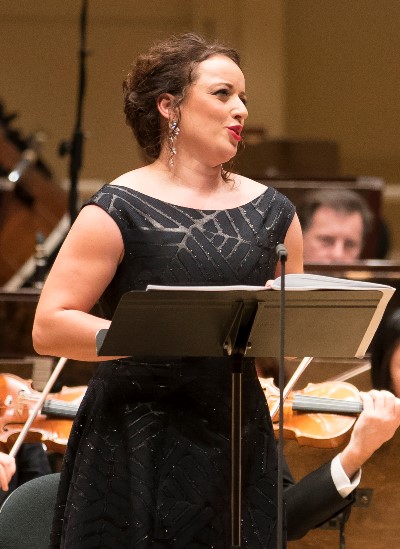 Muti led a performance that was by turns feathery, shimmering and explosive: a concert bookend with the vividly evocative music of Britten’s Four Sea Interludes from the opera “Peter Grimes.” These entr’actes – Dawn, Sunday Morning, Moonlight, Storm – essentially summarize the opera without words; from the CSO, Muti elicited playing that was cool, bright, mysterious and charged.

No less compelling on this smartly made program was the comparative rarity of Chausson’s “Poème de l’amour et de la mer,” settings of two elegiac poems by Maurice Bouchor separated by an orchestral interlude. This also will be on the Carnegie program, happily with the same singer: mezzo-soprano Clémentine Margaine.

What a pleasure to hear these French verses from the lips of a native speaker. Margaine gave luxurious voice to Chausson’s sad testaments of fleeting beauty and remembered love. Under Muti’s sure hand, the wordless but delicately voiced Chicago Symphony invoked the evanescence of rose and lilac and the mutable heart itself.