‘Boy’ at TimeLine: Caught in a physiological trap, lad is certain that he’s not, alack, a lass 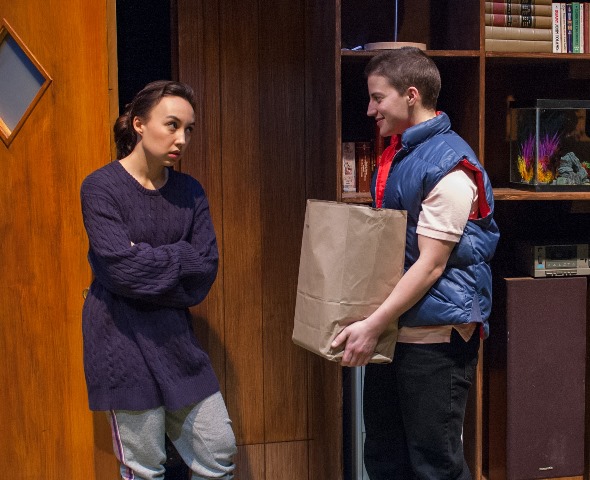 Adam is a boy, age maybe 20. So you’re thinking, OK, if he’s 20, he’s more man than boy. Exactly. But for Adam, in Anna Ziegler’s play “Boy,” getting to manhood meant first establishing his boyhood – or boyness, if you like. And that is both the most engaging and the most problematic part of this drama now on the boards at TimeLine Theatre. 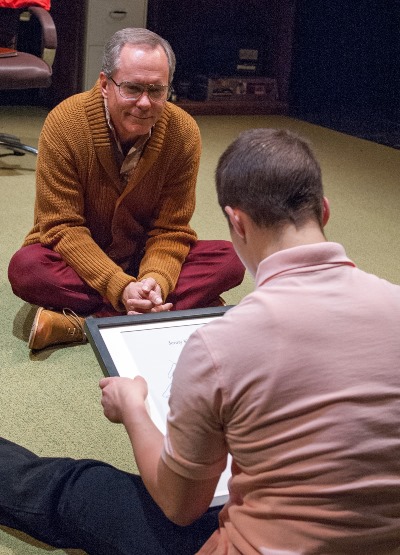 “Boy” is based on a historical incident. When twin boys were circumcised, a mishap resulted in the severing of one boy’s penis. That’s Adam. Leaving history behind and confining ourselves to the play before us, Adam’s distraught parents don’t know what to do, or where to turn.

They go to the noted Dr. Wendell Barnes (played by David Parkes), apparently a psychiatrist. One would like to think he is, but that isn’t entirely clear. In any case, the doc’s advice is to accept the damage as irreparably done and turn down the implied path: Rename Adam and raise him as a girl. Never tell him/now-her the truth. Encourage feminine thinking and interests, pump him-turning-her full of hormones and before too much time has passed tell the re-gendered child that surgery will be necessary to elaborate her underdeveloped vagina.

It’ll all turn out swell, believe me, quoth the doc. But it turns into a big mess – from which Adam rescues himself and his maleness. It is the course-corrected, grown-up Adam (the very appealing Theo Germaine) whom we immediately meet as the play opens. He knows all about cars and he’d like to know more about Jenny (worldly, wary Emily Marso), now a single mom but also Adam’s classmate back when he was wearing dresses. She doesn’t make the connection, nor does she show any immediate interest in yet another guy making a move on her. (I know what you’re thinking, but bear with me.) 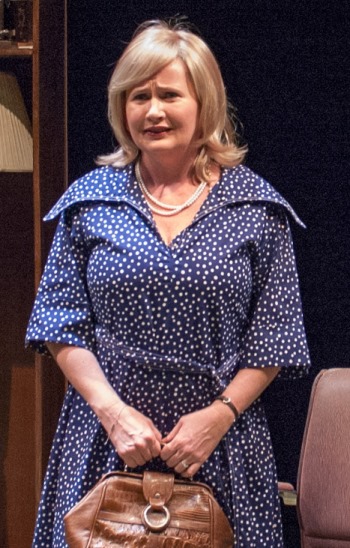 Doc Barnes’ big sex change project runs off its rims pretty quickly, but he’s imperturbably optimistic, sees what he’s determined to see. He becomes the child’s gender reorientation coach and urges the emerging adolescent to have the vaginal surgery. Barnes plays the doctor as blinded by a conviction that he’s on the single right path, a vision bordering on obsession.

When Adam’s parents (Mechelle Moe and Stef Tovar as sympathetically ordinary folks) try repeatedly to tell the doctor that it’s not happening – that Adam only grows more interested in doing the things his brother does like get all grimy under the car – the fixated physician counsels patience, and presses the surgery. Adam, meanwhile, begins pushing back hard against the doctor’s agenda, insisting that he’s not a girl, never was, never will be, and nobody is going to turn him into one.

Designer Arnel Sancianco’s vast, detailed wall installations at opposite ends of the playing space, like interior photographs of Adams’ personality, show us the gravitational pull of the lad’s mind. All this collected stuff is who he is.

Through much of the 90-minute play, time keeps shifting back and forth between Adam in his young adult male present and Adam in his gender-moot childhood. While these time swings are easy enough to follow, they raise a couple of sticky problems. One is the demand on Germaine to recapture a child’s simplistic world and sketchy understanding of concepts. I have always found an adult actor playing a child to be a dubious thing to behold – generally silly, and not in the way intended. That was my impression here, as well. 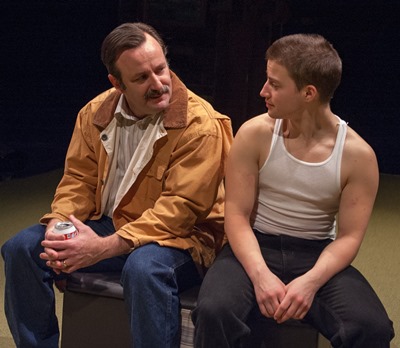 But more troublesome, in the context of the play, is the doctor’s expectation that this child will be the one to give thumbs up or down on such invasive surgery. In what honest world would that not be the parents’ decision? The problem is it’s a lie; the parents can’t bring themselves to force the issue, so the doctor hassles the child toward capitulation. The doc should have his license taken away. But the boy knows, senses, understands on a deep level that what the doctor is clamoring for is wrong.

In the end, one might say, Boy gets Girl. To which you might reasonably reply: “Say what?” Though Adam has worked out a solution, the narrative’s ending is forced and highly dubious. Happy? Maybe, for now. Ever after? Is there a real psychiatrist in the house?

Perhaps there’s a second summation to be offered here, one that touches the subtext of the play. “Boy” strikes me essentially as parable, a metaphor for the torment that the variously gender-identifying are put through to conform to boy-girl norms. Adam gets pretty well beaten up – emotionally pushed and prodded – by an over-determined doctor who has made up his own mind what gender this child should be. In his presumption, he could be any anxious, well-intentioned parent — or Doctor Frankenstein. In that light, in a clinical sort of way, it’s a powerful story.