‘Rose’ at Greenhouse: Linda Reiter reprises her grand turn as matriarch of the Kennedys 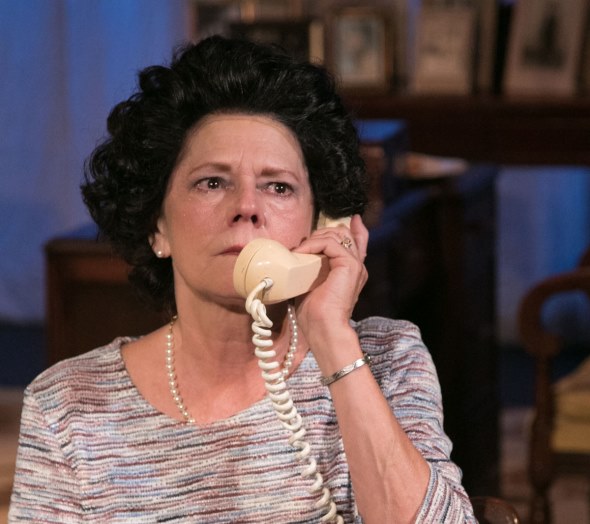 “Rose,” by Laurence Leamer, directed by Steve Scott, at the Greenhouse Theater Center through March 11. ★★★★

The steely mother in Laurence Leamer’s one-woman show “Rose” shares a view back through the prism of her privileged life that is severe, magical and mixed. Rose Kennedy, cool-hand mom to a brilliant, driven brood that includes stars John, Bobby and Teddy, spells out how so queenly a matron might be at once proud and happy, marginalized and resigned. 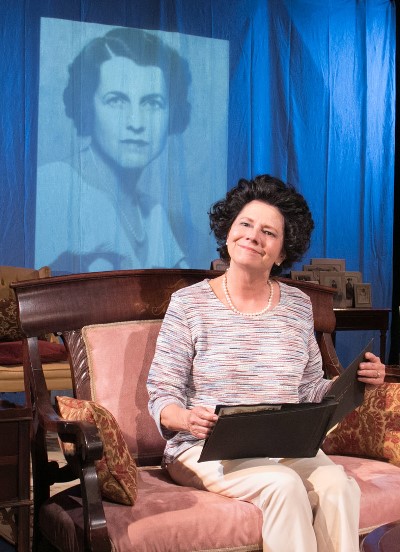 This 90-minute immersion, reprised by Greenhouse Theater Center after its Jeff Award-winning production a year ago, again spotlights Linda Reiter as the very reincarnation of the Earth Mother of the Kennedy clan. It’s a magnetic performance – unflinchingly honest (which is to say intensely conflicted), elegantly modulated and disarmingly authentic. Reiter even resembles Rose Kennedy.

All that said, I came away from the play welcoming the cold, revivifying night air. Reiter should be wearing a black arm band for this modern Greek tragedy. It is a tale of splendor, power, hubris and grievous death. Much death. Of the nine children Rose bore patriarch Joseph Kennedy, famous sons John and Bobby were assassinated, Joe Jr. and Kathleen met untimely ends in Europe in the 1940s and a fifth, Rosemary, was lobotomized.

Reiter’s reflective, philosophical Rose relives it all – the hopes, the heartbreak and the hard reality of a life of boundless wealth framed within an empty marriage. The old man, Joe Sr., made it clear early on that he would go his own way, make his fortune, sample the wonderful diversity of womanhood and provide very well for his family. Rose and the children would want for nothing. 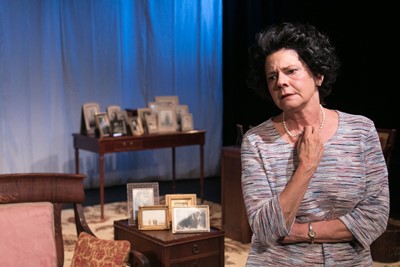 That’s the deal Rose now recalls. The Kennedy men, she affirms with not a little pride, were achievers, real go-getters, men’s men. Their women needed to understand that. There will be other women, she tells both her own daughters and the wives of her sons. Get used to it. But there would also be prominence, great wealth and universal respect. The men would earn all that; the wives would be royal beneficiaries.

In this patrician family, says Rose, to lavish love was to coddle weakness. Kennedy men grew up tough, reliable, accomplished. The women…well, as Rose remembers telling her brilliant and aggressive daughter Eunice, it’s really a shame she was born a girl, because she had the stuff of a high-achieving man.

Rose is thinking back through her remarkable life and going on about her marvelous children in an interview with a writer (unseen) whom she has invited to her home at Hyannis Port, Mass. (Designer Kevin Hagan’s parlor bespeaks lived-in comfort.) It’s the late 1960s. John and Bobby are both gone. Now Rose dotes on Teddy. He’s out sailing, but should be walking into the room at any minute. The scribe is going to help Rose write her autobiography, so she wants to provide as much detail as she can and along the way portray her life with honesty – warts and all, as they say. 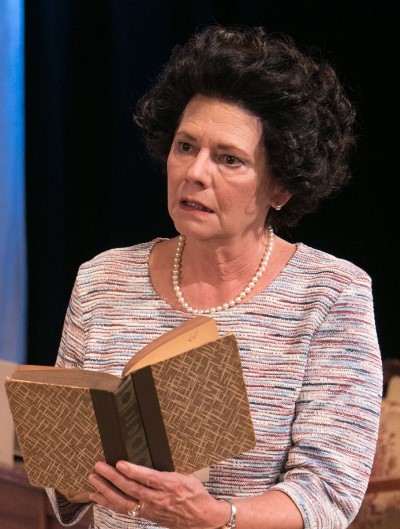 Or, as some might say, all warts. Humor is marvelously absent. I don’t think I heard laughter in the theater six times in that hour and a half. Wry humor occasionally streaks the horizon, but it comes with a chill on it. Our Rose is one hardened lady, straight, circumspect and wary. She seldom laughs out loud, and so neither do her listeners.

Reiter’s grand monologue is relieved by an occasional ringing of the phone, the call coming from a friend or offspring, the matter usually slight – and maybe slightly annoying to pragmatic Rose. Once, it’s none other than Jackie on the line. Rose says she approved of Jackie’s marriage to Aristotle Onassis: Why should this bright and beautiful woman live out her life in widow’s weeds? I couldn’t help wondering if Rose was projecting a bit.

Within her measured laughter and careful rectitude, Reiter allows this grand matriarch just enough vulnerability to make the portrait credibly human. Hers is a remembrance of the snows of yesteryear – crystalline, breathtaking, singular. And gone.