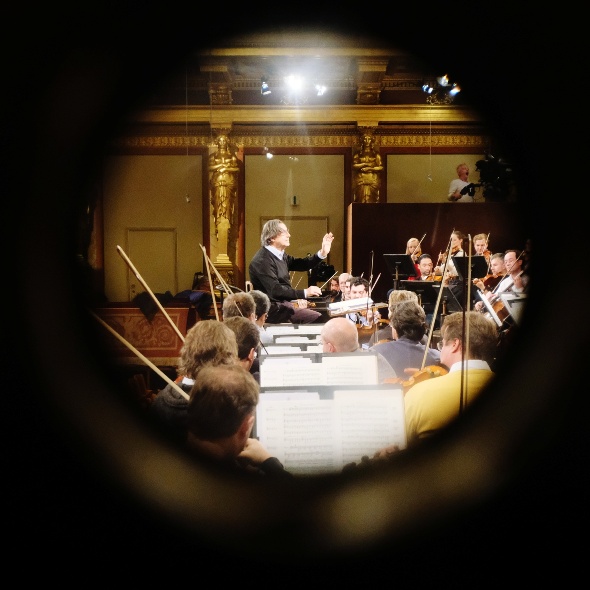 Preview: Riccardo Muti, music director of the Chicago Symphony Orchestra, will lead the Vienna Philharmonic’s annual New Year’s Day concert at the Musikverein. It will be broadcast worldwide.

When Riccardo Muti conducts the Vienna Philharmonic’s New Year’s Day concert for the fifth time in his career, it will be 11:15 a.m. in the city of Mozart, Beethoven and Johann Strauss Jr., but only 4:15 a.m. in Chicago.

Worry not, there are multiple ways to enjoy this event, which epitomizes the close friendship that the Chicago Symphony Orchestra’s music director has had with the esteemed Vienna Philharmonic, dating back some 47 years.The concert will broadcast from the Golden Hall in Vienna’s Musikverein, where Muti is a favorite son, to more than 50 million expected viewers and listeners in some 90 countries around the world. (The photo above is of a rehearsal underway.) 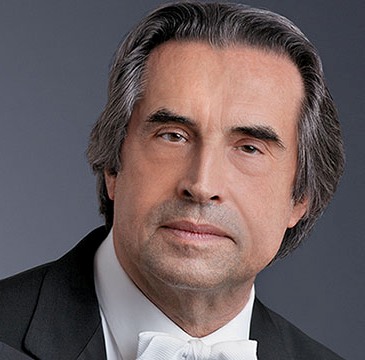 The concert promises great fun, with plenty of music by Johann Strauss, Jr., the “waltz king,” including polka, galop, and mazurka. But mostly, waltzes, including the famous “Myrtle Blossoms,” “Roses from the South,” and “Tales from the Vienna Woods.” In a delightful November interview with Dennis Polkow, when Muti was in Chicago last, the maestro conveyed the secret of the particular Viennese lilt that not everyone masters – on this side of the Atlantic, at least:

U.S. audiences can enjoy a slight delay in broadcast times to accommodate the inevitable effects of the midnight countdown on New Year’s Eve.

Here are some viewing and listening options: