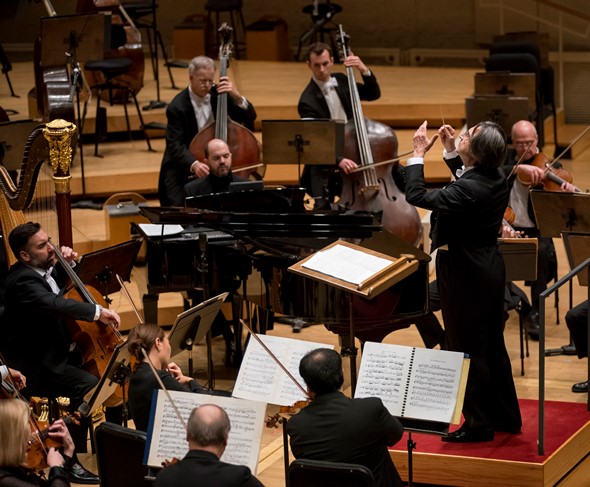 Any deeply satisfying concerto performance bespeaks a close collaboration between soloist and conductor, yet even by that measure the majestic and probing Brahms First Piano Concerto delivered by Kirill Gerstein with conductor Riccardo Muti and the Chicago Symphony Orchestra on Nov. 17 was a singular, one might say time-stopping, experience. 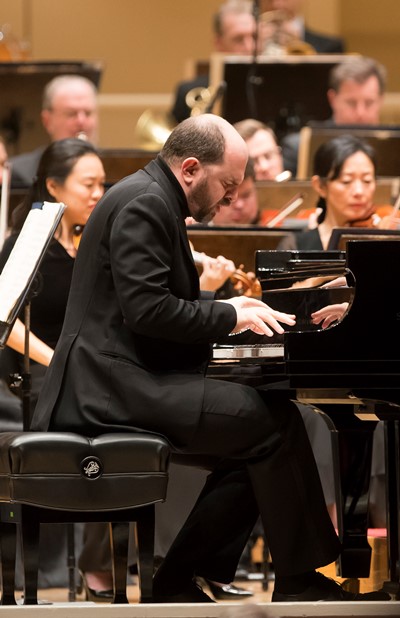 Brahms was the second revelation of an extraordinary concert. First came Muti’s elegant, witty, indeed deliciously operatic turn through a work far more widely known by name than by encounter: Richard Strauss’ suite for chamber orchestra “Le bourgeois gentilhomme.” Even without a full-fledged symphony in view, the program pointed up Muti’s immeasurable value as the CSO’s music director and why his concerts are must-hear affairs, no matter the repertoire.

I used the phrase “full-fledged symphony” advisedly. Brahms’ Piano Concerto No. 1 in D minor, which went through a convoluted development over the years 1854-58, might actually have come into the world as a symphony. The ever self-critical composer originally shaped the work as a sonata for two pianos, then for a time mulled the idea of turning it into a symphony. But still in his early twenties, with the long shadow of Beethoven looming over him, Brahms, a virtuoso pianist himself, settled ultimately on the form of concerto for this sweeping tapestry in D minor.

And what a concerto it is – nearly 50 minutes in length, with an expansive opening for the orchestra alone that has all the earmarks of a symphony: grandeur, drama, urgency. But when the piano finally makes an appearance, it is with quiet voice. One thinks immediately of the slow movement of Beethoven’s Fourth Piano Concerto, where the piano answers a threatening orchestra with Zen-like calm. That is how Gerstein first made gentle reply to the hurricane forces around him. In time, that tenderness gathered strength to the point where the solo piano seemed to match the full weight of the orchestra. But for the most part, here as in the luminous Adagio that followed, Gerstein veered toward the lyricism at the music’s profound heart. 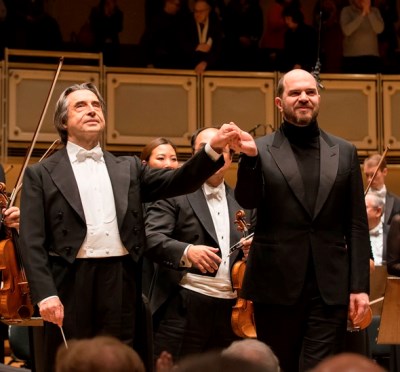 If the orchestra rules the concerto’s opening movement, the wistful, even prayerful Adagio belongs to the piano. To hear Gerstein’s liquid line and sparking sound was to sit at the keyboard with the ruminating composer. No display now, except that of a pianist utterly in command of phrase, pulse and meaning.

With the finale Brahms brings piano and orchestra into balance and uncapped brilliance – in the present instance a riotous contest of virtuosity between the CSO on the one side and Gerstein on the other. The result must be declared a tie: Witness Muti and Gerstein both beaming to rapturous applause.

Even more tormented and dragged out than the creation of Brahms’ concerto was the birth of Strauss’ suite “Le bourgeois gentilhomme” (or roughly, everyman as gentleman). Originally, Strauss and his celebrated librettist Hugo von Hofmannsthal planned to fashion a play by that title with incidental music. But their project fell apart, and scattered attempts to revive it also went south. 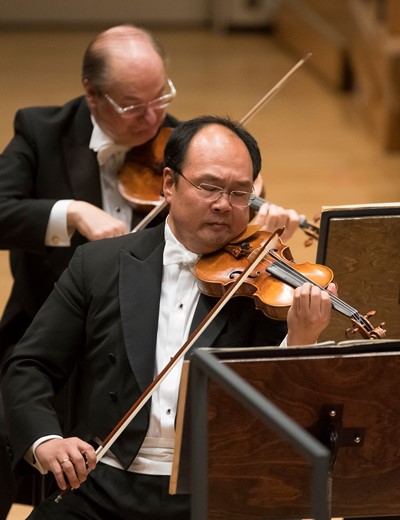 In the end, Strauss fashioned a nine-movement suite for chamber orchestra that evokes and updates the 17th-century French composer Jean-Baptiste Lully, with incidental piano standing in for the harpsichord. (The incidental pianist here, seated anonymously within the ensemble, was none other than Gerstein. Rather like asking Einstein do your math homework.)

Muti, opera conductor par excellence, presided over a score of breathtaking richness that recalls not only the theater music of Lully but, more specifically, the Strauss of “Der Rosenkavalier.” From the eloquent violin solos of concertmaster Robert Chen to sumptuous woodwind conversations, this was a luxurious delight writ small, and a stunning up-close reminder of the Chicago Symphony’s supreme musicianship. But the finesse of Muti’s shaping hand, in music where finesse is all, simply cannot be overstated.

The program opened with a genuine rarity, the 24-year-old Puccini’s “Preludio sinfonico,” a 12-minute flowering of melody that already bears the stamp of the great composer to be. And never before played by the Chicago Symphony. Muti and company brought the piece to exquisite life in this belated premiere.