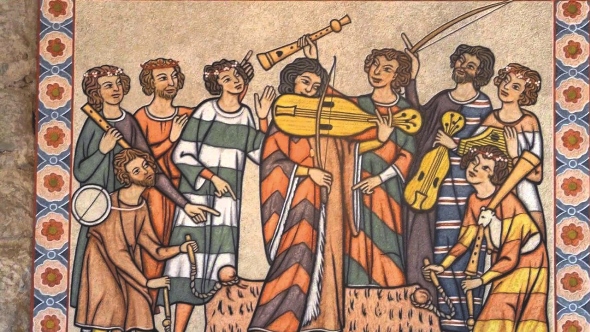 The Newberry Consort will present the music of the Sephardic Jews in Renaissance Spain at their first concert of the season, taking place Nov. 3-5 at Northwestern University in Evanston, the Logan Center for the Arts at the University of Chicago and at Spertus Institute for Jewish Learning and Leadership.

Snaidas has selected a wide range of music for the program, including Romances (ballads of love, loss and adventure), Endechas (laments), Piyyutim (lyrical embellishments of prayers) and Koplas (strophic festival songs) – all of which will be sung in Ladino, the traditional Castillian language of the Sephardic Jews.

This ancient storytelling will be brought to life through the musical sounds of voices, percussion, bowed strings, shawms, harp, Renaissance guitars and the oud (the Middle Eastern grandfather of the lute).

“We are looking forward to presenting this concert, which will highlight the unique musical traditions of the Sephardic Jews, as well as the secular music of Renaissance Europe,” says Ellen Hargis, co-artistic director of the Consort. “We are excited to show how the lives of the Jews, Moors and Christians were so intertwined during this time and how each culture left a lasting cultural impression on the other.”

In addition, for the first time, one of the concerts will be held at Spertus Institute for Jewish Learning and Leadership, located at 610 S. Michigan Ave.

The program is also presented in partnership with the Newberry Library’s Center for Renaissance Studies Mellon Conference on Religious Change.

Sacred Love – Songs of the Sephardim
Friday, Nov. 3, at 8 p.m. at Galvin Recital Hall at Northwestern University in Evanston
Tickets: $40-$50

Sunday, Nov. 5, at 3 p.m. at Spertus Institute for Jewish Learning and Leadership in Chicago

About the Newberry Consort:

Directed by David Douglass, Newberry Musician-in-Residence, and early music diva Ellen Hargis, the Newberry Consort plumbs the Newberry Library’s vast music collection and assembles a star-studded roster of local and international artists to bring you world-class performances of music from the 13th to the 18th centuries…and occasionally beyond! Affiliated with the Newberry Library Center for Renaissance Studies, the Consort also serves as an ensemble-in-residence at both the University of Chicago and Northwestern University. In addition to an annual concert series in Chicago, the Consort has an active touring schedule.