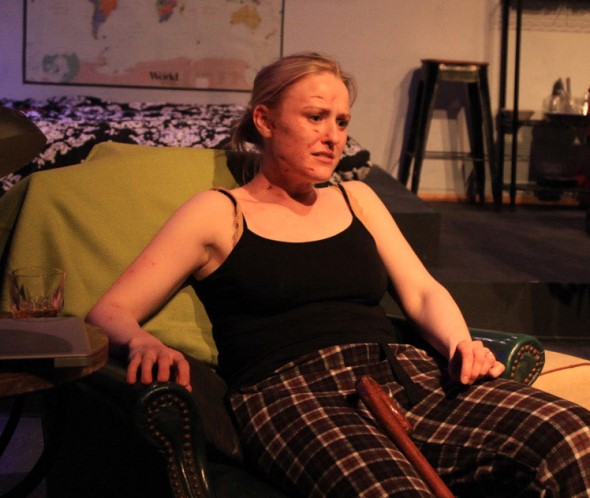 She’s a brilliant war photographer, seriously injured, ever so barely on the mend. He’s a longtime boyfriend and fellow correspondent (armed with a pen) who’s torn up with guilt for not being there when it happened. Their concerned mutual editor, middle-aged, is going through a May-December thing with a baby-faced pregnant cutie, an “events planner” with a bimbo vibe. 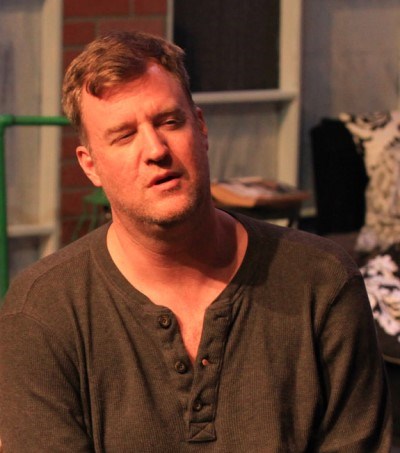 Such is the quartet of characters ideally configured by playwright Donald Margulies, whose wryly titled “Time Stands Still” is an exegesis on how time does anything but.

The first play I ever saw by this author was “Dinner with Friends,” a wily four-hander that won Margulies a Pulitzer in 2000. These days he’s even better at tracing four simultaneous arcs bumped by circumstance and reeling from life’s inevitable slide, while leaving ample room for actors to make of it something richly their own, as the superb ensemble at AstonRep has done.

“Time Stands Still” is notable for an early scene in which young Mandy, horrified at the gory scenes of people about to die, demands to know why Sarah didn’t just put her camera down to help save a life. Sarah responds with one of the play’s revelatory monologues, both defending the purpose of documenting horrors the world needs to see, and also describing how – in the midst of chaos – time stops for her when she sees a shot.

On Broadway in 2010, Laura Linney’s Sarah had an acid undercurrent as she lectured Mandy on the importance of photojournalism as it falls on deaf ears. At Steppenwolf in 2012, Sally Murphy’s Sarah veered as if triggered into a mystical contemplation of the artistic process. At AstonRep, the adept Sara Pavlak McGuire finds another way; her Sarah seems taxed by the effort to answer, her mind striving through the haze of a body still broken.

The cast explores other worthy veins in this sure-footed production, directed by Georgette Verdin. Robert Tobin is riveting as Sarah’s agonized boyfriend James, who came home before she did on the heels of a horrific experience that left him splattered in another’s blood. Tobin’s James is injured seriously, too, even if his wounds don’t show like Sarah’s. Tobin plays James as a stranded soul, still careening and gasping for air; he’s not ever going back, although we know it long before he does.

Rob Frankel, as Richard, emphasizes the tone of a caring older brother as opposed to a self-absorbed editor in the midst of a mid-life crisis; the choice added a gentle warmth to the show. Kirra Silver’s Mandy (whom the war veterans witheringly engage at first) is enchanting in her late-play cameo as a new mom; in fact that scene is played well by all, Mandy’s decision not to go back to work at discomfiting odds with the silent scream of uncertainty in the room.

The set, designed by Jeremiah Barr, is casually littered with cool-looking novelties, most of them small enough to transport in a backpack, conveying the sense of Sarah’s itinerant life. Like the story itself, the look is fragmented but specific, powerfully deliberate and aptly unfinished.