‘Objects in the Mirror’ at Goodman: Escaping calamity in Africa, surviving the folly of youth 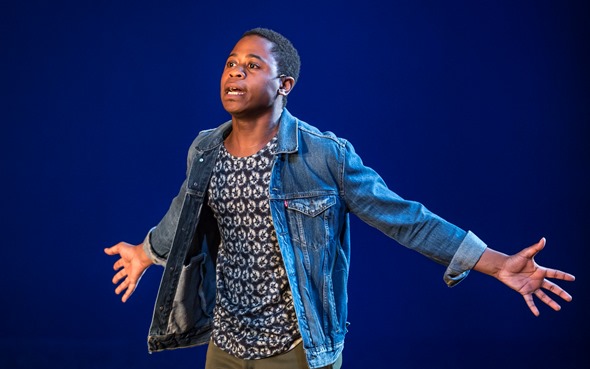 Review: “Objects in the Mirror” by Charles Smith. World premiere at Goodman Theatre through June 4.  ★★★★

Playwright Charles Smith’s “Objects in the Mirror” is a gritty, honest and provocatively open-ended story about coming of age. Mesmerizing, if no less exasperating, it is served with resonant conviction in the world premiere production at Goodman Theatre. 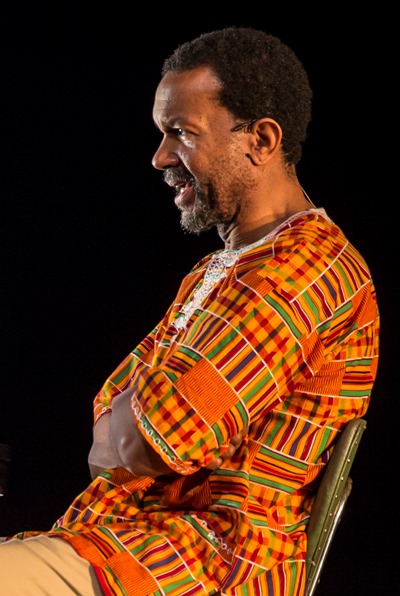 Young Shedrick Yarkpai is staring into the maw of great danger, even if he doesn’t grasp the threat. But his mother and uncle get it: The message is written in the blood of Liberian youths like Shedrick. Political chaos rules the countryside, and innocent boys one day become conscripted soldiers bearing automatic weapons the next – and often end up dead the day after that.

Over the boy’s strenuous objections, mother and uncle scheme to spirit Shedrick out of Liberia to a place – probably the United States – where he will have a chance at a full life. It’s a perilous venture that will take Shedrick, his uncle and the uncle’s son Zaza through many check points and much questioning, where one wrong answer could send them all back home, or worse.

As if the flight itself were not hazardous enough, the worldly wise and wondrously patient Uncle John (Allen Gilmore in a performance at once sly and earthy) must contend every step of the way with the resistant and petulant Shedrick (Daniel Kyri). Not that John’s son Zaza (Breon Arzell) doesn’t have a mind of his own, as well; indeed, along the way Zaza lets impulse get the better of him, which has a narrowing effect on the dramatis personae.  Yet, thanks to John’s guile and resolve, he and Shedrick progress slowly, ever so slowly, through a series of emigration camps until that red-letter day when it’s their turn to go, to put all the hardships and dangers behind them and fly off – not to the U.S., but rather to Australia. 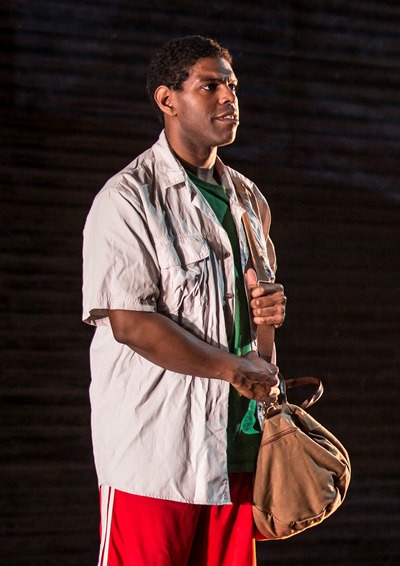 And that is the actual locus – the telling point, so to speak – of “Objects in the Mirror.” Smith’s saga is a memory play that catches up to the present and gazes out to the future, though what may fill those yet unwritten pages of Shedrick’s life is a tantalizing uncertainty. In any case, the vicissitudes of getting there notwithstanding, it’s the new risks of life in the New World that hold the play’s greater magnetism – a sharply honed second act that turns this into compelling theater.

The play begins in the residence of a lawyer (Ryan Kitley) who has taken Shedrick under his wing. We hear the story of the great escape from Africa as Shedrick tells it to his new friend. We also watch and listen, generally with vexation that veers into dismay, as the lad surveys his new independence and begins to sculpt the truth to fit the moment with his ever-wary uncle and the Aussie who’s trying to steer him onto a proper course.

Actually, Uncle John has managed to bring a sizable group to Australia’s gleaming shores, pretty much all of them under aliases as the result of a sort of ID shell game. Which means the whole packet of them is subject to deportation if the deception by even one of them is discovered. John’s effort to impress this fact on Shedrick is constantly thwarted by the lad’s tendency to run his mouth – and increasingly to push back, to defy his uncle’s once unassailable authority. 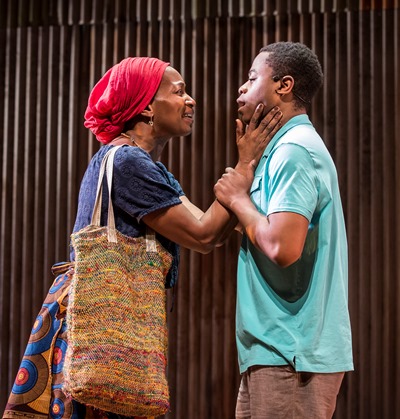 In the midst of it all, amazingly, in a throwdown with his uncle, the impetuous youth declares that he – wants his mom! One foot seeking solid ground in adulthood, the other still squishing about in the sandbox. Not for anything would I reveal how that goes.

But I will say that Lily Mojekwu is enchanting as Shedrick’s devoted, spunky, no-nonsense mother. And if for her brilliantly colorful attire alone, costumer Birgit Rattenborg Wise deserves high praise.

The production has a minimalist look combining spare sets with evocative projections by Mike Tutaj. While director Chuck Smith keeps unflagging tension on the dramatic line through precisely gauged movement and timing, Kyri and Gilmore provide the spark for this fiery play. Ultimately, however, it is Gilmore’s commanding presence, his crisply articulated sagacity, that powers the show forward.