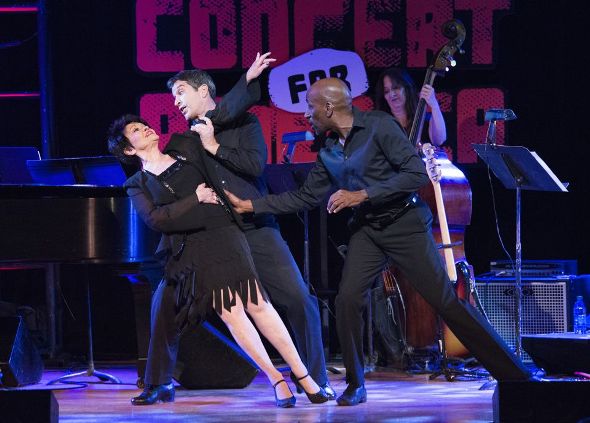 When Donald J. Trump was inaugurated as president of the United States on Jan. 20, Broadway was ready. Ready to perform, that is, in a variety show charity event supporting several civil rights organizations. 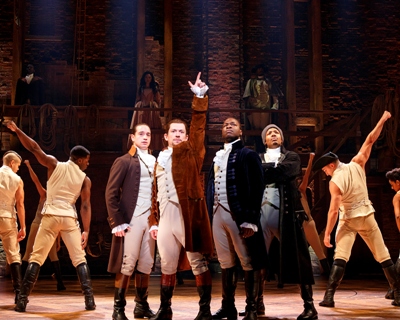 Now that ongoing fund-raiser, dubbed Concert for America, is headed to the Auditorium Theatre in the Chicago Loop with a high-profile group of performers including cast members of the musical “Hamilton,” currently playing at the PrivateBank Theatre.

“Our nation is temporarily unrecognizable, led by someone thin-skinned and paranoid, who will be remembered for having fooled the very people who supported him,” said singer-song writer Melissa Manchester by phone from Los Angeles. “Everyone needs to know who they are right now.” Manchester will perform in the Chicago concert. 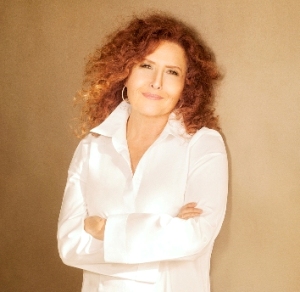 Grammy-winning Manchester will be singing a recent song “I Know Who I Am,” which the activist-artist also sang at the L.A. March for Women on Jan. 21. “The song is appropriate for this moment because it resonates with people who stand on what I believe to be the right side of history,” said Manchester, adding she is honored she’ll be onstage in Chicago with so many fellow artists.

“Chita Rivera?” she said. “One of the greatest stars ever!” The 82-year-old Rivera, who stopped the first Town Hall show cold by singing and dancing “America” from “West Side Story,” is slated to perform again, along with notable Chicago-based celebrities. The cast of Chicago’s “Hamilton” will provide the perfect bridge between Broadway and the Second City’s theater community. Actor Yuri Sardarov, best known these days as Brian “Otis” Zvonacek on NBC’s “Chicago Fire,” will participate. Expect home-grown music stars, too. (Details follow.)

The first Concert for America took place at Town Hall in New York City the afternoon of Inauguration Day. Behind the launch of Concerts for America project were musician, writer, and radio host Seth Rudetsky and actor James Wesley. Thanks to their close association with the New York theater world, they were able to assemble a bill of top-notch musical theater talent.The sold-out crowd and the galaxy of Broadway stars performing for free comforted each other and spread support and inclusivity with songs like “What the World Needs Now Is Love,” which Rudetsky had previously turned into an audio and video single benefitting survivors of the 2016 massacre at a gay nightclub in Orlando. 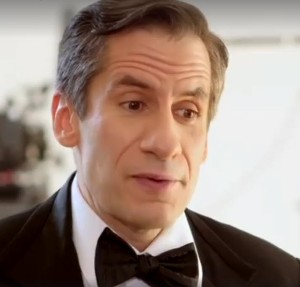 Rudetsky announced from the New York stage that he hoped the fundraiser would be a monthly occurrence. As he said in a Jan. 17 interview with Forbes.com, repeating the experience is not primarily about raising money: “It’s more about there being this hopelessness and depression that we’re feeling from so many people we know, so that we’re doing this to help keep people’s spirits up.” The second Concert for America happened in Manhattan Feb. 25. And now the festivities are coming to Chicago.

“It’s fantastic that Seth has put his money where his mouth is,” Manchester said. The Chicago concert will be live-streamed as a telethon for five non-profit causes: the American Civil Liberties Union, Southern Poverty Law Center, Sierra Club, the National Coalition Against Domestic Violence, and the NAACP. “The Coalition Against Domestic Violence has been on my radar for a long time,” Manchester noted. “But all of these organizations are going to need our help in the coming years.”

And a special addition this time around are some formidable Chicago-based artists. Blues icon Lynne Jordan is in the lineup:

And so is 15-year-old singer-songwriter Emily Bear, whom Manchester referred to as “an incredible young talent.”

The Chicago Children’s Choir will make an appearance, too.

“It’s astounding to be an eye-witness to history at this moment,” Manchester said.

For information on the Concert for America series, visit ConcertsforAmerica.com. To purchase tickets to the March 20 performance, go to AuditoriumTheatre.org

Concert for America – Chicago will be streamed via Facebook Live and ConcertsforAmerica.com starting at 8 p.m. Chicago time on Monday, March 20.

Anne E. Johnson lives in Brooklyn and writes fiction and arts journalism. Her website is AnneEJohnson.com.