In the second stop of a five-city American tour that started at Lincoln Center last week and ends in Boston on Sunday, the Budapest Festival Orchestra and its conductor Ivàn Fischer offered their thrilling all-Beethoven program to Chicago patrons on Feb. 8 at Orchestra Hall. The Fifth Symphony was imaginatively and instructively paired with two early works, the First Symphony and the Second Piano Concerto, exquisitely performed by virtuoso soloist Richard Goode, a frequent partner of the Budapest ensemble.

Celebrated as they are for their musical excellence and innovation, they are hardly less known for their civic engagement and outspoken promotion of values of tolerance and integration, both at home and abroad.

These values were powerfully reaffirmed when Fischer successfully fought for one of his players, who holds dual Hungarian and Iraqi citizenships, to be able to join the American tour after being initially told that the recent ban on immigration and travel would prevent him from doing so. With his orchestra (and spirit) intact, Fischer could turn to matters musical, and he did so to the Chicago audience’s collective delight.

Everything in the Budapest Orchestra’s performance was meant to reaffirm the freshness and sense of discovery that mark Beethoven’s buoyant early orchestral style and to tease out continuities, more than ruptures, with what has become one of the hallmarks of his “heroic style,” the Fifth Symphony of 1808.

Perhaps Fischer’s most striking choice with regard to the two symphonies was to place the timpanist in the first row of the orchestra, to the right of the first violins and just in front of the cellos. While not rooted in actual historical practice, the placement was an inspired act of historical imagination in that it brought about a recalibration of the overall orchestral sound. The timpani was softer, with crisper articulation, than typically experienced from the standard position in the back. It was an approach fully in line with the inventive playing elicited by Fischer from the rest of his orchestra, which accented character and brilliance over smoothness and allowed a few rough edges to stand in order to recapture the spark of the era when the works were first heard. 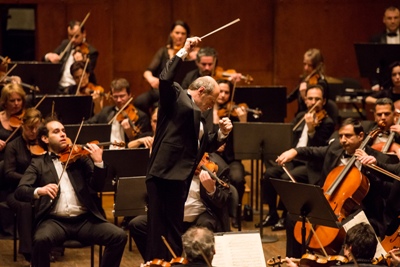 Incisive articulation, subtle and expressive phrasing, timbral variety and a loving attention to the voices of individual instruments and instrumental groups, measured dynamics and nimble tempos that grew organically from the music were all on display.

Among the many rewarding moments was the opening of the introductory Adagio in the First Symphony, which lingered on the harmonically ambiguous opening chords creating an almost magical sense of suspension before settling into C major. Rooted in the Classical musical language of Mozart and Haydn, this symphony charms with its colorful use of the wind instruments, especially oboes and clarinets, and with its youthful and often playful energy, which the visitors, many quite young themselves, conveyed with gusto. 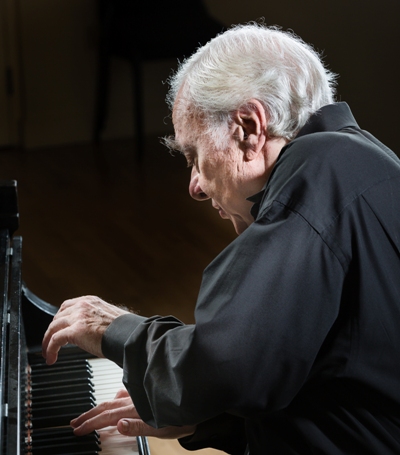 The veteran Richard Goode is young at heart, and a true poet of the keyboard who brought his distinctively radiant sound and touch to what is, despite the numbering, Beethoven’s earliest work for piano and orchestra, dating from 1795. From the moment the piano enters the concerto’s opening Allegro, after the orchestral tutti, Goode and the players, under Fischer’s attentive and unobtrusive baton, were immersed in a musical conversation marked by in mutual awareness and joyful music making.

The second half of the program brought a brilliant and insightful rendition of the Fifth Symphony, with the timpani again placed in the midst of the string section. Here, too, Fischer’s measured and subtle gestures translated into refreshingly unconventional playing from the orchestra, from the opening rhythmic punctuations and masterfully developed first movement to the flowing Andante con moto and the dramatically imposing Scherzo, one of Beethoven’s great orchestral achievements, to the driving final Allegro. This was an evening to savor and linger on.