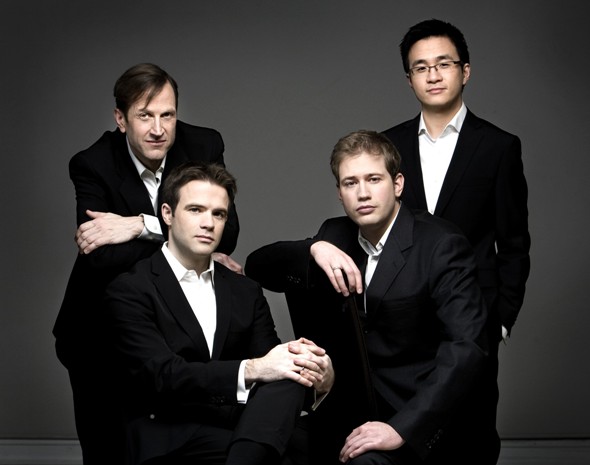 Longtime chamber-music fans will probably remember the Orford String Quartet, a Canadian ensemble that presented its first concert at the Orford Arts Centre in Quebec province in 1965 and had its Carnegie Hall debut just two years later. While it never achieved the fame or prestige of, say, the Juilliard String Quartet in the United States or the Alban Berg Quartet in Austria, it nonetheless enjoyed a distinguished international career until disbanding in 1991.

A new group of top Canadian orchestra musicians, hoping to build on that group’s legacy, have formed the New Orford String Quartet. Honoring their namesake, they, too, made their debut, in 2009, at the Orford Arts Centre and have toured on a limited basis since, working around their full-time orchestral schedules.

The New Orford launched the 21st season of Northwestern University’s Winter Chamber Music Festival, which will run through Jan. 29 and include first-time appearances by the Kalichstein-Laredo-Robinson Trio and Calidore String Quartet amid an array of other faculty and guest performers.

The Jan. 8 concert at Pick-Staiger Concert Hall raised as many questions as it answered about the Canadian ensemble. While its four members, two concertmasters and two principals in the Montreal, Toronto and Detroit Symphony Orchestras, are obviously all excellent individual musicians, it was hard not to wish at times for more interpretative depth and insight.

Unlike the original Orford, which was a full-time foursome, these musicians come together sporadically, and it is no doubt challenging to quickly re-establish the intimacy, communication and rapport that is so essential to probing, high-level chamber music. 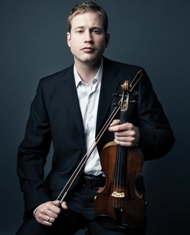 Interpretative shortcomings were most apparent in Debussy’s String Quartet, which lacked some of the transparency and subtle range of tonal colors as well as the freedom and even a kind of serendipity that are so much part of this work. Music that is supposed to be ethereal sometimes sounded earthbound. The final movement is marked Trés modéré  (very moderated or restrained), yet the quartet brought a strangely muscular approach that seemed to undercut the music’s funadmental spirit.

It was only in the second half of the slow third movement that the New Orford seemed to inhabit Debussy’s intoxicating music. There was notable individual playing here from each of the four players, especially violist Eric Nowlin, who drew a fetchingly burnished sound, and first violinist Jonathan Crow.

Unlike some string quartets, the New Orford does not have a fixed first violinist who drives the group’s playing like Robert Mann once did with the Juilliard quartet. Instead, violinists Andrew Wan and Crow take turns in the first seat, and they seem more interested in playing as equals than imposing any kind of direction. 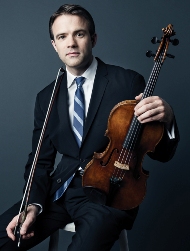 The quartet was on much firmer ground in Beethoven’s String Quartet No. 12 in E-flat, Op. 127. The performance was technically secure and firmly centered, if still not especially distinctive. Some of the group’s best playing came during the encore – a nuanced, compelling take on the slow Cavatina movement of Beethoven’s String Quartet No. 13 in B-flat, Op. 130. (The quartet has recorded Beethoven’s last quartet, Op. 135, along with quartets of Schubert and Brahms, on the Bridge Records label.)

The New Orford’s festival program started with “Les veuves (The Widows),” a new work written for the group by Uriel Vanchestein, a clarinetist and emerging composer born in Montreal in 1984. Despite sometimes clashing chromaticism, the 10-minute work is solidly anchored in tonality. “Les veuves” showed a profound understanding of the dynamics of a string quartet, drawing out the voices of each instrument and spotlighting and offsetting the four in engaging ways. 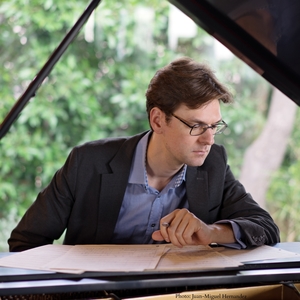 Vanchestein is currently enrolled in the Advance Studies in Film Scoring program at the University of Southern California, so it is hardly surprising that a strong narrative thread runs through this grim work. Loosely based on a poem by the Quebec folk singer Richard Desjardins, it tells of the clear-cutting of a forest and a member of the Abenakis, a native tribe of Quebec, who obtains revenge – or redemption – by burning down a bar where the loggers have gathered. The title refers to their widows. (The poem itself, recited by the poet, is available on Youtube.)

There is much to like about Vanchestein’s tense, evocative and sometimes even manic work, which imaginatively employs such techniques as tapping the wood side of the bow on the strings to simulate the sound of the trees being chopped down. A particular highlight was a recurring plaintive cello passage, expressively voiced by Brian Manker.

If anything, the scope of the story seemed to overwhelm the compact duration of this work, which one could easily imagine running five or ten minutes longer. Certainly, “The Widows” whets the appetite to hear more from this talented new voice.

Northwestern’s annual winter festival is one of the highlights of Chicago’s chamber-music scene, and it can be counted on for high-profile performers offering a wide array of repertoire. A standout in this year’s edition is the Jan. 13 festival debut of the Kalichstein-Laredo-Robinson Trio, which marked its 40th anniversary in 2016. Its program will include Pulitzer Prize winner Ellen Taaffe Zwilich’s “Pas de Trois,” which she wrote to mark the trio’s milestone.

Other high points of the festival:

All programs begin at 7:30 p.m. and take place in Pick-Staiger Concert Hall. Both festival subscriptions and individual tickets are available. Phone (847) 467-4000 or visit concertsatbienen.org.