In a ‘Curious Incident,’ a special boy grapples with the twists, turns and illogic of growing up 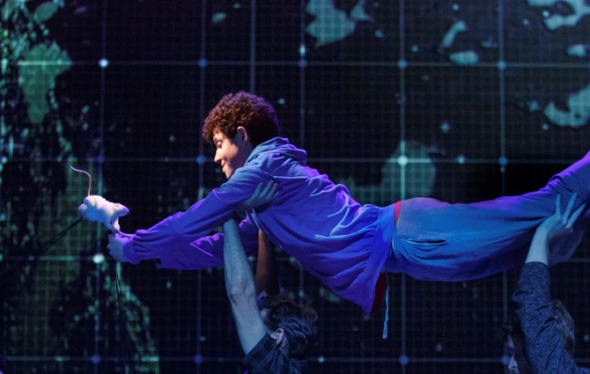 “The Curious Incident of the Dog in the Night-Time,” by Simon Stephens, at the Oriental Theatre (Broadway in Chicago) through Dec. 24 ★★★★

–
The current season of Broadway in Chicago is special first and foremost because of “Hamilton,” the powerful built-to-stay installation of Lin-Manuel Miranda’s Tony-Award winning musical about our American roots.

But the richness of life as it is lived in our extraordinary time has come alive in other remarkable Tony-Award winners brought to Broadway in Chicago audiences this year.

One show that I will never forget is “The Curious Incident of the Dog in the Night-Time,” in town through Dec. 24 at the Oriental and worth a visit by all, especially so by anyone with a loved one facing special challenges. 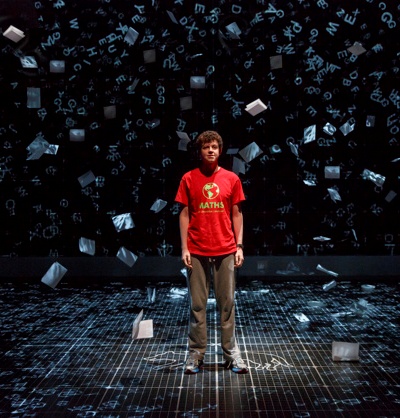 Christopher is 15, fiercely inquisitive, a genius in math, invested in logic’s straight lines and the stark beauty of either/or. Except for a sweet pet rat, his constant companion, Christopher is overwhelmed by emotion, touch, and shades of gray. His mother is gone; dead, we are made to understand. Christopher lives with his father, who’s doing his best. Adam Langdon, as the intensely curious Christopher, and Gene Gillette, as the valiant, grieving father, Ed, are both deeply affecting in these tremendous roles.

Brave and innocently reckless as most teenagers are, Christopher is also apparently on the Asperger’s spectrum and attends a special school. As we meet him he is enthusiastically determined to a) solve the mystery of who has killed his neighbor’s dog and b) take a math advance-placement exam. What transpires is music for the soul, with a vivid message about the humanity and dignity of the adolescent passage, as seen through the eyes of a brilliant boy in constant danger of sensory overload. 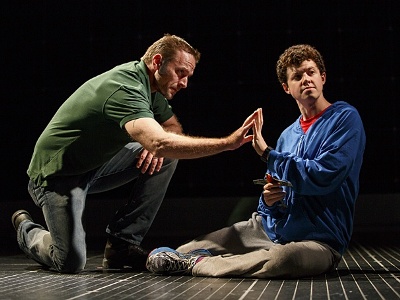 Chicago’s storefront theaters have hosted quite a lot of playwright Simon Stephens’ work, chiefly via the Griffin and the Steep. His shows are generally gritty and often hilarious when Stephens gets into the heads of near-adults. “Punk Rock,” about upscale 17-year-olds running the pre-college gauntlet, caught that savage, unnerving time as a thriller. “Curious Incident” is a gentler reminder of the grace and good luck it generally takes to make it through to adulthood intact.

Based on a novel by Mark Haddon and directed by Marianne Elliott, who also directed “War Horse,” this story stays inside Christopher’s mind. Quite a place, that. The masterful set is itself a box, and Christopher is surely boxed in. But looked at another way, his mind is a magical puzzle chest of intricate circuitry, filled with trap doors and surprises that light up, snap shut, leap synapses and otherwise pursue Christopher’s thoughts — all of which the set reflects with surpassing beauty.

Christopher builds some of his ideas obsessively, like the tracks to his toy train; but other discoveries intrude upon him, shooting power through the entire onstage grid with hair-trigger intensity, especially as Christopher uncovers new information about his mother — and discovers who killed the dog.

Stay after the end of the play, for one of Christopher’s math problems explained in a charming multimedia coup de théâtre. 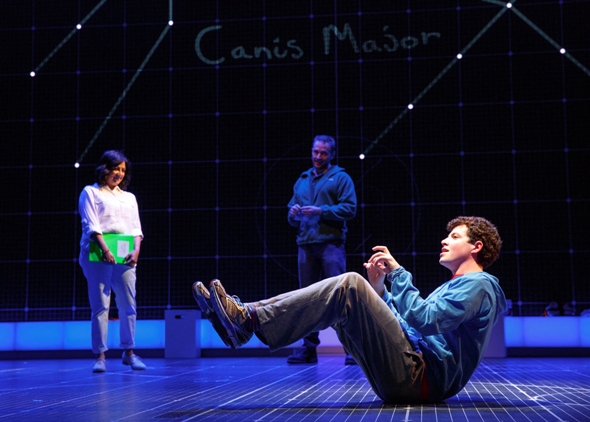