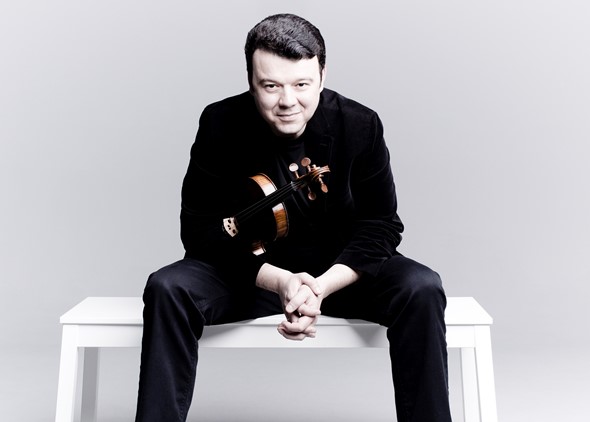 There was nothing particularly of Yuletide in the Chicago Symphony Orchestra’s concert Dec. 8 with the venerable Estonian conductor Neeme Järvi and the Ukrainian-born violinist Vadim Gluzman. But the evening was so brilliant, such a treat – with Orchestra Hall festooned in great green wreaths and red bows for the season — that it all felt like a wonderful holiday gift. 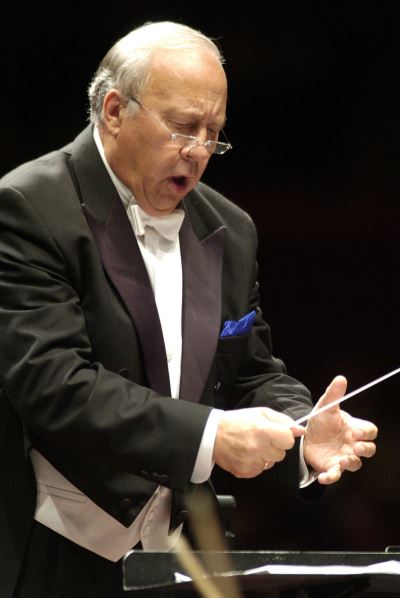 Two masterpieces of the early 20th century formed the heart of the program: Prokofiev’s Violin Concerto No. 1 in D (composed in 1916-17) and Sibelius’ Symphony No. 5 in E-flat (1914-19). Whereas the former, in Gluzman’s hands, seemed as fresh and vibrant as the day the ink dried a century ago, the grandeur and drive of the latter bespoke the years and wisdom of a conductor who understands the power of understatement.

For Gluzman and Järvi, the concerto was essentially a stop on their Prokofiev tour. They have a new CD pairing both of the composer’s violin concertos (on the Bis label) with the Estonian National Symphony Orchestra, of which Järvi is artistic director. Their collaboration at Orchestra Hall indeed had the intimate feel of a well-conditioned duet, Gluzman often turning to play directly into the conductor’s gaze and Järvi sometimes bending into the violinist like a coach urging his huddled team during a timeout.

The result was electric, a scintillating fusion of Gluzman’s effortless virtuosity and the supple support Järvi drew from a CSO of somewhat reduced scale. Although Prokofiev did not play violin, he wrote for the instrument with the same flair and technical challenge he brought to music for his own instrument, the piano. The First Violin Concerto crackles with pyrotechnical effects pressed into the service of Prokofiev’s ever-present wit, and Gluzman tossed off the most daunting runs, leaps and hurdles with almost casual aplomb. 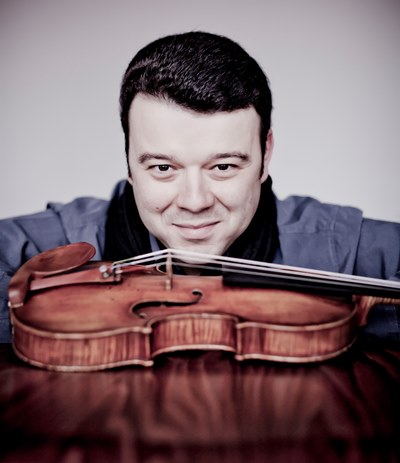 But this was no mere prestidigital sideshow. For all its fireworks, the concerto also possesses a deep core of lyric finesse. And here Gluzman showed the real quality of his musicianship – from the very start, his sound rising as if from nothing into a palpable dream state. In such gossamer episodes, and there are many in this concerto, the violinist enjoyed elegant support from the orchestra, especially its woodwinds.

Järvi, now 79 years old and a longtime friend of the CSO, intended for Gluzman to play an encore, and the maestro made sure it happened. As applause began to subside, the conductor himself started clapping – then cupped his ears as if to say, “I can’t hear you.” The audience took the cue, and vigorously summoned the violinist back for what turned out to be a thriller of an epilogue: the ferocious finale to Eugène Ysaÿe’s Sonata No. 2 for solo violin, a boggling span of glitter and fire laced with intimations of the “Dies irae.” This time the crowd hailed the fiddler with whoops.

I’ve known Järvi’s work first-hand since 1990, when he began a 15-year stint as music director of the Detroit Symphony Orchestra and I was music critic at The Detroit News. He was never a demonstrative conductor, which is really to say he always led with efficiency and trusted much to his orchestra. He has perhaps become even more reticent in his gestures, though he is also known for using his whole body – shoulders, head, sometimes just his eyes. His command of rhythm is phenomenal, a key to the magic he can wield from the podium. 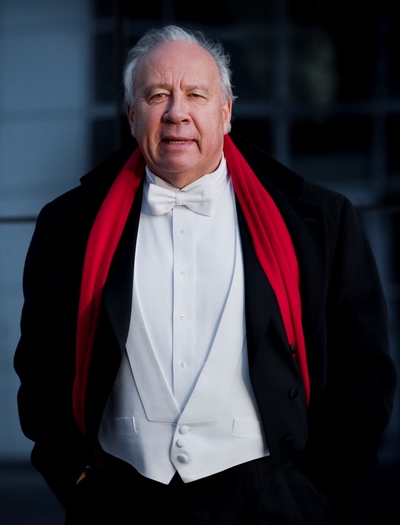 Both Järvi’s subtle rhythmic mastery and his suggestive style of conducting were on display in the Sibelius Fifth Symphony. There was never the least question about the precision of his intent or the orchestra’s grasp of his wishes. This was finely crafted and potent music-making.

With spacious tempos and arching phrases that sang a wordless saga, Järvi tapped into the epic, heroic nature of the Sibelius Fifth. A distinct aura of legend touched the French horns’ softly swelling fanfares at the start, a summoning to this narrative of great souls in a time long past.

The Fifth Symphony’s unusual plan, which melds the opening movement into a blistering scherzo without so much as a seam to reveal that transition, found orchestra and conductor virtually breathing together as the tempo quickened to headlong speed and the CSO’s agile string choir and pealing brasses churned up insistent rhythms.

At the end, where Sibelius famously sets out a series of six isolated chords like thunder cracks, Järvi chiseled them one by one to the last bar line, a final proclamation delivered with stentorian magnificence.

The conductor prefaced the major work on each half of his program with a charming aperitif: Glazunov’s Concert Waltz No. 1, perhaps fashioned after the Johann Strauss Jr. model but with a pronounced Russian accent, and the young Sibelius’ three-movement “Karelia” Suite, an outgoing and infectious work that tuned the ear to the idiom, if not the magnitude, of the Fifth Symphony. –