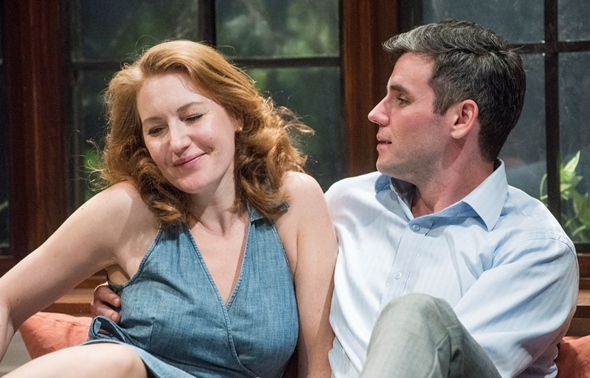 Harold Pinter’s play “Betrayal” begins at the end – beyond the end, actually. And from there, this gritty slant on the eternal triangle works its way backward through the embers, the blaze and the multifarious deceptions of an affair. The affair is a tangled, bruising mess; the telling of it, at Raven Theatre, is a thing of raw-boned beauty. 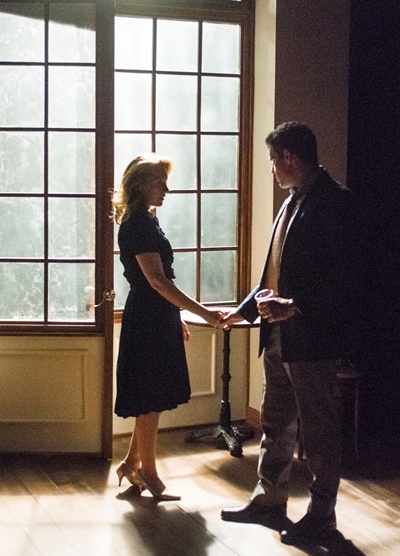 We first meet Jerry and Emma at a small café, two years after the end of a liaison that surely took Emma’s husband Robert by surprise when he discovered it quite by chance. Jerry is Robert’s best friend. It’s not that Jerry and Emma are on the verge of rekindling that erstwhile affair. They’re just meeting for a drink, for old time’s sake. And Emma has a bit of news: Robert is leaving her. He had long known about his wife’s dalliance, but said nothing to Jerry. And by this point, the betrayed husband has gone on to affairs of his own. It’s all over, for everybody.

Watching the first two scenes of Pinter’s play is rather like attending the funeral of one who died suddenly. I suppose that would be Robert. His wife (played by Abigail Boucher) – she who betrayed him in the first place — is still shaken by his announcement that he’s ending their marriage. And Jerry (Sam Guinan-Nyhart) is mortified to hear that Robert (Keith Neagle) knew from a very early point, and yet continued their friendship without so much as a peep.

Aghast, practically speechless, Jerry goes directly to Robert to confirm he really was aware that his wife and his best friend were lovers. Here we see the two men in their distinctive colors, defined by Guinan-Nyhart’s fascinated but unrepentant Jerry and Neagle’s analytical, precise and ostensibly indifferent Robert. And you wonder: Did these guys ever know each other at all? 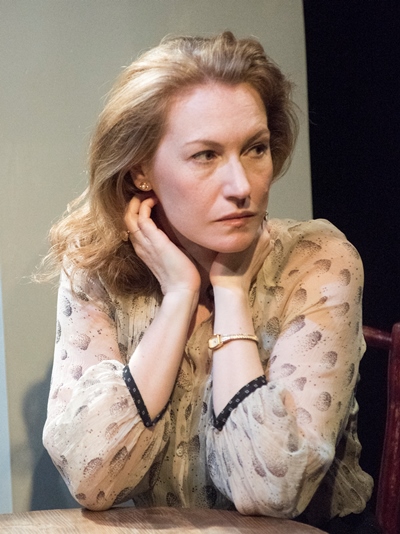 Boucher’s Emma, we realize at the play’s end, is a properly devoted wife who in some deep unmentionable place in her soul longs for the passion missing in her marriage. When Robert comes on to her, in her own bedroom in the midst of a party, she reflexively resists. What he’s pleading for is unthinkable. But Robert is ardent, one might even say flamboyant, in his seduction. And by now we’ve seen how successfully Emma fended him off.

The Emma whom Boucher shows us at the end of her marriage, in the postlude to her affair with Jerry – that is, at the beginning of the play – has been visibly affected by the turbulent years of the drama’s middle stretch. This anxious woman with darting glances and weary gaze, the one we first gliimpse at the café, has devolved from the happy, fulfilled lover to be found later in the play’s inverse narrative. It’s a closely drawn decline that credits actor and director alike. 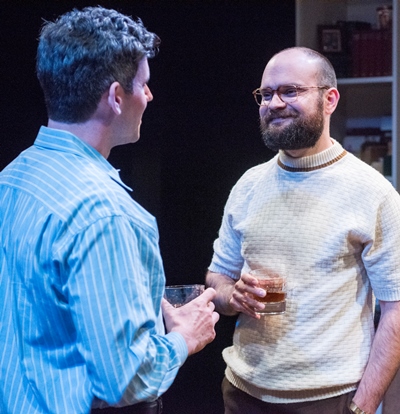 Neagle’s aloof and academic Robert, a book editor and publisher, might seem immune to life’s emotional vagaries. But in this superbly sculpted performance, you get the impression that Robert may be the most vulnerable of the three, that he holds relationships – like all other potential disappointment or failure – at the safe remove of arm’s length.

The scene in which Robert confronts his wife with his chance discovery of her affair is the harrowing highlight of Raven’s production, as the rhetorically circling husband closes in on his prey and she, seeing the inevitability of the truth exposed, simply and vacantly confesses. It’s a directorial masterstroke and an exhilarating piece of acting by Boucher and Neagle. 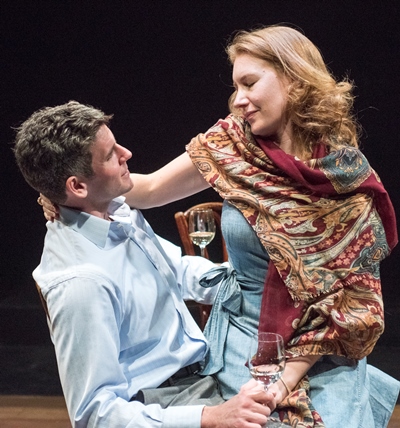 Which brings us to Jerry, instigator of the affair, pal of the affronted husband. Jerry the Teflon lover. Guinan-Nyhart, a handsome Lothario suave and beguiling, comes across as a calculating predator. Watching Jerry’s emotional assault on Emma at the play’s end, the launch point of their affair, you can only think this is not the guy’s first rodeo. This is practiced. He’s playing the handsome little boy as love-struck man, working all the angles at once, confident that one arrow in his quiver will penetrate the woman’s defenses.

But who is betraying whom? Mid-fling, Jerry and Emma get into a ludicrous discussion of their mutual fidelity. Has she been faithful to him, he to her? Of course. Of course. Yet details of their history together suggest room for doubt on both sides. When illicit lovers can’t trust each other, the playwright seems to imply, it is indeed a sorry state of affairs.