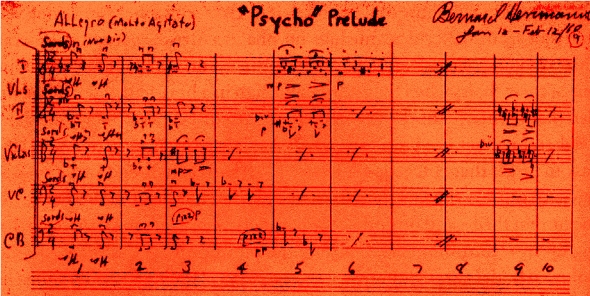 An ominous turn, a rush down, a terrifying diminished chord building to a roar before resolving to a full-blasted major chord: it’s the ultimate spooky music, Bach’s organ Toccata in D minor. But for their “Haunted Hearts” program the day before Halloween at the Harris Theater, the Chicago Philharmonic and artistic director Scott Speck opted for a very different work by the master composer, replacing the organ with a harpsichord, lightening the key from D minor to D major, adding some musicians, and keeping the stunning virtuosity in place for the lively “Brandenburg” Concerto No. 5. 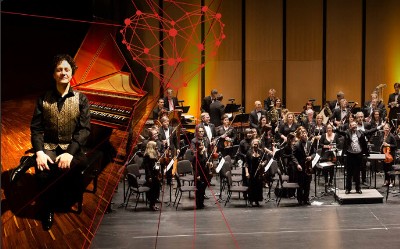 It might not be the first piece to pop in your mind when you think “scary music.” But “Haunted Hearts” was a clever, idiosyncratic program with both frightful and delightful works, ranging from horror masterpieces like Bernard Herrmann’s score to “Psycho” to the standout piece, C. P. E. Bach’s Symphony No. 5 in B minor.

That work for strings and harpsichord continuo by J.S. Bach’s second surviving son is startlingly expressive and ingenious – it’s a pity the oeuvre of C. P. E. is not explored more often. Speck and the Philharmonic subtly shaped the simple, direct melodies and brilliantly navigated the abrupt contrasts in dynamics and texture. The alternations between the full complement of strings and a trio of concertmaster David Perry, principal second violin Florentina Ramniceanu and principal viola Melissa Kirk infused the entire first movement with a personal intimacy and depth, while the Philharmonic’s vehemence in the final Presto connected the piece to some of the spookier music on the program. 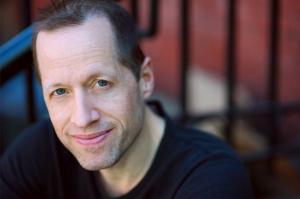 Those “haunted” pieces formed the middle of the concert, within the frame of the works by both Bachs. All four shared some relation to film, and were introduced by intense monologues performed by the impressive Steppenwolf actor Tim Hopper.

Astor Piazzolla’s “Oblivion” flowed out of a speech by Luigi Pirandello from a film adaptation of “Henry IV” that used music by Piazzolla. Principal oboe Anne Bach’s long-lined, wistful melodies beautifully matched the nostalgic bent of the speech. (You can sample the music here.)

Dark as “Oblivion” may be, the scariest piece was Michael Nyman’s Concerto for Amplified Harpsichord and Strings, parts of which were written for a soundtrack. A nightmare for both the indefatigable soloist, Jory Vinikour, and the listener, it consisted mainly of unceasing streams of notes from the harpsichord underneath directionless phrases in the strings. Nyman seems to believe the harpsichord can only be motoric, so the impression is of a student playing exercises while some string players noodle around, trying to find an interesting theme. 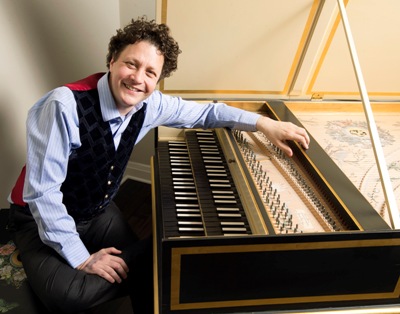 Fortunately, Vinikour was given a more worthy chance to show off his pyrotechnical skills in the “Brandenburg” concerto, with its lightning harpsichord cadenza. Joined by Perry on violin and principal flute of the Lyric Opera Marie Tachouet, Vinikour displayed the most musicality, while Tachouet and Perry seemed somewhat timid compared to his joyful drive.

Perhaps Vinokour had been fired up by his turn on the Hohner clavinet, an electric keyboard, in the preceding piece, Randall Woolf’s “My Insect Bride,” inspired by the 1958 film “The Fly.” Perfect music for Halloween, the doomy piece’s eerie skittering is amplified by the clavinet, which sounds like a heavily distorted electric guitar sent through a wah-wah pedal. Woolf himself manipulated the sound of the instrument while Vinikour played it.

But no music can so effectively inspire creeping terror as Bernard Herrmann’s music for Alfred Hitchcock’s “Psycho.” The score may as well be its own character or set, so efficiently does it infiltrate the psyche. Those iconic screeching strings could have benefited from a bit more violent intensity on the part of the Philharmonic, but then you wouldn’t want anyone actually screaming out in fear. 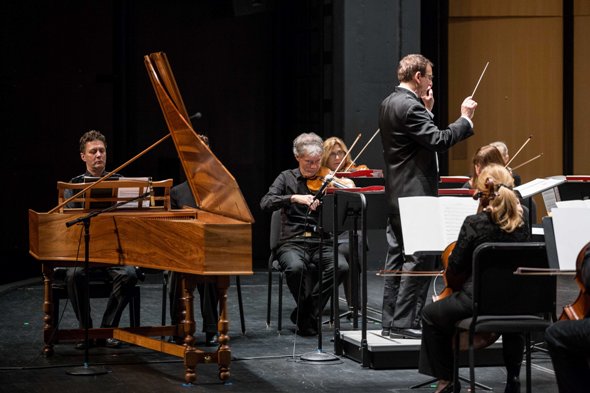