‘Scarcity’ at Redtwist: A down and out drama that’s a couple of beers short of a six pack 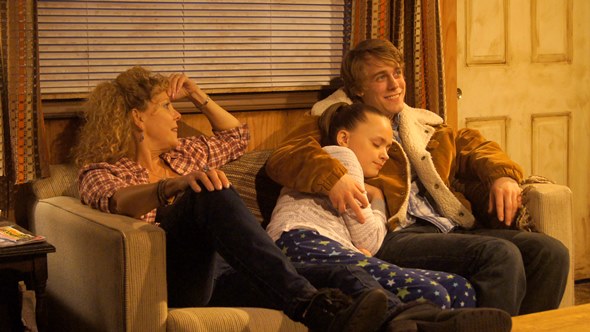 Review: “Scarcity” by Lucy Thurber, at Redtwist Theatre through Oct. 9. ★★

The two kids are very bright, their jobless father is a contented drunk and their outwardly flinty mother coddles him. Voilà: the Lawrence family, a houseful of gritty, rough talking have-nots nestled into their privation and dealing with the inconvenient truth that food stamps do not pay for toilet paper. 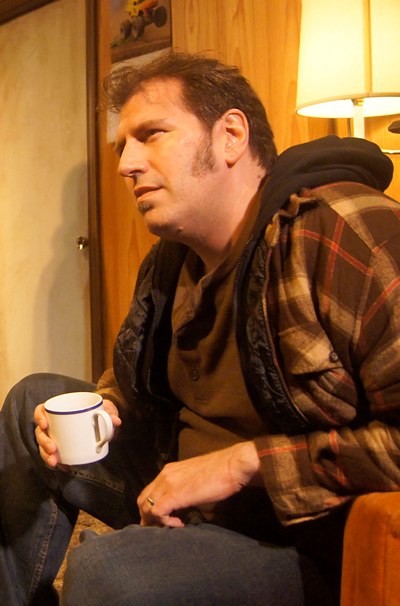 They, along with a couple of low-trajectory friends and a visionary young teacher new to the community, are the denizens of Lucy Thurber’s “Scarcity,” now in its Chicago premiere at Redtwist Theatre. It’s an intriguing enough setup for a drama of redemption, or even a tragedy. But in truth, like its central occupants, much about this play is threadbare.

When actors lurch about the stage trying to force import from essentially vacuous dialogue, especially in so intimate a venue as Redtwist, I find myself squirming. I squirmed, inwardly anyway, through the entire opening scene of “Scarcity” as a weary and weathered Mrs. Lawrence (Jacqueline Grandt) complains, and the kids – teenager Billy (Brendan Meyer) and adolescent Rachel (Ada Grey) – aimlessly vamp until the local constable (Johnny Garcia), who also happens to be the woman’s unrequited admirer, pushes a soused Mr. Lawrence (Mark Pracht) through door in handcuffs.

Ah, an extended family gathering. But the conversation is a bit skewed, Mr. Lawrence being not only a churlish drunk but also a taciturn fellow and Garcia’s policeman being saddled with a thankless monologue about how he’s always loved Martha – that’s Mrs. Lawrence — which is why he brings groceries to the family and doesn’t throw her hubby in the slammer, though for all his kindness she won’t even give him a little kiss. The energizing, shaping, focusing usefulness of the director (Cody Estle) is nowhere evident. 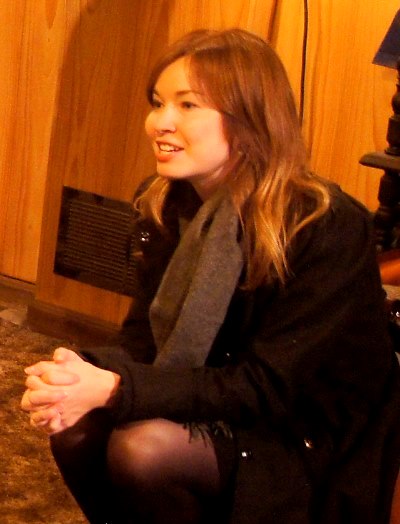 But just as tedium threatens to suck the last air from the room, Billy’s pretty young teacher (played with desperately needed vivacity by Emily Tate) pops in and saves all of us. Indeed, Tate, plunging heart-first into a well-written character with some mystery in her background, rescues pretty much everything that is redeemable about “Scarcity.”

The teacher’s half-revealed story provides the only real dramatic substance – or at least promise. She’s a bright, properly raised lass from a good family; her father teaches law at Harvard. So what’s she doing here in the outback? Maybe, but only maybe, we see the answer in the beautiful – her word – visage of Billy. The teacher seems to be keen about handsome young boys. Personally, I can see an analyst chatting with her about life back home with Dad when he wasn’t lecturing on law.

To be sure, Billy’s devoted mentor is a complicated young woman. She says she’s only interested in his mind, and sure enough teacher and pupil end up on the couch studying together, though it does look a lot like – well, never mind. In any case, her single goal is to help Billy get into a high-profile prep school and thus open the door to the college of his choice. As for Billy, Meyer offers a recognizable portrait of a young man tossed on the winds of high hopes and hormones. 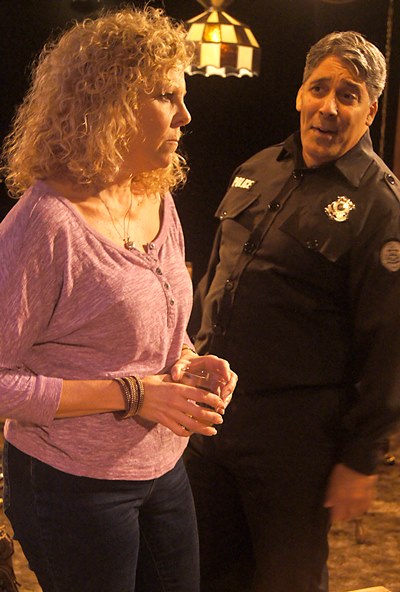 The play is fraught with thread-like possibilities, but they’re never woven into whole cloth. While Mom fends off the lusty constable, Dad swills down beer after beer and remains largely comatose – only to wake up, late in the narrative, to ask if he has ever “hurt” his daughter. That there is outback code for abuse, molest, assault. Pracht’s earnest query in this blink of sobriety does set up a deeply unnerving vignette with Grandt as the visibly distressed Mrs. Lawrence, jollying up her husband with over-determined assurances that no such thing ever happened. This time my squirming was for good reason.

Perhaps the most impressive, indeed memorable, thing about Redtwist’s production is the performance by the very young actor Ada Grey as 11-year-old Rachel. The Lawrences’ daughter may not be quite as sharply drawn in dialogue as the teacher, but Grey and director Cody Estle have formed her into a luminous presence – a character perhaps even more brilliant than her gifted brother, precociously insightful and precariously vulnerable. Whatever the director’s portion of credit, it’s the young actor who is out there delivering the goods, and doing it with astounding confidence.