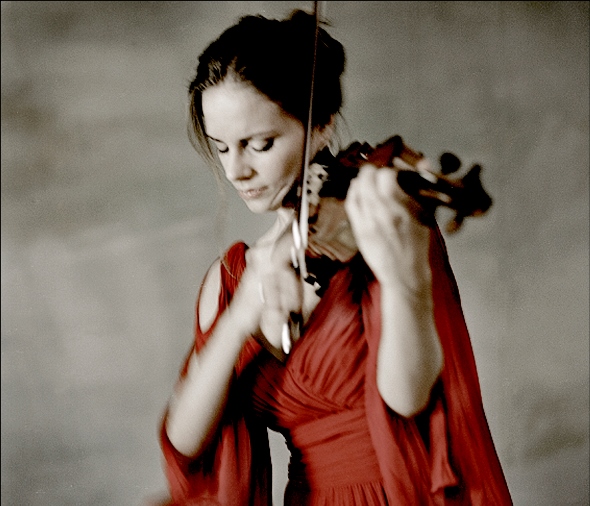 Julia Fischer’s exquisite performance of the Beethoven Violin Concerto with the Chicago Symphony Orchestra and conductor Riccardo Muti is one of the CSO’s don’t-miss concerts of this season. And happily, you have one more chance to hear it, on June 21 at Orchestra Hall. 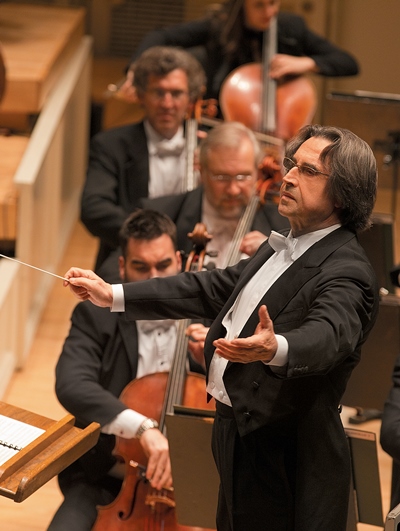 To observe that Fischer’s Beethoven possesses the qualities of chamber music would be accurate, but it would miss the greater point: the inherent transcendental character of a solo performance that indeed meets this music on a plane beyond earthly bonds. Start to finish, her playing eschewed the heroic to follow a singular pathway of spirituality.

It bears noting that, at the concert I heard, a filled-to-the-rafters hall offered a sea of silence upon which Fischer’s elegant playing wafted as clear and untroubled as it was reflective and fine.

This was virtuosity of a shimmering sort, rather than blazing. It takes no little artistic courage to dial down the expressive gestures to a point where a small inflection effects a dramatic flourish. Thus Fischer drew her listeners in, even from the violin’s first belated entry in the opening movement with a caressing gesture suggestive more of meditation than of speech.

And that cerebral – or spiritual – framework shaped the soloist’s narrative nearly to the movement’s end, right up to the prodigious Fritz Kreisler cadenza in which Fischer suddenly invoked declamatory power that spoke directly, urgently, as if one to one, violinist to single listener.

If the finesse Fischer displayed in the opening movement was impressive, it was her ethereal account of Beethoven’s ruminative, even prayerful, Larghetto that took the performance to a place of consummate mastery. And here, as in the first movement, Muti sculpted the sound of a classically proportioned CSO to the very form and flow of the solo line. Like the violinist, the supporting ensemble summoned radiant music at the threshold of audibility. 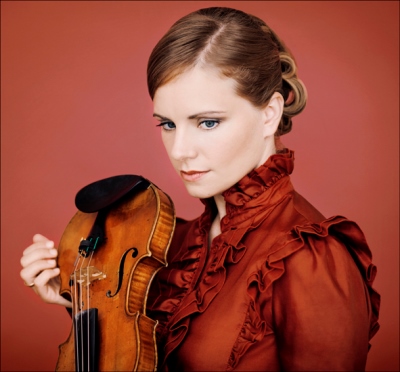 The finale was an airborne dance, with Fischer and the orchestra cavorting together on weightless phrases – measures whose measure could never be taken. A second Kreisler cadenza, more concise but also more muscular than the first, plunged the performance toward a final rip, an exclamation point for full orchestra and solo violin – and a roar from the audience. This was special, and a happy crowd let the fiddler know it.

Fischer, 33 years old and German born, earned an early reputation for her Bach. When she won the 1995 Yehudi Menuhin Competition’s junior division at age 12, she also received the prize for best Bach performance. Here, she topped off her Beethoven with an encore of Bach, a warmly expressive turn through the Sarabande from the Partita in D minor.

As counterweight to the Beethoven concerto, Muti chose the twentysomething Brahms’ Serenade No. 1 in D. This was the young composer whom Schumann was quick to hail as Beethoven’s rightful successor – and who long avoided that specific comparison by evading the inevitable measuring stick of the symphony. This serenade was a tentative step in the necessary direction, though almost two more decades would pass before Brahms finally gave the world his Symphony No. 1 – at age 43!

The Serenade in D is a long (some 49 minutes) suite in six movements that has always had its proponents, certainly Muti among them. To my mind, it is the work of a gifted composer who had not yet found his true voice. For all its lyrical grace, the Serenade, especially its expansive opening movement, can feel repetitive, self-indulgent, undisciplined. Still, there is much to savor in it, and to be sure its lyrical essence is the air Muti breathes. The CSO delivered an elegant performance.