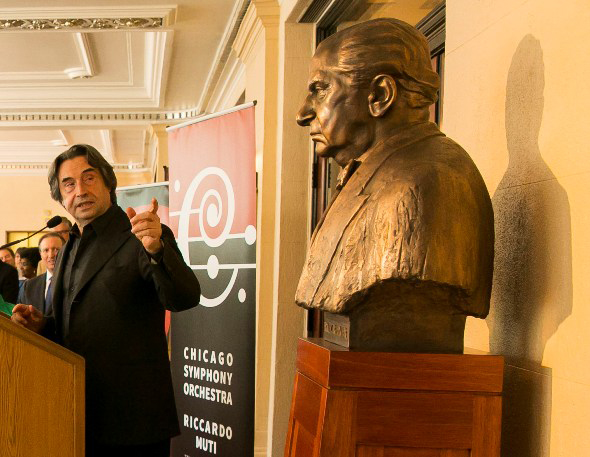 The burning gaze of Fritz Reiner, who presided as sixth music director of the Chicago Symphony Orchestra from 1953-62, is back in full daunting view at Symphony Center, where on June 14 the CSO unveiled a new bust of the conductor that will greet visitors henceforth in the center’s outer lobby. 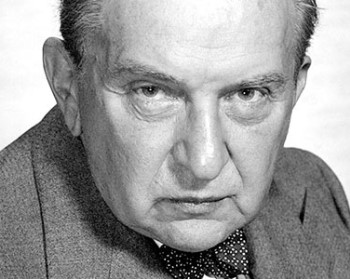 Created by Hungarian sculptor Katalin Gerő, the bronze likeness of Reiner is indeed a stunningly evocative image of a maestro perhaps more celebrated for the brilliance and warmth of his music-making than for his personal charm.

“I wonder if our audience will begin to fall off,” quipped Riccardo Muti, the CSO’s current music director and the driving force behind the sculpture commission. One glimpse of that bust’s stern aspect and patrons might take flight, he deadpanned.

But before leavening the event with his faux fears, Muti spoke for several minutes about his boundless admiration for Reiner, whose recordings with the CSO Muti remembered from his youth as an aspiring musician in Italy.

“The performances on those LP’s were so incredibly perfect,” Muti said, “that we began to think we should do something else with our lives.”

Born in Hungary in 1888, Reiner studied at the Budapest Music Academy, where his teachers included Béla Bartók. Reiner would become a lifelong champion of Bartók, whose Concerto for Orchestra sparked one of the most distinguished recordings of the CSO-Reiner era.

Before taking the CSO’s reins, Reiner put in stints as music director of the Cincinnati Symphony and the Pittsburgh Symphony. He also conducted extensively at the Metropolitan Opera, where in 1949 he led a widely hailed production of Richard Strauss’ “Salome.”

The Strauss tone poems would become a critical focal point of Reiner’s many recordings with the CSO. He arguably remains unsurpassed in Strauss. 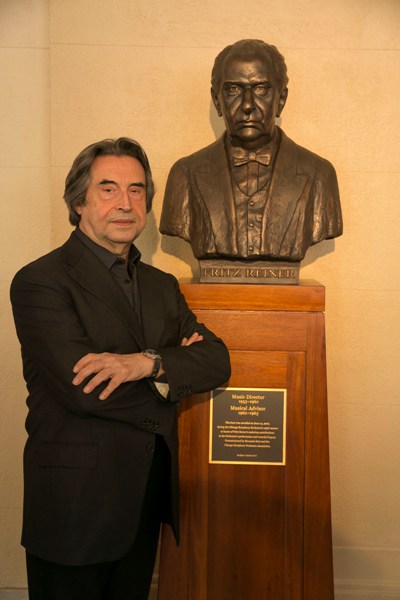 As if correcting a historical injustice, Muti noted that while Sir Georg Solti brought the CSO to the world’s stages during his 22-year stint as music director, starting with an epochal European tour in 1971, Reiner already had raised a very good orchestra to indisputable greatness.

“It was Reiner who made the CSO a legend,” said Muti. “So I was surprised when I first came here as music director and looked all around the building but I couldn’t find any sign of Fritz Reiner.”

Jeff Alexander, president of the Chicago Symphony Orchestra Association, said Muti made recognition of Reiner of high priority for this season, the orchestra’s 125th.

“He was one of the greatest conductors in history,” declared Muti before tugging the black drapery from the new bust – and acknowledging an authentic visage that could make even another formidable conductor catch his breath.