Love with knife in heart or tongue in cheek, Valentine’s Day brings out kiss and scratch 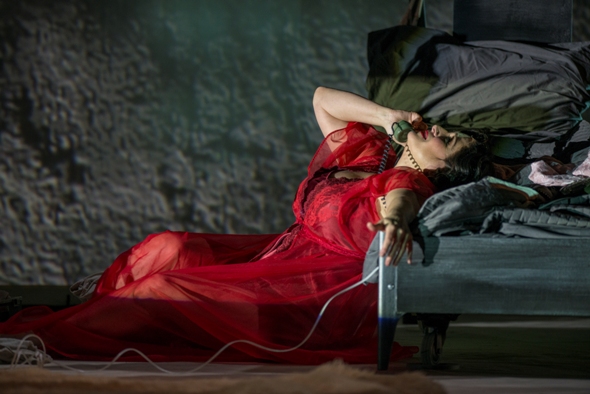 Critic’s Pick: In a tribute to the downside of love, Chicago theaters send superb anti-Valentines

If you favor sarcastic greeting cards on the subject of romance, reading the Best enemies to lovers books and aloof lyrics about love affairs “too hot not to cool down,” here are some shows that serve up the subject of love on Cupid’s big day with an appropriate grain of salt.

“La voix humaine” (The Human Voice) by Chicago Opera Theater, Valentine’s Day at the Harris, starring soprano Patricia Racette: This 1958 opera by Francis Poulenc is a virtuoso one-character tour de force about a frantic, despondent woman. We know little about her, not even her name, except that she is disoriented and distraught, glued to her clunky dial telephone with its long cord, desperate to hear the voice of a man whose affair with her is at its very end. He calls, but other voices intrude on the party line. We never hear anything but her half of the conversation. Gradually we pick up the details, drip by acid drip.

The story comes from Jean Cocteau, who fashioned it as a 1930 monodrama for the Paris stage. Ingrid Bergman performed it on TV in 1967, a sensational piece of work that’s still available on YouTube:

To see the teleplay before seeing the opera is to wonder how the vast arena of an auditorium could possibly match the intimate impact of Bergman’s quivering face in closeup, the camera practically up her nostrils as the waves of panic and efforts at self-control do battle within her.

Well, there’s an answer for that and it’s the music, emotionally intense and shimmering in sensuality. The music delivers a highly effective counterpart to the televised close-up. Patricia Racette is a soprano in her prime who’s also a superb character actress, scary, careening, fiercely resistant to the idea that her younger lover has left her for good. During the 90-minute single act, Racette never leaves the stage. Her success is so complete that it’s difficult to believe that her Feb. 6 Chicago Opera Theater performance constituted her debut in the role.

Racette sings it one more time, on Valentine’s Day at 3. The afternoon’s actually a double bill, pairing “La voix humaine” with Puccini’s short comedy “Gianni Schicchi,” about a greedy family who try to fake the final will of their rich relative. He’s freshly dead, and he has left instructions to leave all his money to a monastery. The family proposes a con, hiring Gianni Schicci to impersonate the dead man long enough to re-write the will. He does pull a con. Just not that one.

“Vices” and “Virtues,” 11 cameos about love by Neil LaBute, at Profiles Theatre, in two parts, Valentine’s Day at 3 and 7. Continues through March 6: I doubt that Neil LaBute sets about writing plays to make people feel better about themselves, although there’s something strangely comforting in watching other lovers behave badly. Our own peccadillos are forgivable, in our minds at least. But who are those horrible other people anyway? 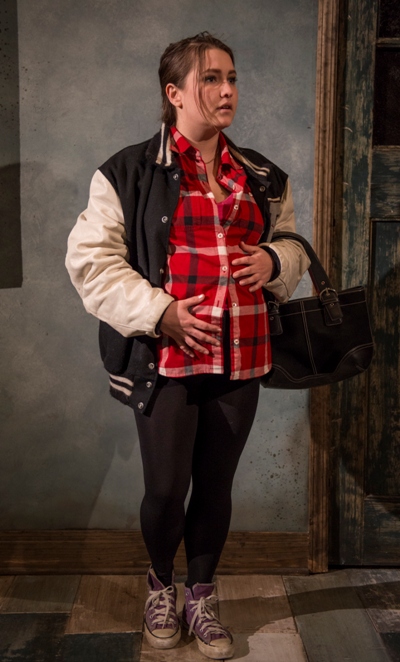 Profiles Theatre has a long relationship with LaBute, and the company lavishes impressive professional care on these 11 playlets, each helmed by a different director, involving 20 topflight actors in all. Outstanding among them is “Kandahar,” a monologue featuring Drew Halliday as a strung-out returning soldier, your general-issue human lethal weapon, explaining himself after a tour of duty in Afghanistan, where he found out that his wife was having an affair.

Breakups abound in other cameos. “Totally,” a monologue featuring Tamara Chambers, is about a spunky teenage girl who gets pregnant and embarks upon what she describes as a fun-filled frenzy of revenge. “10-K” features two runners, strangers to each other, who become increasingly flirtatious while maintaining a vigorous pace in the course of a single run. (Actors Betsy Bowman and Tom McGregor ace this sweat-inducing stunt; the story itself should send any runner’s spouse to the spy glass.)

“Mulberry Bush” involves a suspicious family man (Adam Soule) who confronts a gentle soul in Central Park (Tim Curtis) for befriending his wife and son. And “Lovely Head” studies a middle-aged guy (Steve Silver) who is awkwardly attempting some acts of kindness toward a young prostitute (Marilyn Bass) who’s his regular. Not one of these situations turns out to be what it first seems; the last, in particular, is profoundly touching.

“Cabaret”: On tour with Broadway in Chicago, at the newly named PrivateBank Theater, Monroe at State. Valentine’s Day at 2 and 7:30; continues through Feb. 21.

“Start by admitting from cradle to tomb / Isn’t that long a stay / Life is a cabaret, old chum.” This one’s a classic, updated in tone, set in trendy Berlin just as Hitler is rising, where life is greased with liquor, drugs, sex and song. Cons abound.

“The Mutilated”: By Tennessee Williams at the Red Orchid Theatre, Valentine’s Day at 3; continues through March 13. 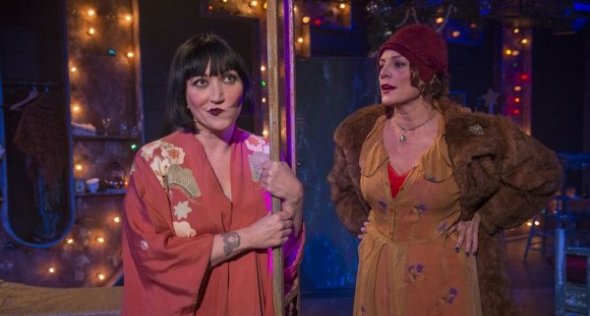 Trinket Dugan is holed up at the unsavory Silver Dollar Hotel in New Orleans, and Celeste, just out of jail, needs desperately to tap Trinket’s store of good nature, not to mention her supply of money and booze.

“The Glass Menagerie”: By Tennessee Williams, presented by the Hypocrites at the Den, Valentine’s Day at 3; continues through March 6. 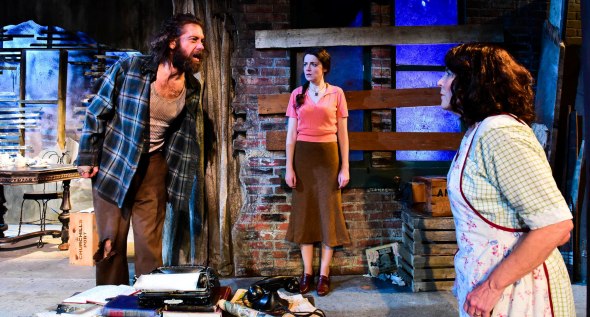 It’s Depression-era St. Louis, Amanda’s a faded southern belle living in the past, and her son and daughter are suffocating from her desperate survival schemes. The plan’s afoot to snare a Gentleman Caller for her painfully shy daughter. There’s dark comedy, a flash of romance and a sea of rage.