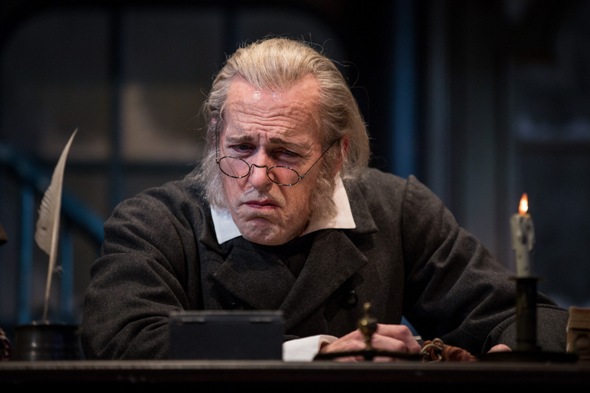 Review: “A Christmas Carol” and “Twist Your Dickens” at the Goodman through Dec. 27. “A Q Brothers Christmas Carol,” at Chicago Shakespeare, through Jan. 3.

To sample Chicago’s 2015 holiday offerings I assembled my own version of the Three Scrooges — not a show, but a trio of shows all based on “A Christmas Carol.” And yes, there’s some slapstick in it, even ribaldry, depending on which flavor of Dickens you choose.

For a show with a big heart, though, carefully geared to work for family members as young as six — and with a top-notch, generously diverse cast that guarantees all audience members will see themselves onstage — the Goodman Theatre’s “A Christmas Carol” is the standard by which all other holiday entertainment in the city is measured. 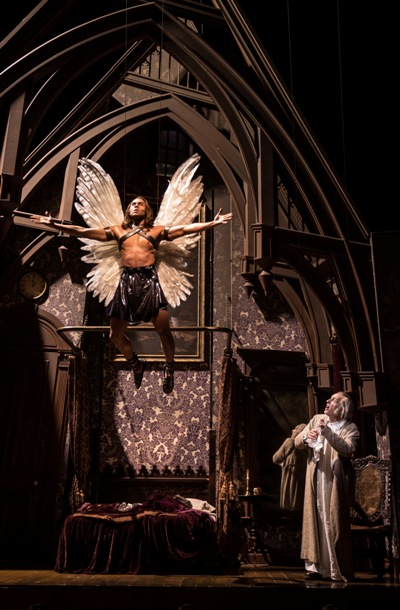 The company has been presenting the show for 38 seasons, its latest version coming together gradually, with sets by Todd Rosenthal making their first appearance in 2001,Larry Yando anchoring the cast as Scrooge beginning in 2007, and Henry Wishcamper taking over the direction in 2013.

Each year, some of the city’s finest character actors inject their jolts of brilliance into Dickens’ bustling London stew. At the performance I witnessed, the crowd was already hallooing its encouragement as Kareem Bandealy gave his opening speech about Old Marley being dead as a door-nail.

It was absolute delight to hear Bandealy turn this idea over and over, savoring the fine points of coffins and ironmongery until there was no doubt in anyone’s mind that Marley was indeed dead. As a doornail. Bandealy also played Scrooge in the flashback scene brought on by the Ghost of Christmas Past, who rubs old Scrooge’s nose into the biggest mistake of the miserly young Scrooge’s life. In this sprawling story, it’s always a game to keep track of how many different people each actor plays. 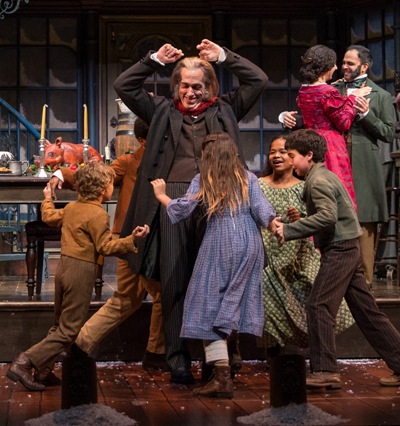 The star of the show is Yando himself as nasty old Scrooge, and it’s another measure of his success that there’s a fairly reliable stream of small voices offering their spontaneous groans of delight at his more egregious antics. But Scrooge does learn, bit by bit, and there’s no little sophistication in method by which Yando recovers Scrooge’s humanity through self-reflection and regret, parsimoniously at first, of course.

The special effects of this lovely production hit their marks. The Ghost of Christmas Past (Travis A.Knight) channels a Renaissance angel, the Ghost of Christmas Present (Lisa Gaye Dixon) is an irrepressible giver of joy, and the Ghost of Christmas Future is a veritable Mt. Everest of Scary, helped along by Richard Woodbury’s sound design, which is thunderously imaginative throughout. Children and young people are numerous onstage. For music, a quartet of onstage buskers spread the joy, and everybody dances. 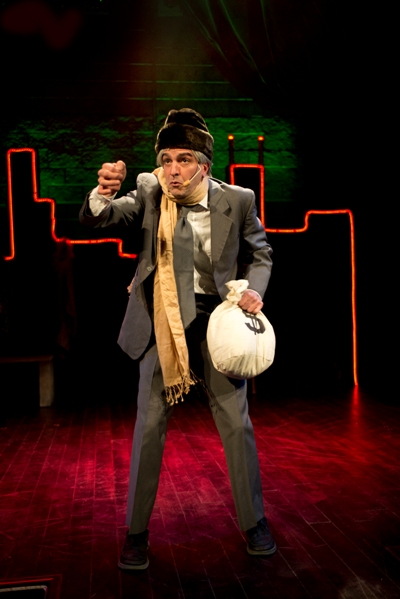 For the Anti-‘Christmas Carol’ crowd, there are two notable options, my favorite being “A Q Brothers’ Christmas Carol’upstairs at Chicago Shakespeare. It offers an adult club setting with alchohol, and DJ Super Nova revs up the crowd with his beats throughout.

This hip-hop version of Dickens is very smart, peppered with up-to-the-minute musings on the nature of loud mouths, hubris and greed. At least one presidential candidate gets singled out for treatment, along with a local high-rise that sports his name. The indefatiguable GQ is a Scrooge who hugs his bag of money and spits out brilliantly funny lyrics, while JQ, Jackson Doranand Postell Pringle play everybody else. This is the third show the Q Brothershave brought to Chicago Shakespeare, its previous hit being “Othello: The Remix” — an arresting knockoff that the Bard, who preferred his comedy rough, would have adored. 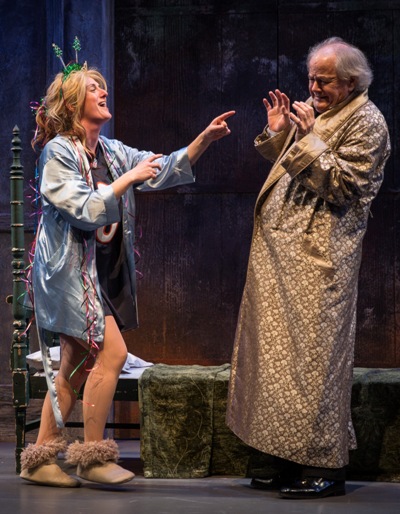 Fans of The Second Cityimprov are accustomed to audience participation, chiefly by volunteering wacky ideas the comedians must incorporate on the fly. At “Twist Your Dickens,” the Second City show currently playing in the Goodman’s smaller theater, theater-goers are invited to scribble onto a thin strip of red or green paper something truly naughty that they have done. The confessions are then fashioned into a chain of naughtiness from which examples are plucked for scolding, as in, “Once I played hide and seek with my sister; she hid in the clothes dryer, so I turned it on.” Truly, by comparison with all of our confessions, Scrooge was an amateur.

During the show itself, actors beckon for more ideas at key plot points. “Killing butterflies” made the cut the night I was there, suprising an actress struggled mightily to suppress laughter and stay in character. These were highlights of an uneven show that lost its tension now and then, although Francis Guinan was delightful as the eponymous skinflint. 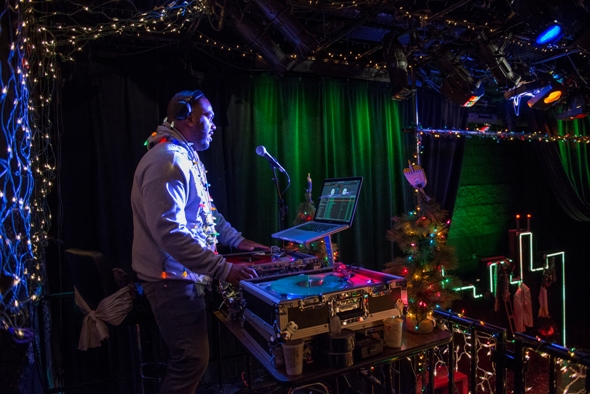