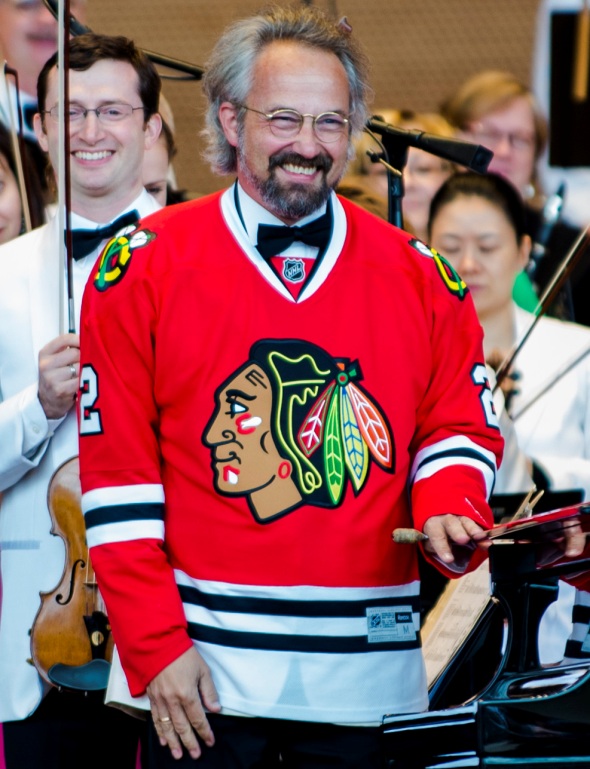 Chicago’s getting everything right at the beginning of this summer season. The day after the Blackhawks won the Stanley Cup, the weather was cool and picnic perfect at Millennium Park, where the free Grant Park Music Festival got underway. Thousands laid down their blankets on the great lawn in front of the Pritzker Pavilion. Even the curse of the overture”Drip” – which was rained out two seasons running  –  was finally broken. 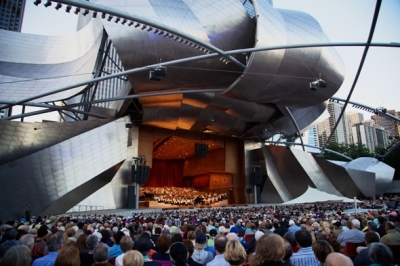 The riotous tune-up, which would get the cobwebs out of any horn, seemed drolly apt for this summer-only orchestra, whose members assembled this week for the first time in 2015 from points all over. The four new musicians joining the group spent their winter season performing with ensembles in Miami, Indianapolis, Minneapolis and Sarasota.

Already Kalmar’s orchestra is coming together, the strings well-balanced among themselves, the rest of the instrumental choirs vigorous if somewhat rough around the edges. Those lucky enough to sit in the first 10 rows of benches near the stage can actually hear a natural acoustic blend unspoiled by too much amplification, and the suspended loudspeakers above the lawn array do a nice job of delivering a rich orchestral sound. Seats in the spotty middle between the front rows and the lawn itself are a challenge in that the instruments at the back of the orchestra can overpower the mix, but some fiddling with the dials is doubtless underway.

City noise and airplanes overhead are part of the normal mix, but they were held harmless by the program’s main event — Beethoven’s Symphony No. 7, which was given a hearty, luxurious reading. The French composer Olivier Messiaen, who was forever mimicking birdsong in his music, would have been fascinated by the avian chorus that joined in with the second movement Allegretto as the sun prepared to set. The effect was remarkably beautiful. 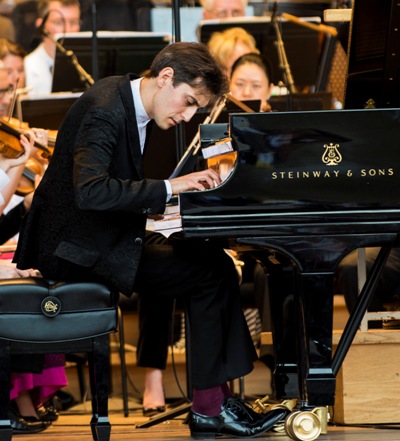 Pianist Yevgeny Sudbin didn’t exactly phone in his solo in the Rachmaninoff Piano Concerto No. 1. He was present in the pavilion. But he was reading his part from music that he had placed inside the piano, and for some long stretches his eyes were glued to the page. The result was that he really wasn’t communicating with the audience, and at those times he seemed just like another member of the orchestra, following Kalmar’s lead.

Rachmaninoff’s First Piano Concerto isn’t half as popular as the Second, and there are likely reasons why Sudbin wasn’t — to borrow a term from the acting world — completely “off book.” This is a pianist with promising international credentials who has impressed the conductor Osmo Vänskä enough to record the complete Beethoven Concertos with the Minnesota Orchestra, which are underway. I would like to have heard one of those.

Wednesday, Friday and Saturday concerts continue through Aug. 22 and Tuesday through Friday daytime rehearsals — typically at 10:30 or 11 — are also free.