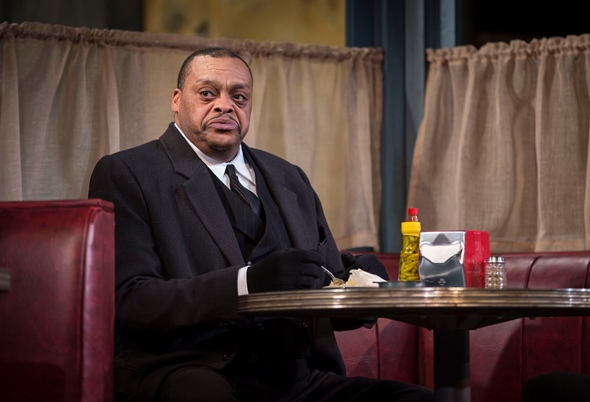 Interview: Chicago actor says his first go as playwright August Wilson’s undertaker, at Goodman Theatre through April 19, meant putting on a somber bearing and never taking off his gloves.

A.C. Smith, a big-framed actor formidably attired in black as a wealthy undertaker, is ensconced Buddha-like at the corner table of a diner in the Goodman Theatre production of August Wilson’s “Two Trains Running.” Simply learning how to sit there, and figuring out what to do with his unnaturally gloved hands, says Smith, was a daunting new wrinkle even for a savvy veteran of Wilson’s plays. 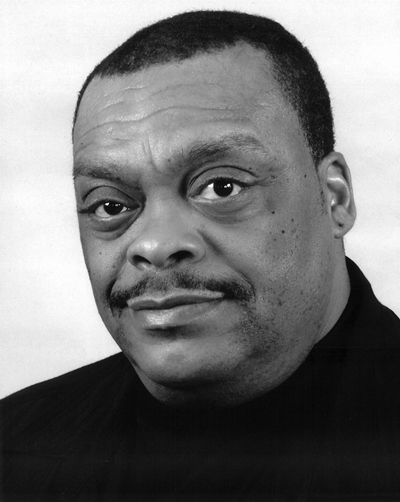 “There’s a regalness about him,” says Smith of the undertaker, West. “He doesn’t have that much stage time, so you have to get that image across right away. The costume helps a lot, but I had a lot of trouble figuring it out at first. I didn’t know what to do with my hands in those gloves – gloves indoors! I would put my hands to my face, cover my mouth.”

That’s where director Chuck Smith offered some practical advice: “Chuck told me, ‘You’re hiding everything. Sit up high, not slouched. Put your hands on the table. Don’t lock yourself up crossing your arms.’” Just making those few adjustment, says the actor, allowed the rest to flow more easily.

“Two Trains Running,” the ‘60s installment in Wilson’s so-called Pittsburgh cycle of 10 plays chronicling the African American experience through the 20th century, is set in 1969 – in a once-prosperous diner in the declining Hill District, a primarily black neighborhood of Pittsburgh. Now the scene has tapered off to a few old regulars, and a young new face, Sterling (played by Chester Gregory), just released from prison.

The diner’s owner, Memphis (Terry Bellamy), and the undertaker West go back a long way. Memphis is being pressed by the city to sell the café to make way for a renewal project, but he’s demanding too much money. Meanwhile. West, who owns much of the neighborhood property, is pushing Memphis to sell to him, but the proud proprietor wants more than the undertaker will pay.

“Two Trains Running” is really Memphis’ story, but the undertaker is squarely in the middle of it – even if his table is off to the side and his speeches are few. When West speaks, everyone listens; for that matter, when West walks through the front door, he’s the instant object of everyone’s attention. 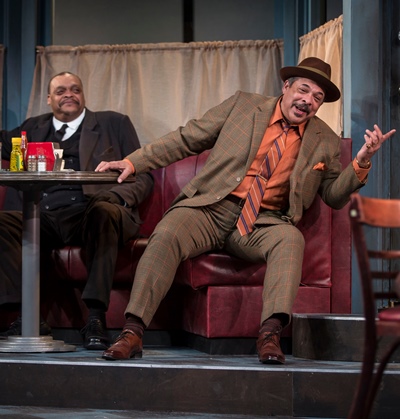 “West and Memphis are in two different places financially now, but they have similarities as well,” says Smith. “As actors, we have to make up backgrounds about our characters, just so we have a better sense of who we are. I imagine Memphis and West used to run together. Memphis tells us he used to go around with four-five hundred dollars in his pocket, a lot of money for that time. I think they did some damage together in the old days.

“But they both tell us a time came when they decided to put their pistols down – a choice they made individually, to become businessmen. West saw other young men dying around him every day and decided it might be smarter to bury those bodies than become one of them. And Memphis remembers when the diner was such a thriving place that you couldn’t get a seat: No sooner would one person leave than another would take his place. But those times are gone.”

The relationship between West and the rest of the old crowd has changed, too. In one key speech, West muses that he never expected to become rich, he just wanted to stay alive. But his hard work has made him wealthy.

“Fact is, he’s still one of them, but rich,” says Smith. “He’s from that neighborhood. But now he has to handle himself differently. They make fun of him and his wealth, but everyone – Memphis included – respects him. Even when he isn’t there at the diner, he’s still Mr. West.”

Smith’s perspective on West comes from the heart and experience.

“I am from the inner city,” he says. “I’ve lived there all my life. This is the language I speak. I know the language and I know the people. I’ve gone to many funerals and seen many funeral directors. They always kind of creep me out. But I’ve always admired their dignity, standing there chest out. They stand out from the crowd. That’s what I wanted in West.” 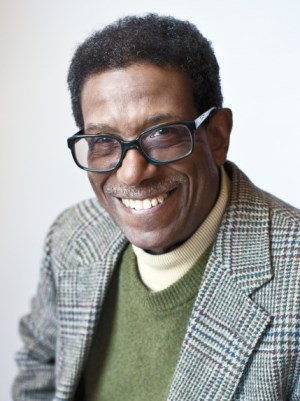 He had twice played the opposite role, the diner owner Memphis, before Chuck Smith approached him about suiting up as the undertaker, which he had never done.

“Chuck’s whole approach was nothing like I’d even experienced before,” he says. “There were no auditions. The cast was hand-picked. He had a vision and he simply asked each of us. And once rehearsals began, we were up and walking through the play immediately, without the usual time spent in table readings. That was great, it really got the juices flowing.”

But the director knew what he was getting in A.C. Smith, who has acted in all 10 of Wilson’s plays at least once and some as many as four times – a history that goes back some 25 years to the time he was invited to audition as Boy Willie for a New York production of “The Piano Lesson,” under the eye of the author.

“I didn’t get the part but I was hired as understudy for it, and I got to know August Wilson,” Smith recalls. “When the play moved to Pittsburgh (the playwright’s hometown), I spent quite a bit of time with him. He was a quiet man, even a bit stand-offish, like West. Kind of shy, I think. He would speak when you asked him something, but he didn’t volunteer too much. He tended to just stand back. He never called me by name, but he knew exactly who I was.

“He said his writing came sort of involuntarily: He would sit there and the ancestors would come to him, and he’d start writing for no reason, like somebody was telling him what to write. When you look at the page, there’s hardly any punctuation – but when you get up and starting speaking that dialogue, the natural stops just come.

“Really, though, I didn’t know whose presence I was in. I was young. Now I think back on how blessed I was, and what I would ask him now.” 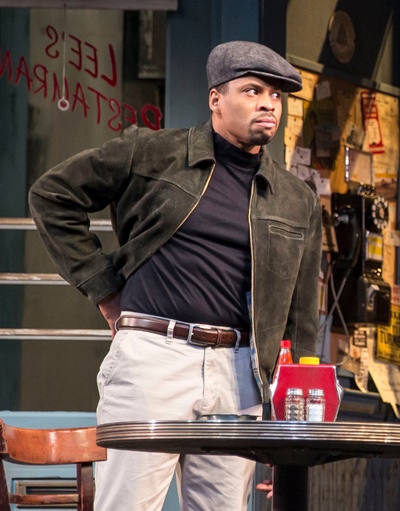 As play productions invariably do, this run of “Two Trains” has evolved night by night, Smith says, and often in very surprising ways that tested the poise of unsuspecting actors.

“In the first performances, when West pays his bill at the diner just after meeting this new kid Sterling, who has explained that he drove the getaway car in a robbery, I’d pull out my wallet in full view of everybody. But then I got to thinking this doesn’t make any sense, flashing my money in front of this guy who just got out of prison.

“So the next night, when it’s time to pay the bill, I look over my shoulder to see if Sterling is watching and I sort of pull out my wallet on the sly. When we came off-stage, he told me I’d caught him completely by surprise. He said, ‘That was classic.’ He said he had a hard time not laughing.”