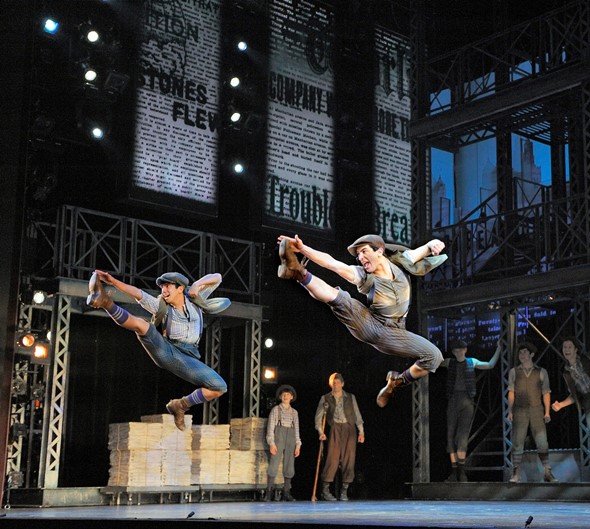 16th in a series of season previews: Broadway in Chicago’s range of fall shows is reflected in premieres of “Amazing Grace,” updated “Hansel & Gretel” and “Dee Snider’s Rock & Roll Christmas.”

Is Broadway in Chicago flourishing, or what? Whether you look at this high-profile presenter’s 2014-15 season in terms of sheer quantity or with an eye to its scope of appeal, the fall lineup alone – never mind what’s to come in the season’s second half — pops off the page with three world premieres and the Broadway mega-hit “Disney’s Newsies.”

“We look at everything that’s out there,” says Broadway in Chicago vice president Eileen LaCario. “Our first interest is in the big Broadway musicals, but we also want to offer the range of entertainment that Chicago deserves to see.” 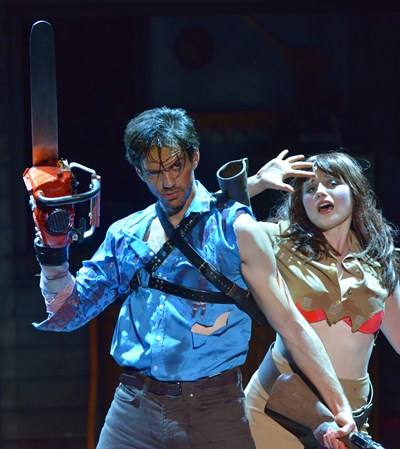 The season opens with a touch – make that a splash – of gore in “Evil Dead the Musical,” about some college kids who have a really bad weekend at a cabin in the woods.

“It’s going to be fun, a change-up for our audience,” says LaCario. “It’s got a that camp feel that tends to draw a younger audience.”

Then comes the first of three premieres: “Amazing Grace,” a musical retelling of the story behind that world-renowned hymn, how an 18th-century seaman working in the slave trade was spared during a horrific storm and found his spiritual heart.

Late autumn also will bring “Disney’s Newsies,” the rousing song-and-dance extravaganza, inspired by the historic Newsboys Strike of 1899 in New York City, about a plucky group of kids who stand up for their rights in the face of powerful business interests.

“We have five theaters, so we tend to bring all kinds of shows,” says LaCario. “The trick is figuring out how to develop and proportion a season. We’re always looking to expand our audience, and we have seen its steady growth.”

For a complete listing of the 2014-15 season, visit BroadwayinChicago.com.

Here’s a look at theatrical highlights of a Broadway in Chicago fall season that’s also peppered with concerts and other forms of entertainment: