15th in a series of season previews: Arthur Miller’s “All My Sons” raises the curtain; Chicago playwright Todd Bauer’s “The Birdfeeder Doesn’t Know” will be unveiled in April.

Out of what co-artistic director Michael Menendian calls “a lot hand-wringing,” Raven Theatre has fashioned a family-business themed season that begins with a company reprise of Arthur Miller’s “All My Sons,” includes a world premiere and ends with a play about Armendian genocide that’s close to Menendian’s heart.

“It’s the greatest challenge to pick the season,” he says, “The goal is to balance the tone without essentially repeating the same story.” 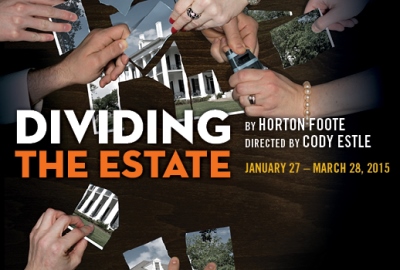 A family at each other’s throats is the twinkling topic of Horton Foote’s wry play “Dividing the Estate,” which will see its Chicago premiere at Raven in mid-season. “These characters are ferocious, doggedly determined to get their piece,” says Menendian. “It’s more comedy than drama.”

The season opener is Arthur Miller’s “All My Sons,” which Raven first staged in 1990, about a family in the years after World War II haunted by fatal flaws the father may have condoned in the manufacturing of parts for U.S. fighter planes.

Receiving its world premiere will be Chicago playwright Todd Bauer’s “The Birdfeeder Doesn’t Know,” which deals with the conflict between the demands of an aging couple and the need of their grown, disabled son to pursue his life as an artist. 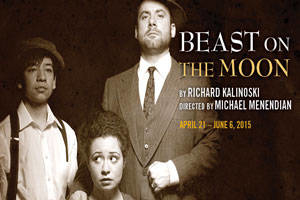 At the close comes Richard Kalinoski’s “Beast on the Moon,” about an Armenian immigrant to the U.S. who escaped the Turkish genocide of 1915 and is struggling to make a new life in America.

“The hundredth anniversary struck a nerve in me,” says Menendian, who is of Armenian descent. “Beginning on April 24, 1915, the Ottoman Empire began rounding up Armenian intellectuals in a genocide campaign that eventually took the lives of 1.5 million Armenians. This is our recognition of the anniversary.”

Raven Theatre,  located at 6157 North Clark Street, on the corner of Clark and Granville in Chicago, primarily serves the city’s far north communities of Edgewater, Rogers Park and Andrsonville, though it can also claim a broad base of support from across the Chicagoland area.  Easily accessible by car, the theater is 15 minutes from the Eden’s Expressway (Peterson exit east) and 5 minutes from the north end of Lake Shore Drive. It’s also convenient by train. Take the Red Line to the Granville station, then walk west on Granville to Clark Street.