Preview: Successor to “Riverdance” makes its first U.S. appearance in Chicago with performances March 4-16 at the Oriental Theatre.

Jamaican-born dancer Teneisha Bonner is a seasoned theater veteran, but she admits she had no idea of the world-widening experience awaiting her in the multi-ethnic dance spectacle that is “Heartbeat of Home.” 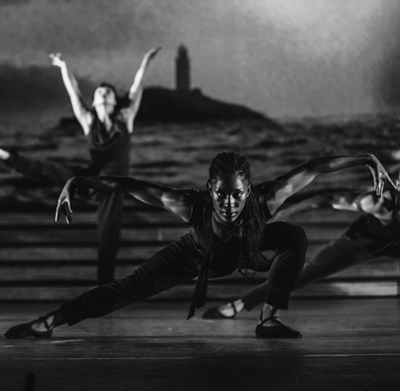 Bonner and two male dancers represent the Afro-Cuban component of “Heartbeat,” which also blends in flamenco and salsa with contemporary urban styles as accents to the main ingredient – the Irish tradition famously celebrated in “Riverdance.” The new extravaganza, from the same team that created “Riverdance,” makes its U.S. debut in Chicago on Tuesday night  at the Oriental Theatre for a run through March 16.

“On paper, it seems like this mix of temperaments really shouldn’t work,” says Bonner with a laugh. “You put all these people in the same room and you might expect one or two to roll out on the wrong side. But it’s been great. The show is so much fun and we all genuinely get on well. We’ve become a family. We do things together. During our tour of Canada (just before Chicago), we all went to Niagara Falls. But it’s also been an incredible learning experience, an opportunity to take a wider perspective and gain new appreciation for other dance traditions.” 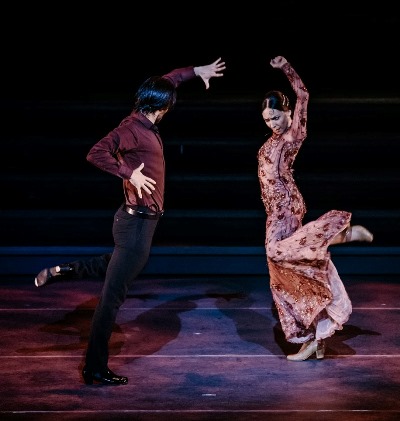 At its core, “Heatbeat of Home” symbolizes the diversity of modern Ireland, where a rich dance tradition now shares place with the art of assimilated cultures – and where modern dance expressions flourish side by side with timeless indigenous forms.

Watching dancers from other cultures transform nightly from backstage pals to poetry in motion on stage has been revelation, says Bonner. “I never fully understood the incredible grace and speed of flamenco dancers until I shared the stage with the two phenomenally talented dancers on this tour,” she says. “The first time I saw them take the stage and morph into these bombshells you see out there oozing passion, I thought, ‘I was just sharing a dressing room with you five minutes ago and you weren’t like that.’” 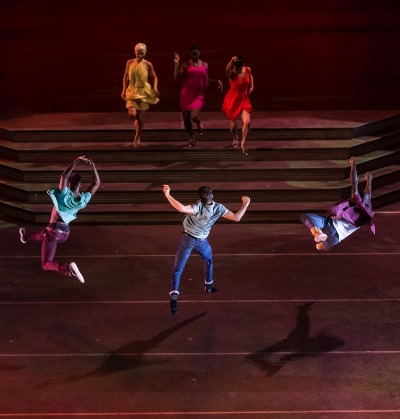 No doubt the amazement cuts both ways. Bonner describes the dance routines she performs with the two men as a mix of African beat and Cuban inspiration.

“We’re not necessarily sticking to any traditional form,” she says. “It’s really more Afro-Cuban in a musical sense than in the dancing itself. I belong to a hip-hop theater back home in London, and there’s a lot of that in what we’re doing here. We have a lot of freedom on the stage, and we have fun with it.

“We love to play with the audience, and we’re allowed to break the fourth wall and reach out. Our dancing has a world heartbeat and the audience really gets into it. We blow them kisses and they smile back.” 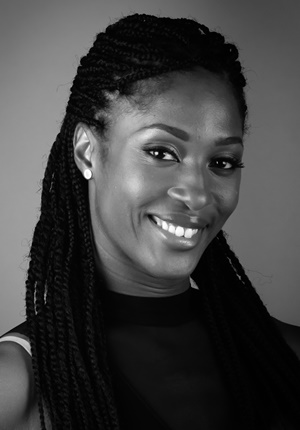 Trained in classical ballet, Bonner has been dancing professionally for 15 years, ranging across traditions from ballet to contemporary jazz.

“Once I decided to take dance seriously, I started to branch out and try things,” she says, “and the ballet technique provided the foundation for everything. This show is about as demanding as anything I’ve ever done. There are those days when your body is just so tired. And that’s when the pure joy of it carries you through.”