From an exotic lark for cellos to MusicNOW, CSO ventures bring heat to frosty cityscape 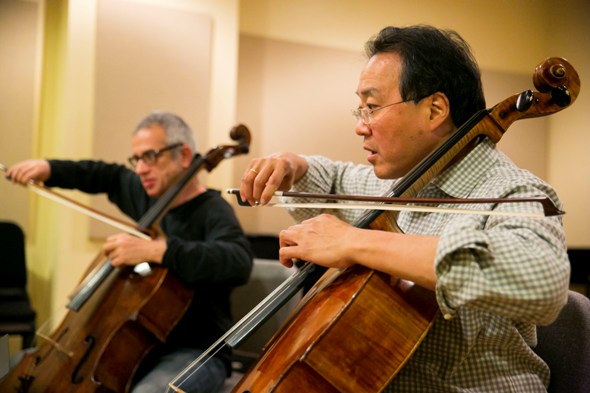 The Chicago Symphony Orchestra and its au courant offshoot MusicNOW introduced four contemporary works to Chicago in the space of a single week, including the world premiere of a double cello concerto featuring Yo-Yo Ma and cellist-composer Giovanni Sollima.

It’s been cold in Chicago, but it feels like spring with a Riccardo Muti residency in full bloom at the Chicago Symphony Orchestra. At Orchestra Hall, three audiences packed to the rafters heard an invigorating new double cello concerto by Palermo-born Giovanni Sollima called “Antidotum Tarantulae XXI,” with the composer himself and CSO creative consultant Yo-Yo Ma as the soloists, Muti at the helm.

The work is a forthright, exuberant showpiece for virtuosos, yet also filled with sounds so old and so exotic as to seem hauntingly new. Audience response was electric. 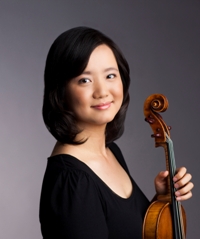 Then on Feb. 3 under the auspices of MusicNOW, the orchestra’s au courant offshoot attended by a lively and growing crowd at the Harris Theater of Music and Dance, CSO composers-in-residence Mason Bates and Anna Clyne offered their own compelling works of slightly older vintage. And the orchestra’s newest viola hire, Shanghai-born Weijing Wang, performed what amounted to a dazzling double viola concerto for one player.

Wang’s fiddle was wired for timbral and time manipulation so that she could perform with a real-time electronic extension of herself. The 15-minute piece, from a series called “Traces,” was by guest Argentine-born composer Martin Matalon.

Sollima (pronounced SO-li-ma)  prefers to compose with cello in hand, much in the tradition of Bach and today’s jazz musicians, for whom composition and spontaneous improvisation are virtually one and the same. He’s a member of  Ma’s touring and recording Silk Road Ensemble, which is made up of exceptional musicians from a variety of traditions — a group named after the ancient trade routes that extended from China through India, Persia and Arabia to the Mediterranean Sea, bringing as a byproduct profound East-West cultural exchange. 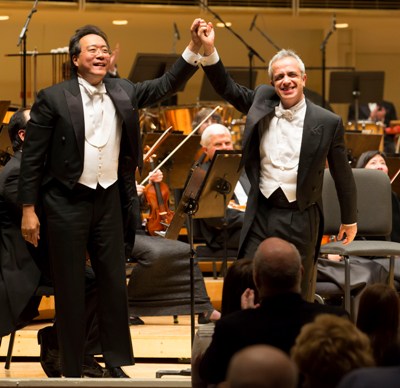 His double concerto immediately drops the listener into a seemingly remote, timeless expanse of undulating sound, as if a desert wind were causing subtle shifts in the sand. Then comes the call of a distant drum, and the lone voice of a cello, soon two cellos, mirroring, echoing, inverting and diverging in a hypnotic sibling dance.

Ma and Sollima (an excellent cellist in his own right) are nothing if not aces at nailing a mood. The audience seemed firmly fixed on the character of these unhurried passages, which are steeped in ancient feeling and microtonal colors. By contrast, the soloists’ later prestidigital feats and furious bowing antics in rhythmic unison set rosin flying into the air, grins all around: exuberant mastery on display. You need that in a concerto, too.

“Antidotum Tarantulae XXI” takes its name from a beloved family of fast folk dances that Muti and Sollima know very well, the tarantellas, or pizzicas (think “pinch”) as they are called in the south of Italy, at the heel of the boot. They trace their origins back to ancient lore, when the cure for venomous spider bite was literally to dance away the poison.

The pizzica’s bouncing abandon can surely exorcise whatever ails the spirit, and it is at the heart of communal celebrations in the Italian south. Sollima has explored the taranta tradition before, but it was only when he was in Salento last August, as the master of ceremonies for a huge pizzica festival called “La Notte della Taranta,” that he hit on the idea of using it in this new work, along with musical bits and pieces from the Italian Renaissance — especially a musical and visual puzzle, called a rebus, that Leonardo da Vinci once toyed with. 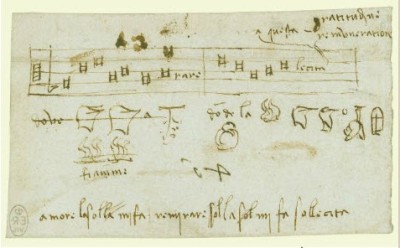 Rather like the intricate fugues of Bach’s day, these rebuses offered a particularly attractive challenge because solving them was seen to open a window upon the enigma of all creation. Leonardo’s rebus starts with a fish hook (“amo”) and follows with notes on a staff that, when spelled out by their names (re, mi, fa, sol, etc.) become syllables suggesting phrases. So “amo” follows with RE SOL LA MI FA RE MI and finally the letters “rare.” Thus, “Amore sola mi fa remirare” (love alone makes me remember).

Sollima gives a tune derived from Leonardo’s rebus to the cellos and it percolates through the concerto, eventually forming the basis for a rich set of variations at the end.

In truth, no one seemed more pleased about the joy in the concert hall than Muti himself. Talk with the maestro for more than a few minutes and you will find a serious student of the intellectual history of southern Italy, not only of its musical flowering in the Renaissance and Baroque eras, but also of the richness that derives from wave after wave of conquest and cultural assimilation since ancient times.

Sollima, who teaches cello at the Santa Cecilia Academy in Rome, also has this ancient soil in his blood. His questing enthusiasm for the cello’s ancestors has led him to instruments still played in the Mediterranean, the Balkans and the Far East.  One of them is the single-string gusle, which is associated with ancient epic poets who accompanied themselves for emphasis and enhancement.  The tradition is still alive in the Balkans (see the adjacent video of a Serbian minstrel contest) and one can hear intimations of its sound in the concerto’s plaintive flourishes.

The composition could use some tightening, but it has striking individuality, and while properly lyrical for the cellos, it is at times a flat-out romp that sure looks like fun to play. One can imagine any number of performance scenarios, including that which typically occurs with Strauss tone poems, when a principal player in the orchestra pairs up with a guest artist. Principal cellists across America — go for it! 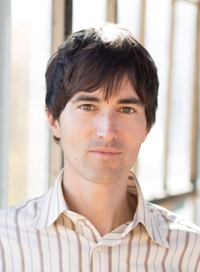 America’s folk tradition may not be as old as the pizzica, but Mason Bates’ 2002 “String Band” conjures a confidently old-time sound in a trio for cello, violin and prepared piano, its pitches made to twang and slide through the use of artfully placed screws and erasers.  The MusicNOW performance was a good reminder of Bates’ sense of that sweet spot where sonic worlds can meet, whether it’s to blend electric and acoustic or to conjure from modern instruments the charm of plucked banjos, country fiddles and a slightly sour upright. Pianist Winston Choi and CSO musicians Yuan-Qing Yu (violin) and Kenneth Olsen (cello) made good theater of it, too.

The MusicNOW program also offered a tantalizing glimpse forward: Anna Clyne is working on a five-part cycle devoted to poems of Emily Dickinson, that prolific recluse. Clyne says the work will eventually involve multimedia, stop animation and choreography. She offered a beautifully layered and ultimately searing 2013 installment, “The Lost Thought,” featuring three high-caliber voices from the CSO Chorus (Kathleen O’Brien Dietz, Kathryn Kamp and Elizabeth A. Grizzell) and a chamber ensemble conducted by Robert Moody. The project seems perfect for Clyne, who instinctively understands how music can achieve a tension bordering on hysteria while remaining ineffably beautiful. 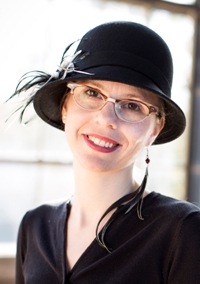 She made a point of referring to the emotional impact of Dickinson’s capitalizations and dashes, which the poet added by way of a revision, and which inspired Clyne’s musical choices. Here is the version of the poem in question:

I felt a Cleaving in my Mind—
As if my Brain had split—
I tried to match it—Seam by Seam—
But could not make it fit.

The thought behind, I strove to join
Unto the thought before—
But Sequence ravelled out of Sound
Like Balls—upon a Floor.

Her startling instrumental palette captures Dickinson’s psychic pain, with three flutes for upper range setting off the three female voices, harpsichord and string quintet — plus percussion and contrabassoon, for an edge of stridency.