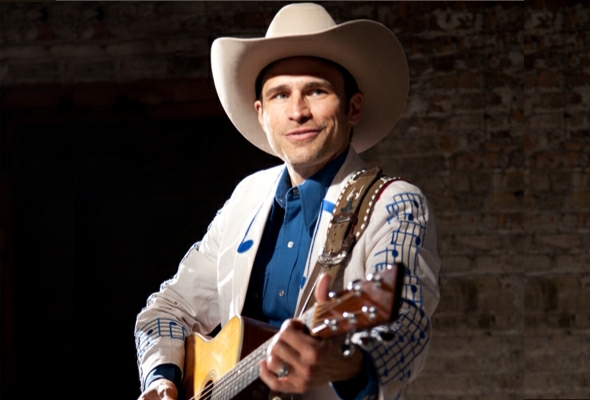 Third in a series of season previews: Annual radio play “It’s a Wonderful Life” also will be renewed as company moves into new space at Greenhouse Theater Center.

The spirit and legend of Americana buoys the 2013-14 season at American Blues Theater, from a musical biography of country star Hank Williams to the world premiere of Christina Gorman’s “American Myth,” about a professor of history who has perhaps fudged the details of his own past. 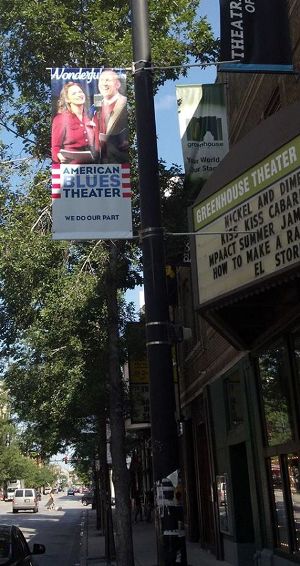 The new season also sees storefront American Blues taking up residence at the Greenhouse Theater Center on North Lincoln Avenue, after a stint of hustling available space and working around other schedules at Victory Gardens

“We’re thrilled to have a real home where we can build our audience,” says producing artistic director Gwendolyn Whiteside. “We have a five-year arrangement at Greenhouse, and this new stability puts us in the driver’s seat.”

Also on the season agenda is the 12th edition of “It’s a Wonderful Life: Live in Chicago!” – ABT’s ever-popular “radio play” based on Frank Capra’s 1946 film.

“We’re really excited to bring ‘It’s a Wonderful Life’ to the Greenhouse,” says Whiteside. “The challenge is keeping the story fresh, but we also have this great opportunity to rethink the show. The set design will be all new.”

What began in 1985 as ABT was renamed American Theater Co. during the artistic directorship of Brian Russell (1997-2002). In 2009, after the appointment of P.J. Paparelli as artistic director, philosophical differences led the company’s ensemble to depart en masse, regroup, reclaim their original name and start over as American Blues Theater, producing plays at Victory Gardens.

For its 28th season, American Blues Theater moves into a new home, a 199-seat performing space at the Greenhouse Theater Center, 2257 N. Lincoln Ave., in the Lincoln Park neighborhood.