Behind forbidden love in ‘West Side Story,’ clashing views of what’s right in America

Preview: “West Side Story” by Leonard Bernstein and Stephen Sondheim at the Oriental Theatre. National touring production presented by Broadway in Chicago, June 11-16.

The crux of conflict in the musical “West Side Story” may be the time-honored insanity of warring factions – the Sharks and the Jets in this case – but the play is also a portrait of cultural assimilation and clashing perspectives on what an immigrant group has to gain and what it risks losing. 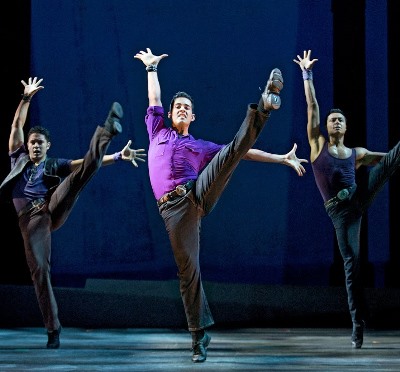 Another generation of young actors still finds edgy, personal drama in “West Side Story,” which comes to the Oriental Theatre on June 11 in a version modeled on the latest Broadway production, even to the substantial use of Spanish in the speech of Puerto Rican characters.

Andrés Acosta and Maryjoanna Grisso, who portray the Puerto Rican brother and sister Bernardo and Maria, see crucial differences in the way these newcomers engage their new world of Manhattan.

“Bernardo has come to this country to pursue the American dream, make money and go back to Puerto Rico as the big man on campus,” says Acosta. “But he finds so much danger, so he’s focused on protecting his loved ones, especially Maria, from a world of bigotry and violence. 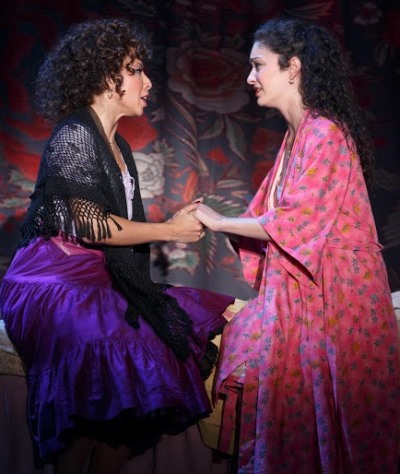 “Since he has been in America, Bernardo has faced nothing but rejection and racism. Now he’s living on the edge. It’s easy to play the character as just angry, and in rehearsals I found myself attaching too much to that side of Bernardo. But he acts differently around his family. He’s still a person of hopes and dreams. He still finds joy in seeing his girlfriend (Anita, played by Michelle Alves) and sister looking so beautiful the night of the dance.”

The dance at the gym, with its borderline-violent energy and socially delineating choreography, pitches “West Side Story” onto its fatal trajectory. Maria and Tony meet and kiss, and a world that was just an address becomes a star. Or rather a meteor, about to explode.

Grisso views Maria as a young person full of hope:  “She doesn’t see the racial clash, doesn’t get why her brother is so set against the Americans. This is her first time out in public. She’s smiling at everybody, Sharks and Jets alike. She doesn’t comprehend the force of segregation.

“She doesn’t see the racial clash, doesn’t get why her brother is so set against the Americans. This is her first time out in public. She’s smiling at everybody, Sharks and Jets alike. She doesn’t comprehend the force of segregation.

“When Tony (Addison Reid Coe) and Maria meet, it’s the quintessential moment of time just stopping. There’s all this stuff going on on stage, but everything stops for them. As soon as they speak to one another, they get these feelings they just can’t believe. Nothing else matters.” 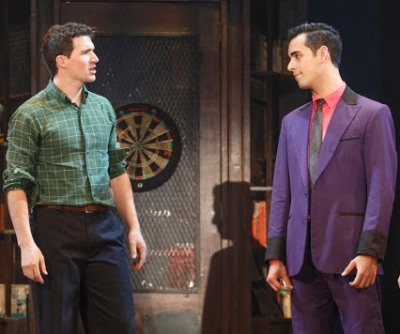 Despite the plethora of great Bernstein-Sondheim songs in “West Side Story,” from “Something’s Coming” and “Tonight” to “I Feel Pretty” and “America,” much of the show’s dramatic thrust springs from its famous dance numbers, says Acosta.

“It’s amazing how choreography tells so much of the story and points up the characters’ intentions,” he says. “The dance at the gym is spectacular, but it’s important to notice that it doesn’t end with a presentation to the audience. It’s a competition, it’s about pride, it’s a war to show that you’re stronger, better.

“These are real people working through personal struggles. We use a lot of Spanish, but there’s conflict in that as well. Bernardo speaks to Anita in Spanish, but she answers him in English. She loves Manhattan, she wants to assimilate. And Maria looks up to her.” 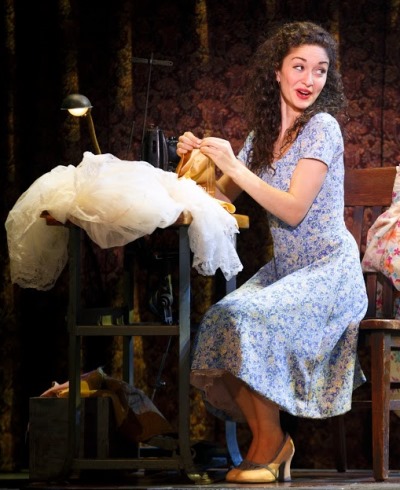 Maria and Tony embody better possibilities for the two mistrusting sides. Theirs is a marriage of true hearts and minds, a bond formed somewhere outside the box of earthly predisposition.

“Tony says, ‘Something’s coming.’ He doesn’t know what it is but it’s going to be great,” says Grisso. “And Maria says, ‘When I look at Chino (the Puerto Rican boy approved for her to marry), nothing happens.’ She wants something to happen. When Tony and Maria touch, that something happens for both of them.

“They don’t think of being from different places. It’s pure physical chemistry. He is infatuated, infected by her hope and optimism. He feels invincible. He can stop the rumble. He can change the stars.” 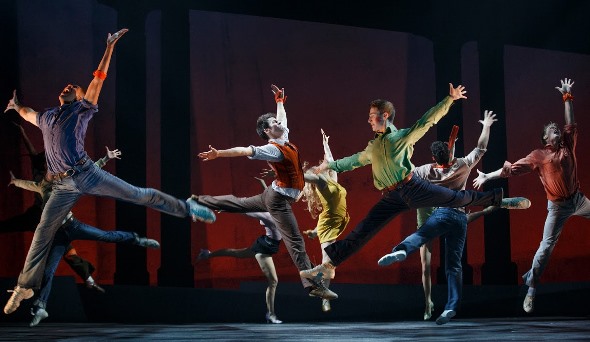 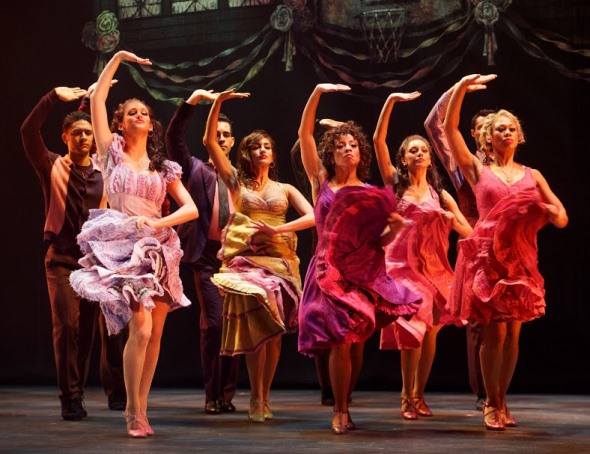